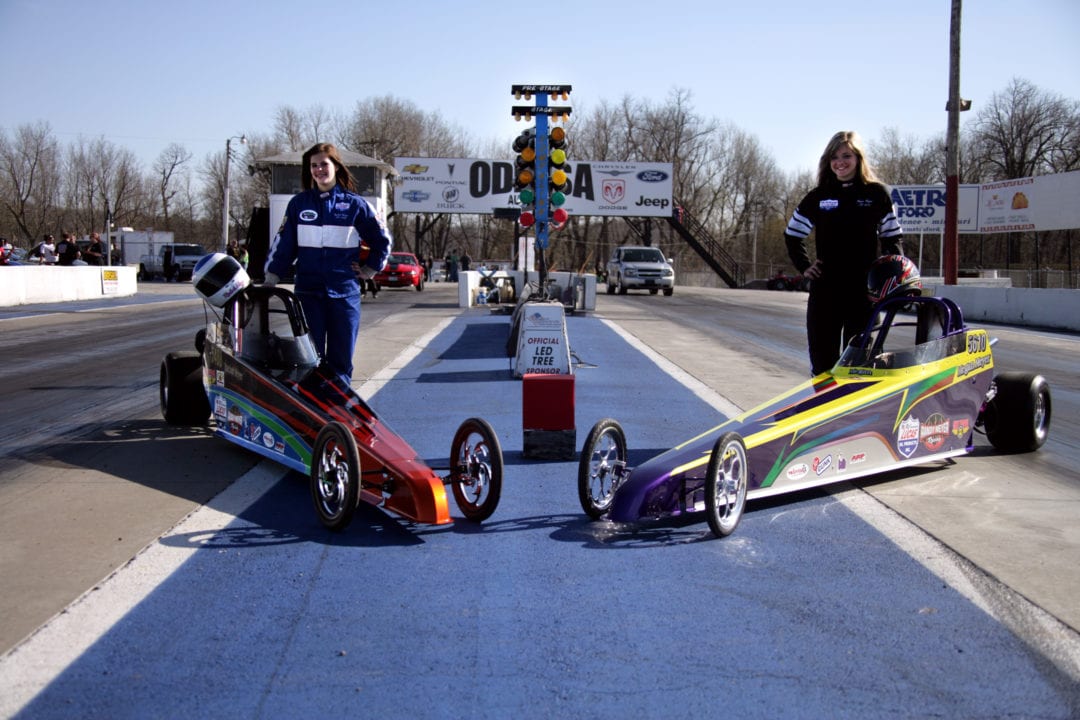 “Sisterhood is probably the most competitive relationship within the family, but once the sisters are grown, it becomes the strongest relationship,” – Margaret Mead

Growing up and racing with my sister Rachel, we had to overcome a lot of obstacles together, including our relationship. Since our parents were traveling the NHRA tour for my dad to race his Top Alcohol Dragster (now driven by Rachel and other drivers) and win the Lucas Oil Drag Racing Series championships, we spent most of our time together in school, 4-H, cheerleading and dance, and racing Jr. Dragsters.  However, by doing all of these activities together, our competitive nature blossomed into a deep-rooted rivalry.

Throughout high school and college, this rivalry quickly became aggressive, and sometimes cutthroat, as we did our best to always trump each other in racing and school. Rachel and I were quick to tattle and exploit the other just to make ourselves look good in our parent’s eyes, which was never the actual result. There are many folks from the racetrack that can attest to the stories of our stupid fights (including giving each other unwanted “hair cuts”) and how we refused to forgive the other.

Although we are extremely different in personalities and identities, we are very similar in the way we work

and act, which is why I believe we butt heads so often. We experienced the typical jealousy and mistrust that comes with sisterhood, but I believe both of us having racing careers that began at such a young age increased our envy. It also pushed us to be successful in our individual ways. To this day we still have our tiffs, but they are few and far between. As you will see in this documentary, we are still extremely competitive with each other, but we have learned that we work better together, not against each other.

This weekend, Rachel and I will be competing against each other for the second time this year in our Top Alcohol Dragsters, and we have a new sponsor on board that is supporting us: Celsius Fitness Drinks in conjunction with Menards. At our first event together this year (filmed in the video at Texas Motorplex), Rachel unfortunately had tire shake and lost first round, but she is very eager to get back in the seat, and return to Heartland Motorsports Park, where she placed second last year at her first national event. However, I will be fighting to meet her in the final round, and we will let the scoreboards determine the winner for us on race day.