In the drag racing world, finding other women to learn from and befriend is a challenge. But I’ve been in drag racing my whole life and I know that finding women to live this life with who get it is so important. Some of my best role models in drag racing are women, and I wanted to highlight some of them in this post. Women are making such a difference in drag racing — here are three that changed my life.

Not only is she the winningest female drag racer, but she’s a mom like me. From watching Angelle I’ve learned that excellence in drag racing and motherhood aren’t at odds; I can take a break to raise my kids and come back, stronger than ever. My outlook on my career as a driver has totally changed — I don’t have to choose one passion over the other, as long as I have patience.

Angelle is such a boss and if you’re not already following her on Instagram, you’re missing out! Learn more about Angelle here. 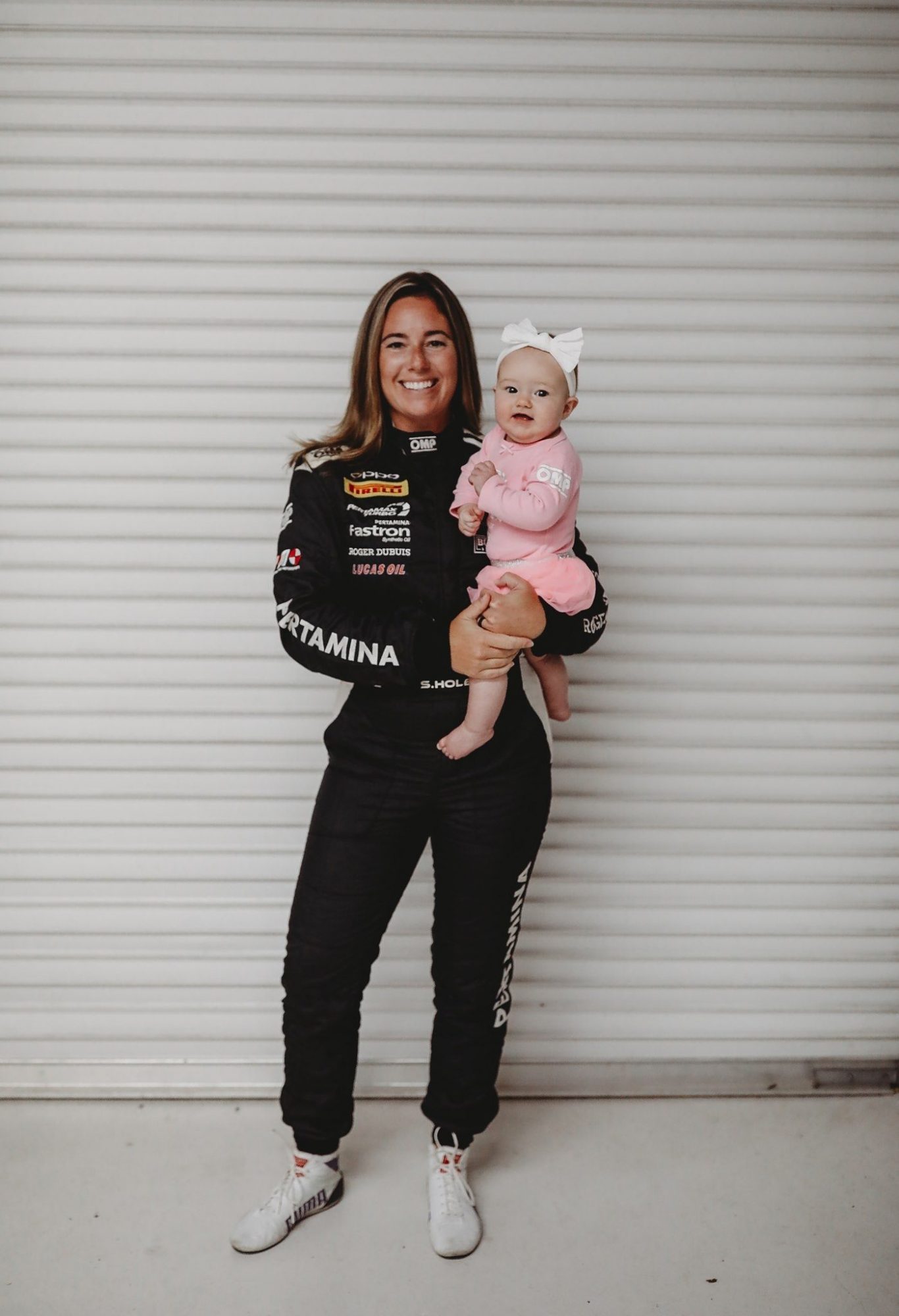 Shea has dominated in every field of motorsports, from jet dragsters to road courses to the international W series. Like Angelle, she’s a new mom, which is so inspiring to me, and she’s also a team owner. Shea has inspired me to live fearlessly and also how to handle sponsors professionally online, at trade shows, and while in meetings. This whole world of branding for racers that I’m so passionate about (and likely why you’re here!) is from watching her. She’s always trying new things and encouraging other women to step out in boldness too.

Racing is my whole life. It’s what my family does, and Diana is from that same all-about-it kind of racing life. She’s the first female to drive on the Randy Meyer Racing Team back in 2008, and she’s got her hands in all aspects of shaping a team’s image. She’s a racing photographer and graphic designer and she partnered with her twin sister (also a kickass racer) whose background is in marketing. Together they made a name in the business of racing and I’ve learned so much from them in branding and marketing. I actually was inspired to go into graphic design for my college degree because of Diana — she showed me how that skill would make my racing team better over all.

These are just some of the women who have changed my career and my life by being themselves on and off the track. Mostly, they’ve inspired me to make a conscious impact on the world of racing, especially for women. By helping women racers stand out through branding and marketing, I’m hoping that I’m leaving a legacy of successful female racers who don’t need to use their body image as a selling point.

Megan Meyer is a two-time NHRA Lucas Oil Series Top Alcohol Dragster world champion. She retired from competition after winning the 2020 championship and now focuses on teaching other racers how to make the most of their social media presence. Follow Megan on Facebook and Instagram.