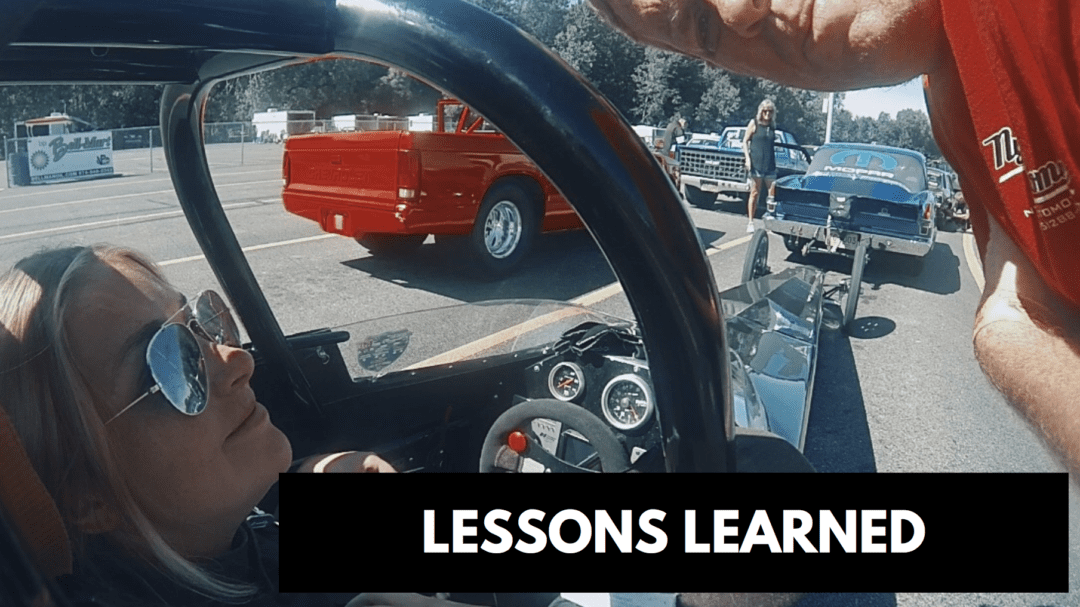 FINALLY since the last blog post I wrote, I have been able to get racing. The beginning of the season was rough with all the rain and some school events I could not get away from. So far, it has been a decent year. I have managed to get myself in the finals and semis and a few quarterfinals here and there. I know that does not sound like a lot but I feel as though I have a better grip on super pro racing than I had last year.

Towards the end of my Jr. Dragster career, I felt really confident in my racing. Like absolutely anybody could pull up beside me and I knew I could crack ‘em. And quite frankly I did, and right when I felt like I was on top of my Jr. career, I aged out. I thought that confidence would transfer over to my first year in the dragster I have now, and honestly, it did not. I always say last year was a learning year, and this year is a winning year. So far I am believing that, and my confidence just keeps going up from here. 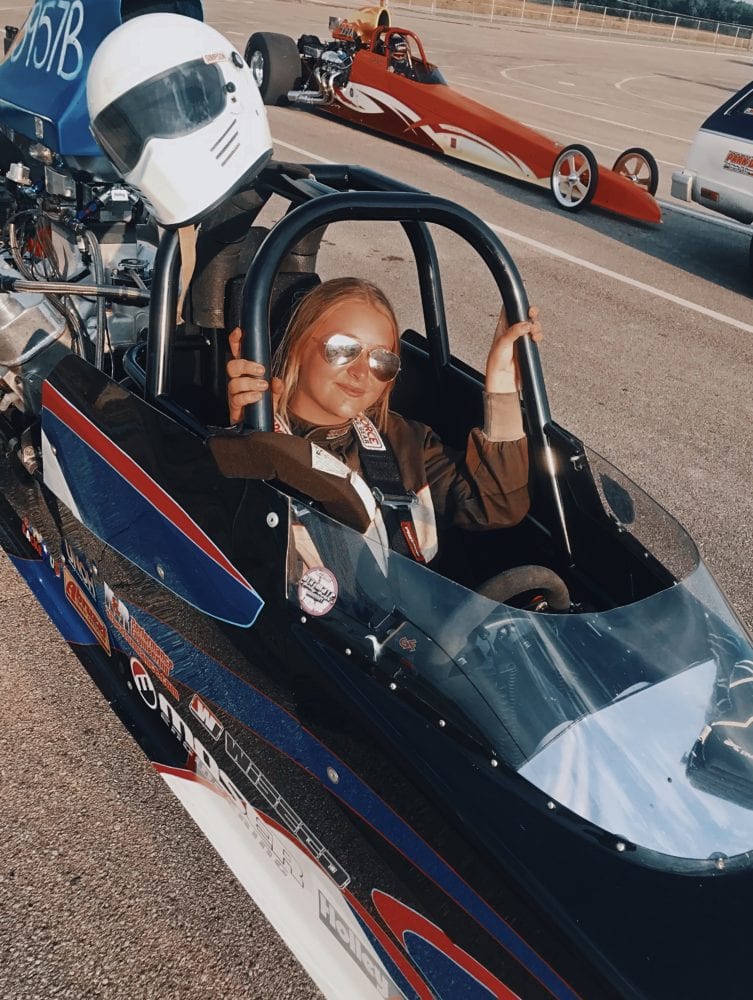 Depending on how you read this, you could think I sound a little too confident, and that I am getting way ahead of myself. But that is the mindset you have to have for yourself when you pull into the racetrack. You have to tell yourself that you are a badass and you’re going to make some noise today. If you’re getting the car ready thinking you’re probably going to have to buy back and then lose the second round, then you should not have even showed up to the party.

Earlier in the year I heard a Top Fuel driver say that he used to race not to lose. He changed his mindset and now he races to win. Now he has won more Top Fuel races this year than anyone so far. And my dad and I really took that and let it sink in. That makes so much sense – why aren’t we doing that?

The first race we brought this up was the night I got the first runner-up of the year. I kept hitting .020s on the tree and knew we were safe. OK, but we didn’t wake up and smell the race fuel this morning to be safe, we came to win. So we decided to take .005 out of the delay box so I could be set up to hit mid-teens, and then when I went to take it out, I took .004 out. In the quarterfinals, the margin of victory was .0006. If I were to initially take out that .005, I would have lost in the quarters. By winning the quarterfinals, I got the bye to the final. Then I ended up being .001 red in the final against my buddy Todd Clark.

What we learned from that is that .001 really makes a difference if you are getting that win money or not. It is so crazy to me that can really determine how we win races or not. Another thing we learned is that you can’t just play the game safe, what are you going to get from that? Yeah, I have won races being .040 on the tree the entire day and I just get on the lucky side of the race. But it could come to that last points race where if you win this round, you win the points championship. Or you’re rolling through the water box for the final round of a $50,000 race. What are you going to do? Race to not lose or race to win?

What a weekend🤩 Got the Runner Up against @malibutodd & Dad got down to the semis. Finally got some new car stuff figured out considering this is like my fourth race of the year. Thankful I get to drive this beast and get to see win lights come on. Always a shoutout to @nyesautomotive @moserengineering & @unoh_edu for the support.

Even though it is halfway through the season, I get more and more excited for the weekend to race. The more seat time I am getting, the more comfortable I get. Another lesson I have learned, and I learned this by getting too comfortable in the car, is to keep my head back before the car launches. I learned this the hard way by getting a few headaches. In the Jr. Dragster I always leaned forward because it is a Jr. – it does not take off that hard. But in a 4.70s dragster, oh by God you will learn to keep that head back. It is definitely more fun than any roller coaster I have ever ridden on.

Next blog I will tell you about my experience from the Night of Fire race and how I make impulsive decisions on whose car I am going to drive when mine breaks!