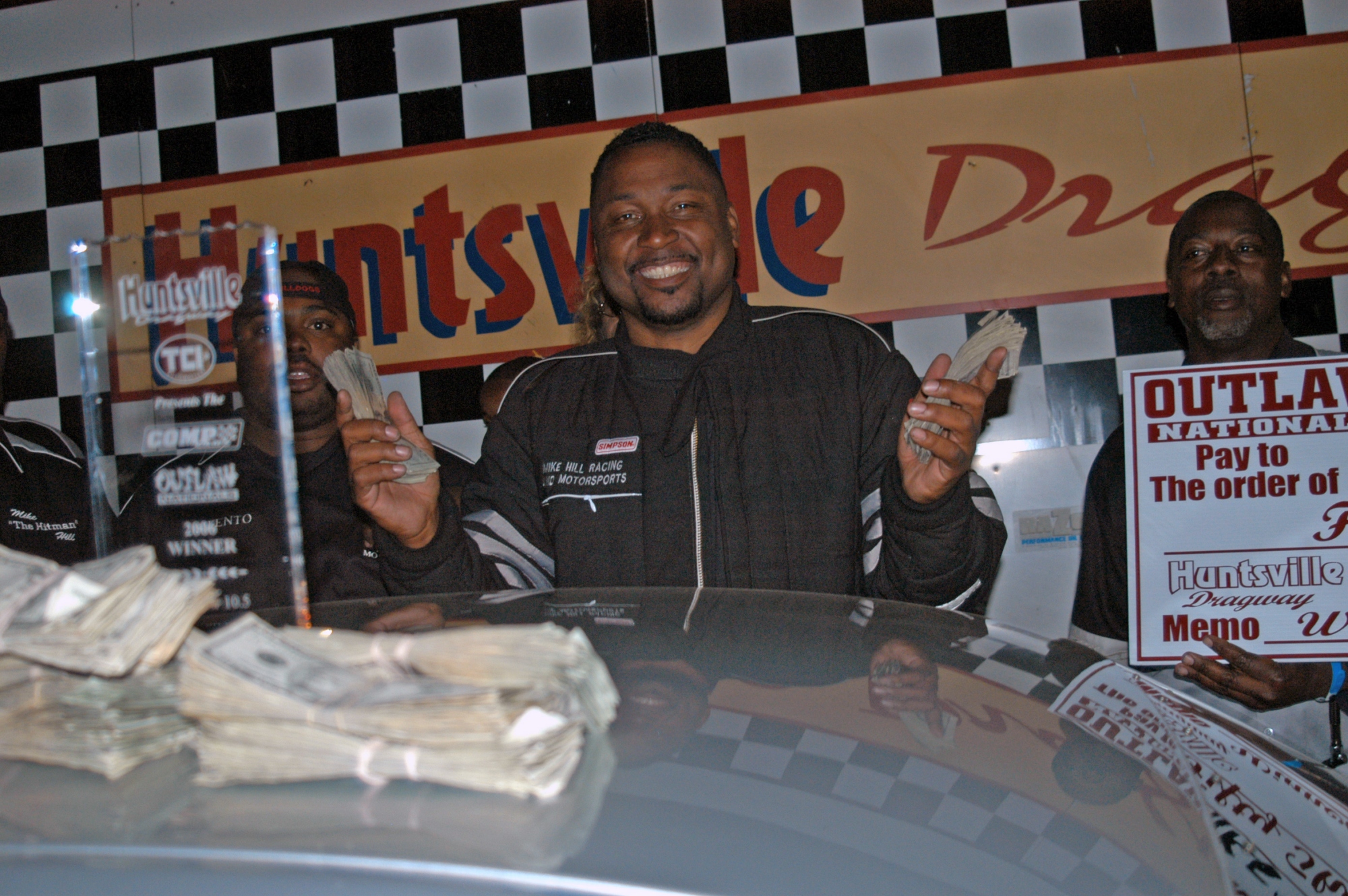 Well, back in 2006, George Howard had this big $50,000-to-win Outlaw 10.5 race at Huntsville Dragway. It was the first race ever in my brand new 2006 Ford Mustang – the very first race on the car. This race was as big of a deal as had ever been in outlaw racing, and it being my first time out with his new car made it even bigger for me, personally.

This was at the toughest, most competitive point for Outlaw 10.5 racing. All the hard-hitting guys were there like Jack Barfield, Steve Kirk, Rob Hale, Terry Robbins, Richard Sexton, [Chuck] Ulsch, [Jimmy] Blackmon, and [Tim] Lynch. All the top 10.5 racers in the world were there – everybody wanted that $50,000.

Very rarely do you have good luck the first time out with a car, but everything was just going to plan. The car was running good – I think we qualified 6th with like a 4.61 – but everyone, for the most part, was bunched up in that 4.50-4.60 range. There weren’t any easy rounds, but we made it to the final, and we had to run Richard Sexton in one of Gil Mobley’s cars from the Northeast. They’re some of the toughest guys out there on 10s. We knew we were going to have to get after it; step it up a little bit.

I got out on him off the starting line, but not by much. I think we went .029 to his .039, but it was close. The car made a hard move towards the wall about half-track, and I was fighting it all the way down through there, but I wasn’t going to lift – new car or not. We came there to win, and I wasn’t leaving without that big check. We went like a 4.566 to his 4.58. It was a good race.

Matter of fact, I’ve still got that big check hanging up in my house. The trophy, well, I look at it all the time. To win that race – against all the best guys in the world – it was huge. I haven’t done anything to top it yet. Especially when you consider that was the last huge race ever for Outlaw 10.5; that was the one that broke the camel’s back. When you throw a race that big, it’s hard to come back and say, well, this weekend we’re going to run for seven-thousand-to-win – the racers have already seen that big pot. That race in Huntsville still today, like I said, just packed. I’ve never seen one that packed since.

A lot of the rivalries that existed back then between guys like me and Steve Kirk were what brought in those big crowds. Still to this day I don’t really know what it is, but people sure like to see me and Steve race. I’m sure the Ford versus Chevy thing doesn’t hurt. Steve and I started racing each other back in like 2000, back when I first came out with that ’98 Mustang and he had that red late model Camaro. It was something everybody wanted to see – me and Steve Kirk. At the time, we were friends, but we definitely weren’t the best of friends. 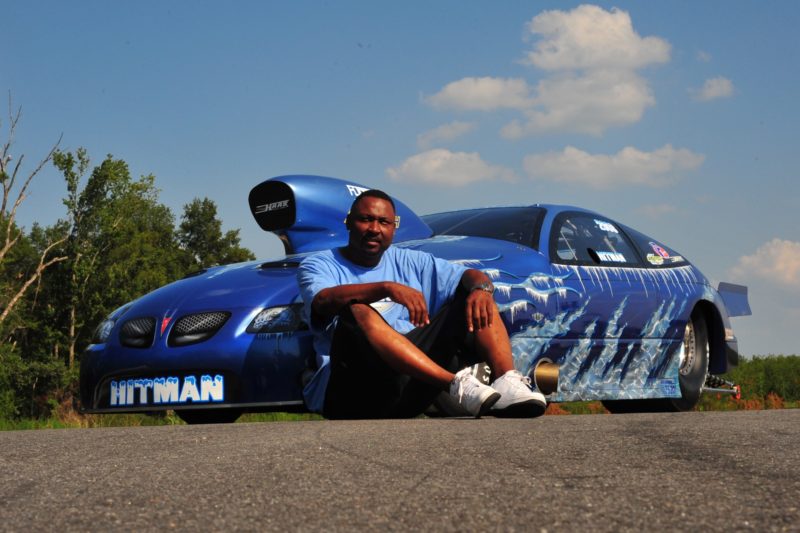 Everybody knew Steve Kirk was tough. Everybody knew when he came to the line he brought everything in the book to the table. The same goes for me, I did, too. When we showed up, we put on a show, and the fans loved it – and they bet on it. I really miss those days.

Here last year at the 90-grand Pro Mod race that we had at Carolina Dragway, me and Kirk were in the finals against each other, but we were in Pro Mods – me in my GTO and him in his Automatic Pro Mod Corvette. We had 7,000 fans in the stands wanting to see that final run, and Kirk had burned his motor up. So, I had to wait. I had to wait two hours. A lot of people in the stands had paid money to see a show, and they wanted to see me and Kirk run, so I didn’t think it’d be fair of me to go out there and take a single for the win. I felt like I could win.

Actually, everybody wanted to see us race. He had guys from other teams helping him, all sorts of guys throwing their hands in there to make it happen.