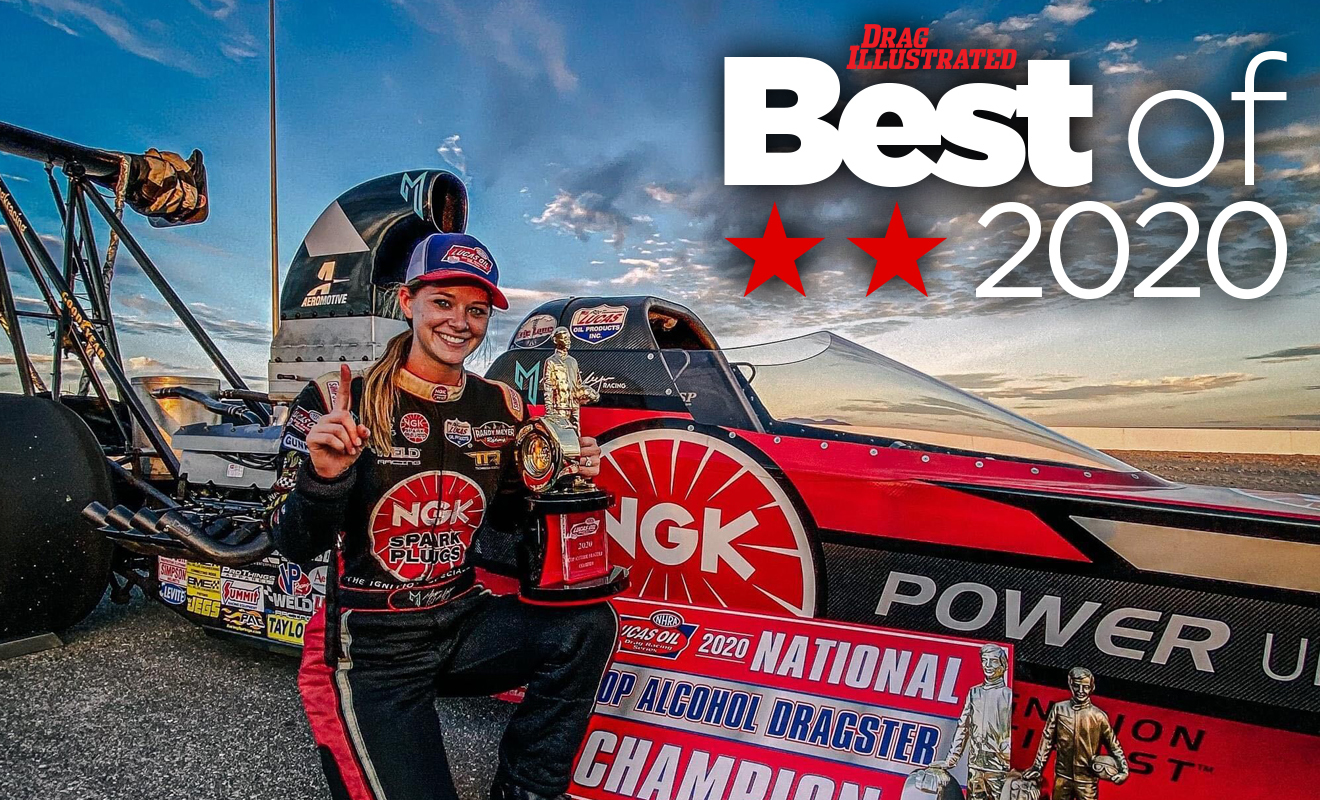 With a world championship, multiple regional titles and numerous event victories to her name, Megan Meyer didn’t have much left to prove when she announced her plans to retire from NHRA Top Alcohol Dragster competition at the end of the 2020 season in late August. But Meyer and her team, led by her father and tuner, Randy Meyer, went on a tear during the final months of the season, solidifying Meyer’s already concrete spot in Top Alcohol Dragster history.

Just days after her retirement announcement, Meyer recorded a 5.097-second pass at 278.81 during the second round of eliminations at the NHRA U.S. Nationals, making her the first driver in Top Alcohol Dragster history to dip into the 5.00s, and her 5.090 at 280.54 in the semifinals became the new national record. The previous record, 5.103, was set by Bill Reichert in 2007. She went on to win the event.

“The fact that we were able to repeat, and beat, the time in the semifinals shows how much time and hard work this team has put into this car to make it the best of the best,” Meyer said. “I’m honored to have my name in the drag racing history book next to Bill Reichert – he is a racing legend and it’s humbling to continue the strides he has made in the sport.”

Meyer added victories at the NHRA FallNationals in Dallas and the NHRA Finals in Las Vegas, bringing her total to five event wins this season.

“This championship is all for my parents [Randy and Mary], JJ, and Roy, who have all done so much work to get this NGK Spark Plugs car to be the best it’s ever been,” Meyer said.“These guys do all the work. They are the champions. They deserve this so much.”

Meyer got married to fiancé Adam Lingner in late October, and launched a new sponsorship e-course for fellow racers in November. She’s stepping away from driving to focus on her family and business interests. She also plans to go bracket racing when time allows.

“I’ve accomplished pretty much everything I’ve wanted to accomplish in Top Alcohol,” Meyer said. “I’m ready to take a break, focus on getting married, starting a family and working on my own business. I have other goals in my life right now that I want to focus on. I’ll see where that takes me.”