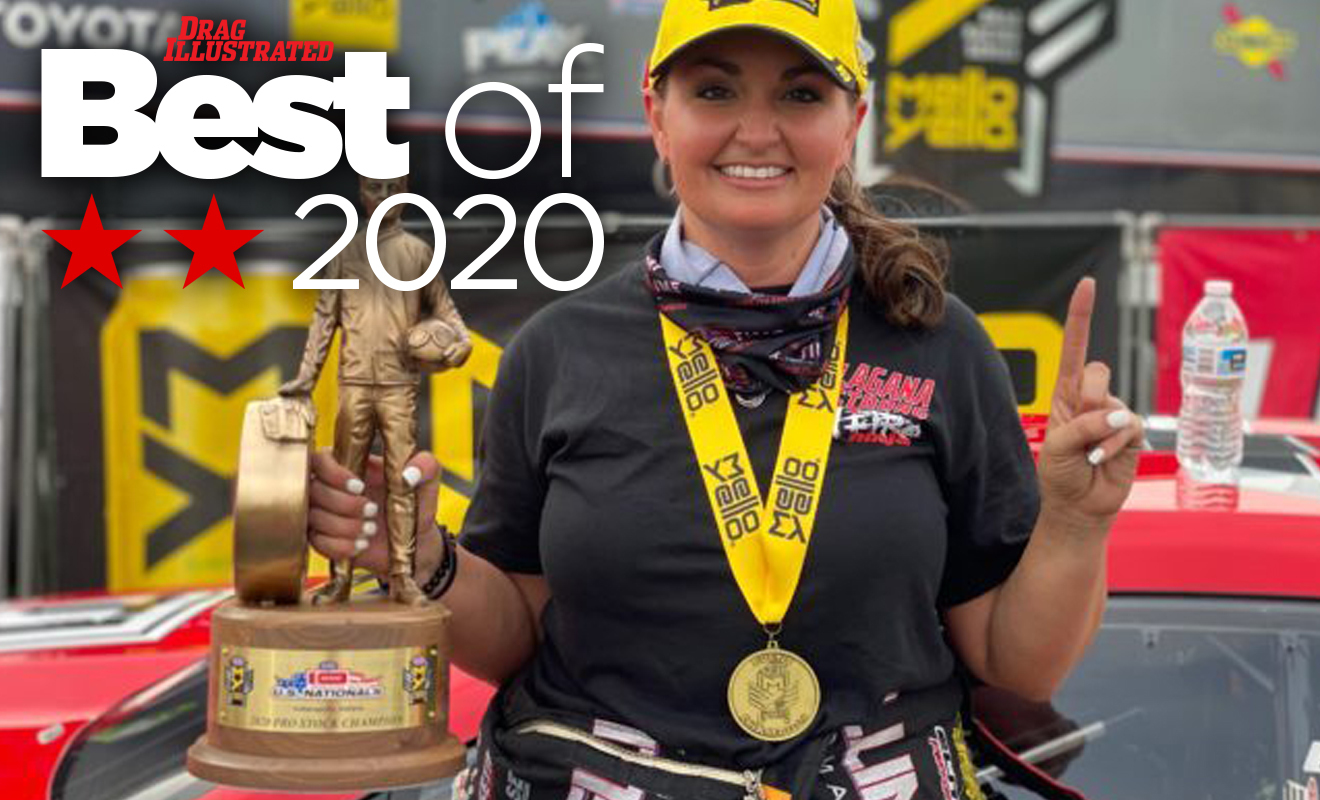 For a multitude of reasons, Erica Enders’ victory at the 2020 U.S. Nationals ended up as one of the biggest wins in her storied career. By the next evening, the magnitude of the victory took on even more life.

After a crushing loss to Alex Laughlin in the final round the previous year, Enders enjoying redemption a year later was a massive story, one that contributed heavily to her second straight Pro Stock world title and her fourth overall championship.

It was an emotional scene, as Enders bounced back on drag racing’s biggest state, going 6.606-seconds at 208.55 mph to win in the final round. Enders was a dynamite .009 on the starting line, setting off an emotional celebration that more than made up for the heartbreak from the previous year.

“Last year, when it happened, it was a hard pill to swallow,” Enders said afterwards. “To be in the moment when you get it done after all the things that happened, this team rose to the occasion. My guys are amazing and they continue to give me a great car. It’s all about teamwork and we’re there for each other.

But that was just the tip of the weekend. The day after the victory, President Donald Trump tweeted to Enders, sending a message of, “Congratulations Erica. Fantastic WIN.”

The tweet ended with nearly 15,000 retweets and 65,000 likes, putting Enders’ incredible victory on a worldwide stage.

In the time that it happened, Enders was blown away by the congratulatory message.

“It’s still kind of surreal,” Enders said following the tweet. “My phone started blowing up and my sister (Courtney) sent me a screenshot, and I didn’t know what to think. Being recognized by the most powerful man in the world is pretty incredible. And not just us, but our team and our sport. Look at the number of people who could now watch because it was put in front of them by our President.”

Enders used that momentum to roll to another world championship, giving her more world titles than any female in the history of the NHRA professional ranks.

She finished off the year with two more victories, including at the finale in Las Vegas to help clinch the world title.

But after the immense disappointment of 2019’s final round loss at Indy, the victory in 2020 – and the tweet that followed – might have been Enders’ biggest moment of a spectacular season she won’t soon forget.

“It was an epic event and it showed how amazing our sport is,” Enders said at the time. “To end up on top is just unbelievable. You’re grateful for every win you have and you try to soak it in and enjoy the moment, and Sunday was so spectacular. The emotion, the nerves, the whole storyline from last year and then what happened after the win, it was amazing. I would put it right up there with winning the final round in Pomona to lock up the championship (in 2014).”