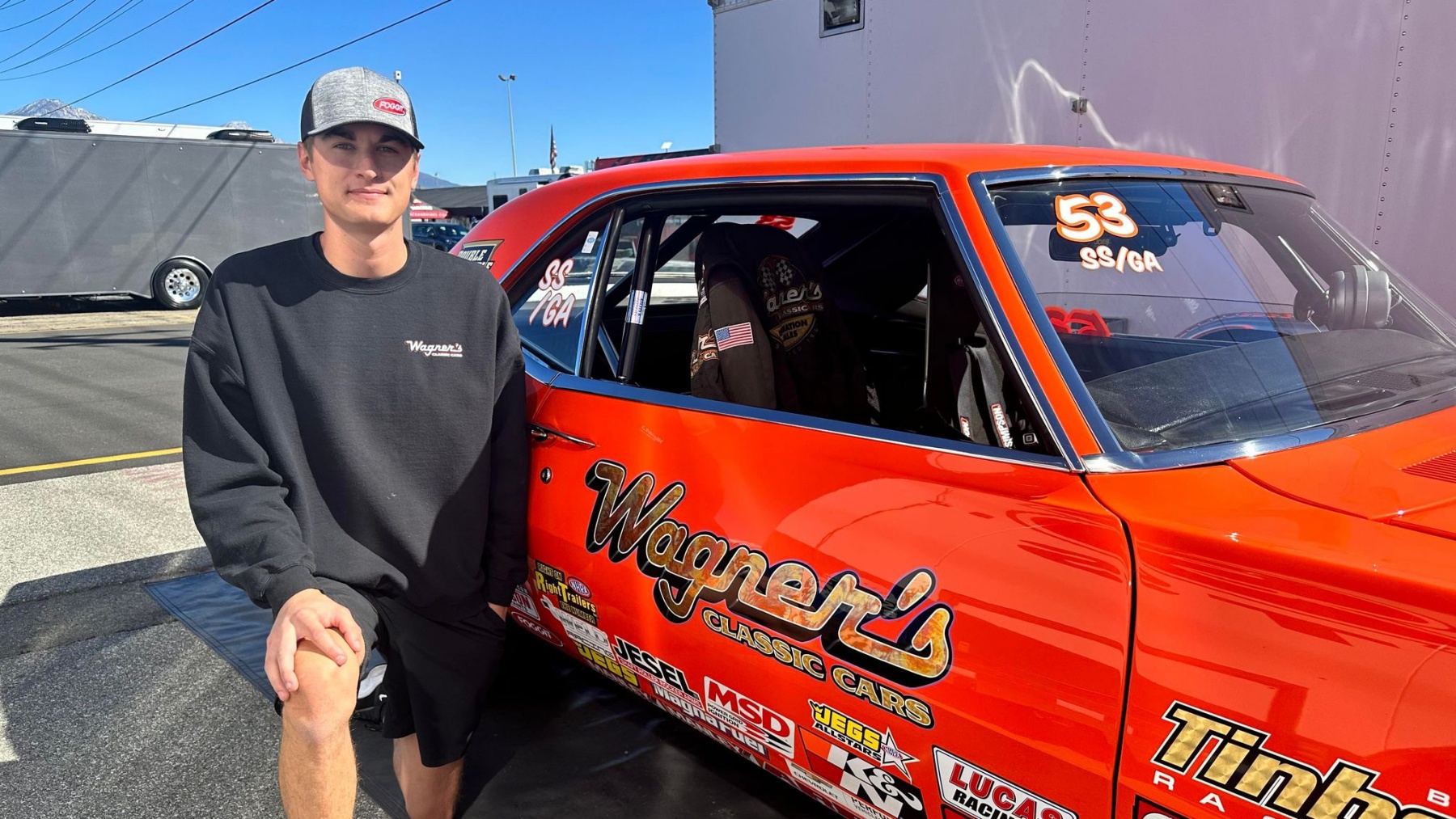 At 21 years of age, Wyatt Wagner is well on his way to a long and prosperous career in NHRA drag racing. Wagner has the car to get it done, and he’s steadily begun to show his hand as a capable driver in Super Stock. He’s been a Jr. Dragster points champion, a division champion, a national event winner, and an allstar, and this year, Wagner has been heavy in the hunt for the national title.

For the third-generation competitor, racing was something he always knew would be a large part of his life.

The Kansas native first got into a Jr. Dragster right around the age of 8, but he wasn’t truly all-in for quite some time. Heavily involved in travel baseball until he was 18, Wagner simply raced when he could. The coast-to-coast baseball experience absorbed most of any free time he might have otherwise had, but the decision was intentional.

“My dad and I both had the thought that we would have time to race when that part was over, but we wouldn’t always have the chance to travel and play baseball. I’m glad we did it that way,” he says.

When Wagner was 16, he procured his current race car and began competing at the divisional level in NHRA’s Lucas Oil Drag Racing Series. He quickly began to tap into the racing genes that had previously lain dormant, and in his first year competing in the wheelstanding Super Stock class, Wagner was crowned the Division 5 champion and Rookie of the Year.

“It was pretty cool to have success like that right off the bat,” he says. “Then to be a JEGS Allstar twice and win my first national event at our home track in Topeka last year. But I think I’m most proud of the fact that I get to do this with my dad. Everyone likes to win, but there are a lot of people out here by themselves while their family stays home. If it was something I had to go do on my own, I would – but I wouldn’t enjoy it as much as I do with him. We work well together, and we get to do this together. That’s my favorite part.”

It doesn’t hurt that Wagner drives a stunner of a race car. His striking Wagner’s Classic Cars- branded 1968 Chevrolet Camaro is actually a replica of the Super Stocker his dad, Scott Wagner, drove.

“He ended up selling that car, but when I got old enough to race, that was the one I wanted,” explains Wagner. “So, we built another car to look just like that one, and that’s what I’ve been racing since I started. We finished the car two years before I was old enough to race, so my dad raced it a couple of years before I started. That car is my baby. We’re pretty close.”

On-track, Wagner’s steady demeanor is fearsome and has likely contributed to his speedy success. His attitude is one that makes it easy to bounce back when things don’t go quite as planned.

“I don’t really get too worked up or stressed,” says Wagner. “Super Stock is my home, and Stock/Super Stock racing is just the kind of racing I like. What’s supposed to happen, will; I just give it my best shot. My dad and I both accept that it is what it is, and we seem to have pretty good luck doing it that way.”