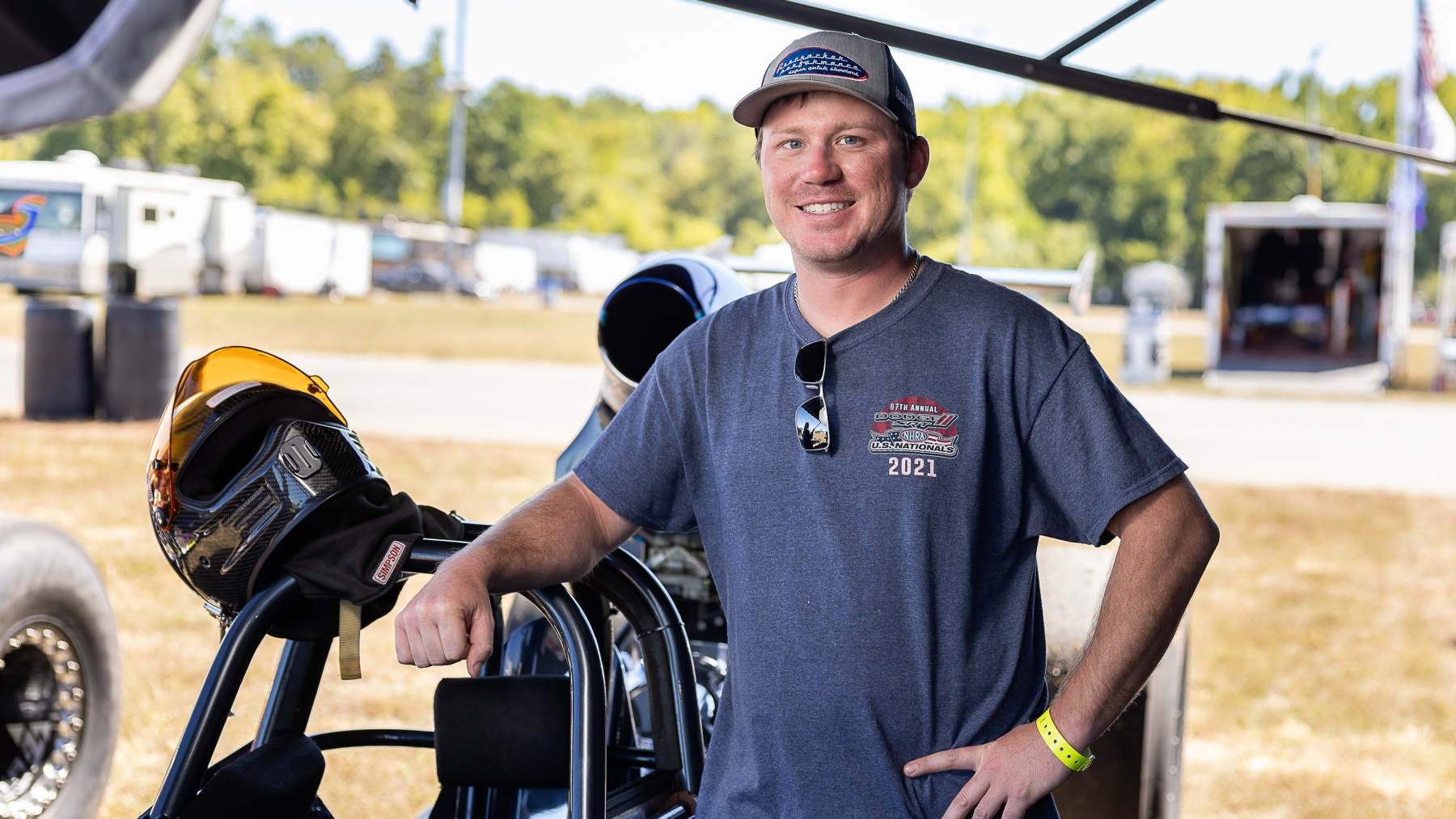 The Isenhower name is strong in the .90 classes in NHRA’s premier Sportsman series, as Indiana natives Nick Isenhower and younger brother Devin have been bringing a 1-2 punch to both Super Comp and Super Gas. Devin got a jump start in racing big cars by a handful of years, and once Nick joined the quest, he wasted no time in reinforcing that the family name is not one to be taken lightly.

“I’m just coming off my third year in a big car and my second season running the NHRA Lucas Oil Drag Racing Series, so to be nominated for the Drag Illustrated 30 Under 30 list is truly a surprise,” says Isenhower, whose brother was a 2018 honoree. “The past couple years, our family racing team has seen some tremendous success running the NHRA events, which we’re very thankful for, but being recognized by Drag Illustrated for some of this early success makes it even more meaningful.”

The eldest of the Isenhower brothers was not terribly interested, initially, when it came to drag racing, but it only took a couple of times watching Devin race a Jr. Dragster before Nick knew it was something he was powerfully drawn towards as well. He joined his brother in the Jr. ranks, and down the road, college and getting his career off the ground held him back from graduating immediately to big cars. In 2020, Nick finally entered the world of Super Comp in a second family dragster, and after a runner-up at the St. Louis divisional event that year, he made his NHRA national event debut at the fall race in Las Vegas.

At the very next national event in which he competed – the prestigious NHRA U.S. Nationals in Indianapolis – Nick earned the coveted trophy.

“I’m definitely proud of that accomplishment,” he said earlier this year. “My brother did it in 2018, and I wondered if I would ever be able to win that race. We know the track well, so it was extra special – for one, because it was the U.S. Nationals – but it was also an eight-round race. Most of the people I race against have been doing this a long time, so to go the extra round and get the win was awesome.”

Nick continued to shine at his very next national event, the Midwest Nationals in St. Louis, where he accomplished the incredible feat of going back-to-back with wins in the intensely competitive, well-populated Super Comp category. So far this season, he’s won Super Comp twice at the division level and debuted a brand-new Super Gas Corvette roadster at the U.S. Nationals. In its debut, the Dean Mcilvain-built roadster scored Best Engineered honors, and Nick raced it to the semifinals at an eight-round division race in St. Louis to close out the season.

“It’s very special to share the 30 Under 30 title with my brother. Our team has put in countless hours and traveled from coast to coast (from North Carolina to California) chasing a Sportsman national title,” says Nick. “Even though I haven’t achieved that goal yet, it’s very humbling to know our dedication is not going unnoticed.”