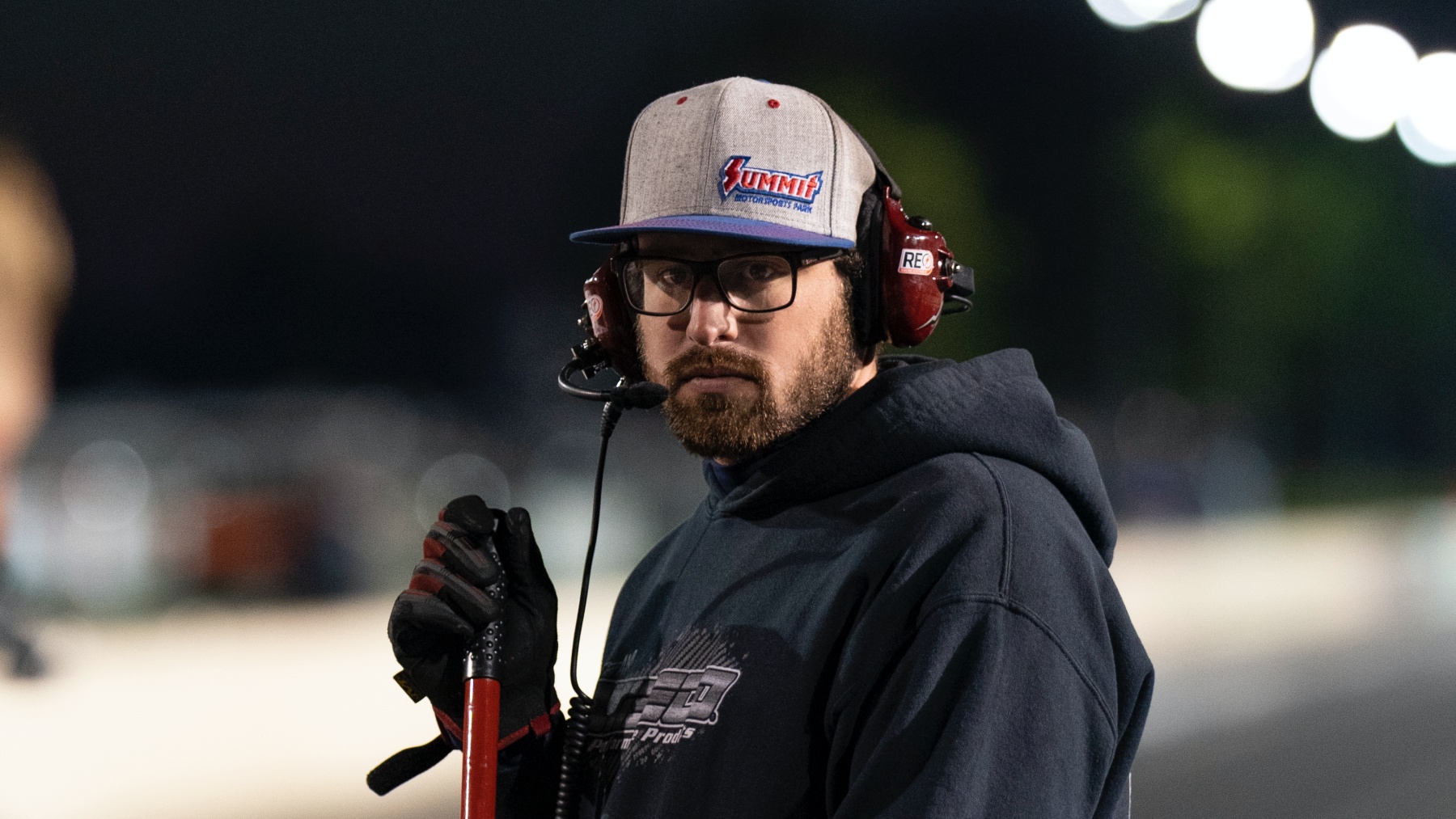 Evan Bader admits he didn’t set out to become the track manager of one of the most popular dragstrips in the world, Summit Motorsports Park, even though he’s the grandson of former longtime track owner Bill Bader Sr. and son of current track owner and president Bill Bader Jr. But after rising up the ranks, Bader realized he wanted to be a part of the family business: entertaining fans and giving racers a place to do what they love.

Bader remembers coming out to the track as a young boy, watching the jet cars and Funny Cars at big races like Night Under Fire. He started picking up trash and announcing with the late “Skeet” Peaco when he was just 10, watching countless events unfold from the race control tower perched atop the massive grandstands. He announced whenever his school schedule allowed, though going away to college forced a cutback. He ended up back at the track after graduating in May of 2016, and continued announcing while also learning other roles around the facility from former race director Nettie Damron and former track manager Sam Lance. While learning more about the track’s operations, Bader found where he fit in.

“After college, you have the expectation or the idea of what work is like, but you really don’t have a good idea until you get there,” Bader says. “I was able to take some time and get acclimated and started getting more into where I am now as far as being a track manager. This isn’t really what I expected to do out of college, to be completely honest, but it was something I found I enjoyed doing. I was pretty good at it. I learned quick. I was able to work with some really talented, smart people. You try to pick up what you can from who you work with.”

Bader grew up around two of the best mentors in the business of racetrack management and promotion. His grandfather bought what was known as Norwalk Dragway in 1974 at age 27 and built it into one of the most celebrated dragstrips in the world. He also owned the IHRA for several years. Evan’s father picked up where Bill Sr. left off, carrying the track into its current status as an NHRA national event facility. Now 29, Evan grew up paying attention to everything Bill Jr. and Bill Sr., who passed away in late June, did to make the business successful.

“When my grandpa died over the summer and we had his funeral and celebration of life,” Bader begins, “the big thing that really stood out to me was the way he treated people and the way he remembered everybody and the way he always had a smile on his face. He was always just happy to see you. He remembered you, he remembered interactions he had with you, your kids’ names, where they went to school, just stuff like that. It’s about the people and how you treat your guests. If you treat people right, everything else kind of sorts itself out.”

Bader, who’s expecting his first child with wife Kelli in mid-December, realizes he has big shoes to fill as the third generation to manage the treasured Norwalk, Ohio, track. But if anyone is up for the task, it’s Bader.

“My grandpa started it, my dad elevated it, and it’s my duty and my goal to continue it on,” Bader says. “Continue entertaining guests and being that place for people to come and enjoy their hobby, and just carry it forward. Not many people have the opportunity to continue a family legacy, which is really what it is. I guess in my mind I just want to keep it going.”