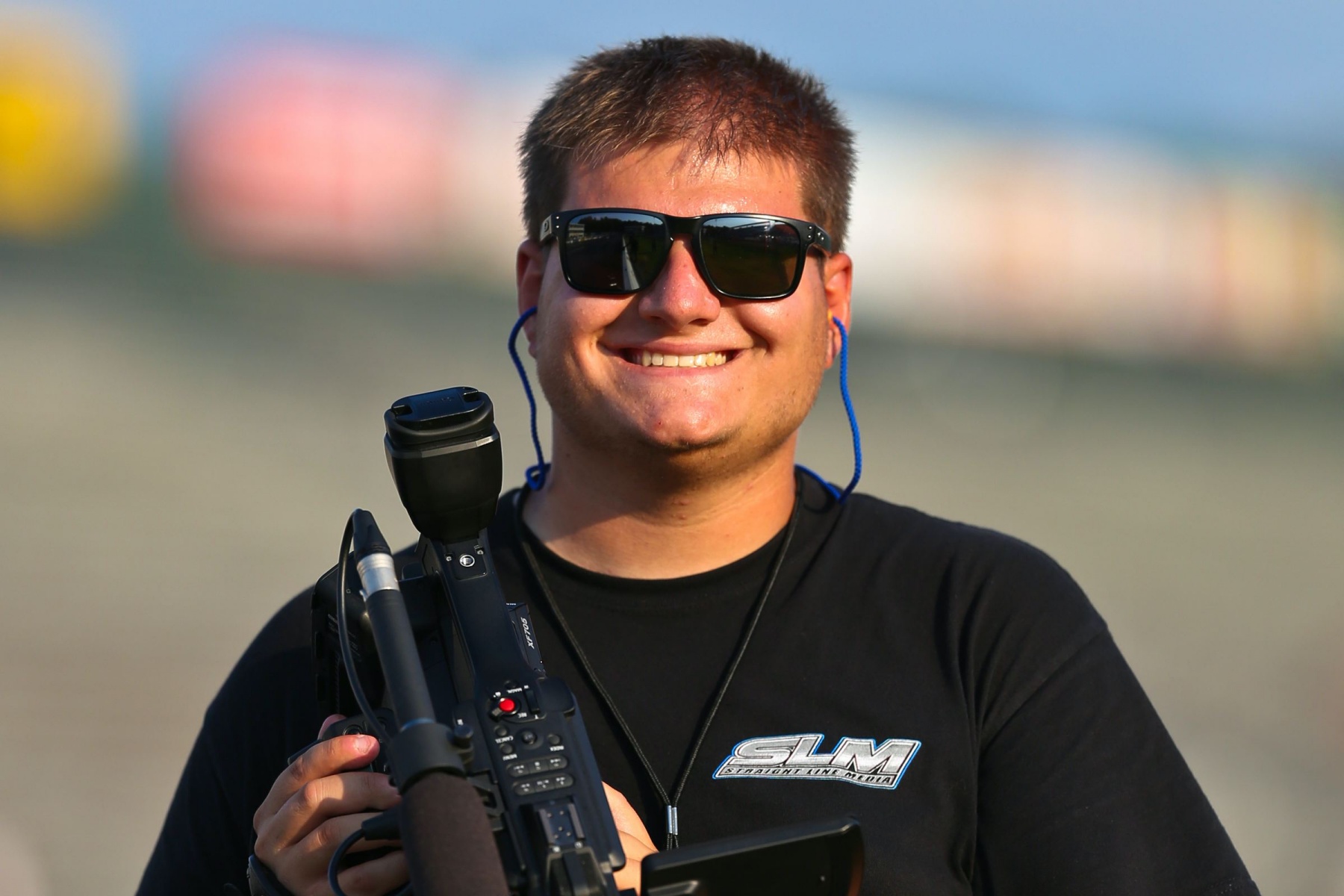 For more than 10 years, Kyle Christ has been toting his video camera to the racetrack to capture racing action. In the beginning, he was simply recording passes for his father, Tim, who built cars out of his Coast Chassis Design shop and needed to review the final products in action. Now, Christ spends nearly every weekend of the year at the dragstrip filming footage for the masses.

“I started in 2009,” says Christ, 23. “My dad built an Outlaw 10.5 Mercedes, so I started with that and Nate Pritchett’s Mustang that my dad built. My dad told me what he wanted to see. That’s how it started. Then I made a YouTube channel and here we are.”

Christ’s YouTube channel, Straight Line Media, now has over 4,000 subscribers tuned in to watch clips and compilations from PDRA and MWDRS races, major radial and grudge races, and other events throughout the eastern U.S., specifically Christ’s native Florida.

Along with publishing content on his own pages, which have 36,000 followers on Facebook and 15,000 on Instagram, Christ provides video content for PDRA, MWDRS, and Menscer Motorsports. Menscer is also one of his season-long coverage partners, along with Coolshirt Systems and Doorslammers 2.

“I couldn’t do this without my parents, of course, and all of my coverage partners,” says Christ, who’s also crewed on a handful of Pro Mod cars out of Florida. “I also really appreciate all the viewers for supporting me over the years.”

As of early November, Christ had attended 35 different events this season, not including local test sessions he attends for clients like Justin Swanstrom and Fletcher Cox. He has even more events still on the calendar, but his goals for the future include being able to cover even more races each year.

“I’d like to get to the point where I can hire more people to do what I do for me so I can cover more than one event per weekend,” Christ says. “If there’s a PDRA race and a grudge race on the same weekend, I’d like to be able to pick one and send someone to the other one. I just want to cover as many races as possible.”