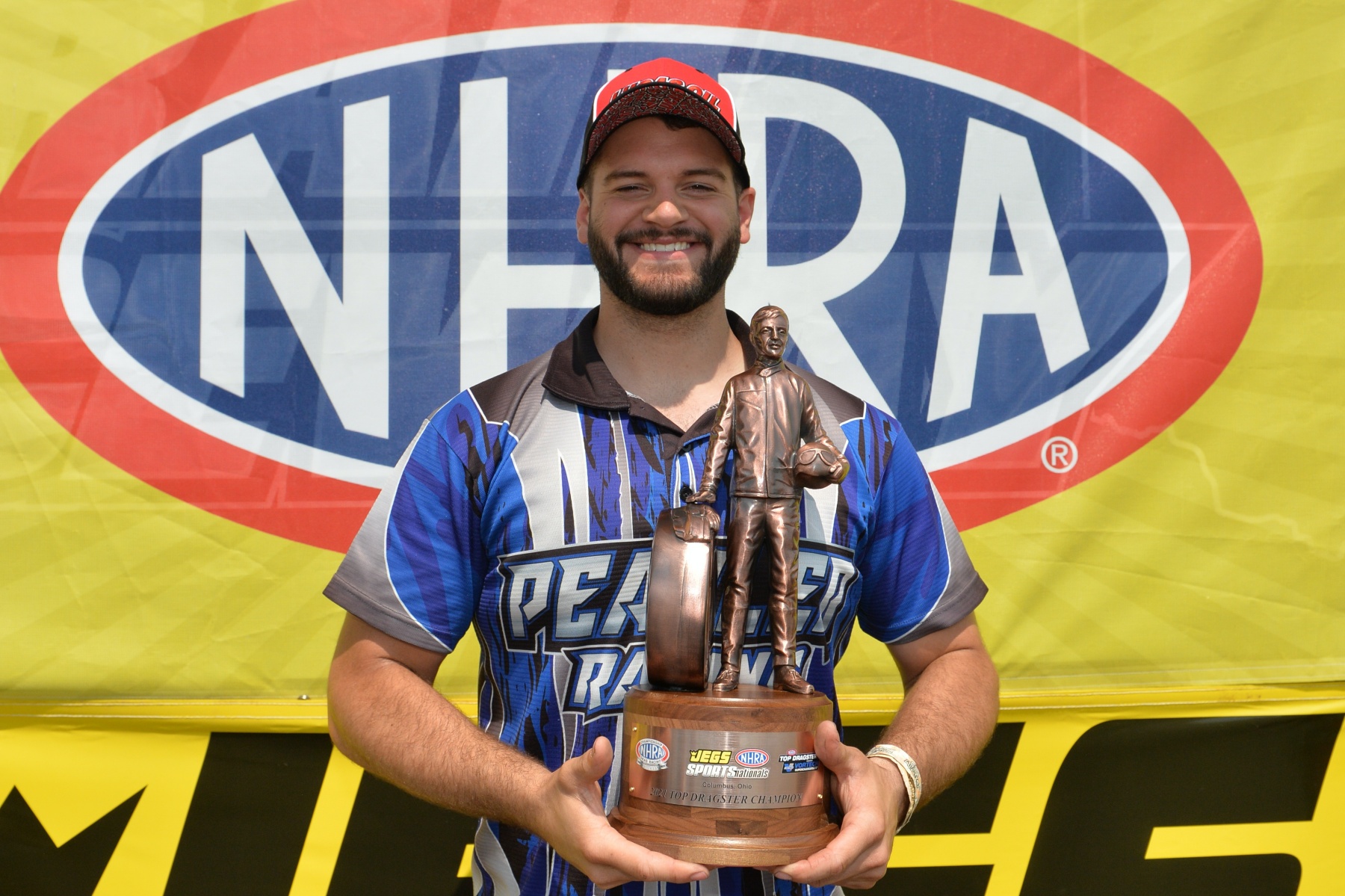 The recently crowned Lucas Oil Drag Racing Series Top Dragster national champion has an interesting story in that he hadn’t won a race until this year. Once second-generation racer Blake Peavler did win, though, the wheels were set in motion for not only additional victories, but also the first NHRA world title for the family.

For his efforts, Peavler claimed his position as one of Drag Illustrated‘s illustrious 30 Under 30.

“There are so many good names that have been on this list, so it’s incredible and humbling to even be thought about for this,” he admits. “I never dreamed I’d be here, but we’ve had a pretty good year so far. This is definitely awesome.”

“My dad has always raced, but he sold his car to raise us kids when we were little,” explains Peavler, 28. “When I was about 10, he got a race car again and ran local bracket races for years, then he built a dragster and starting running JEGS Super Quick and a little bit of Top Dragster. It was an easy decision for me, once I started racing. He was already at the division races, and I like to go fast.”

Now competing in his third season of Top Dragster, the younger Peavler was 18 when he first started bracket racing a dragster at a casual pace. For nearly a decade, he was a part-time competitor – mostly at the division level – until 2019 when he stepped into Top Dragster and ran a full schedule.

The next season, Peavler upgraded to a new dragster and installed a ProCharged engine, and, he says, “the car has been phenomenal. We got all the bugs ironed out in 2020, got the tune-ups, and this year it all came together. It’s been deadly consistent.”

Peavler’s triumphs in 2021 have included division wins in Indianapolis and St. Louis, as well as his first national event trophy in Columbus at the NHRA JEGS SPORTSnationals.

“That big national event Wally is definitely my proudest achievement so far,” says Peavler. “I would like to run Top Sportsman, but I’m going to continue running Top Dragster as long as we can. I really enjoy this class.”