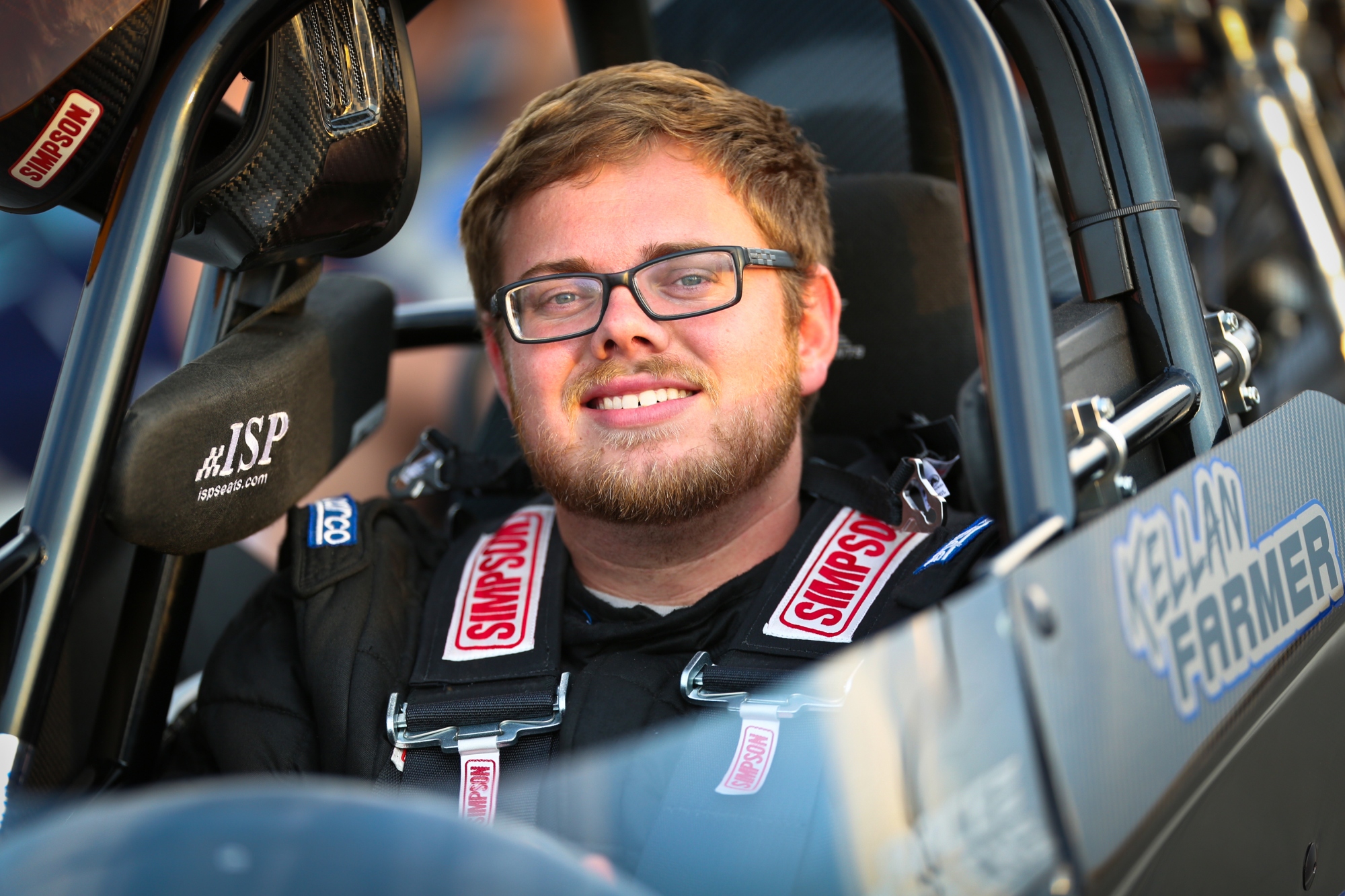 As the son of Race Tech Race Cars founder Russ Farmer, 26-year-old Kellan Farmer understands the ins and outs of building race-winning, championship-caliber race cars. But this season, he also demonstrated that he’s equally capable of driving them.

Farmer, who grew up racing Jr. Dragsters and eventually a bracket dragster, started the year with a chip on his shoulder. He’d heard racers claiming that Race Tech cars are great for bracket racing, but not so ideal for consistently performing in the rapidly growing world of fast bracket racing in Top Dragster and Top Sportsman.

“We said, ‘Well, we know that’s not true,’” Farmer, the shop foreman at Race Tech, begins. “We know we can lay it down and be consistent at it, so we decided we were going to build something and go chase NHRA or PDRA. I went out to the GALOT [PDRA] race in the spring. We had just finished this car. We had built it to show everybody what we can do.”

Farmer proceeded to win the race, starting off a PDRA Elite Top Dragster world championship chase that saw him add a runner-up finish at the PDRA Northern Nationals. Later, Farmer’s nitrous-assisted dragster was taken out of commission in a test session. He finished the season in a turbocharged dragster borrowed from customer Phil Unruh, ultimately clinching the championship at the World Finals.

“That was very rewarding,” says Farmer, who won a $15,000 race at the 2018 Spring Fling. “We really got our point across, especially since it was my first season running that fast. You can’t really tell me that it was driver experience. I’m pretty much going to count most of my wins to that car and how consistent it was. It proved our point, and just having all our hard work pay off made it worth it.”

Defending his title and going for a double-up next year is very much on Farmer’s mind, but as he explains, he has a race car in pieces and a borrowed car that he’s giving back. He has all the parts needed to rebuild the nitrous car, though his forced experiment with the twin-turbo setup has him considering that as an option. But before anything happens on his own car, Farmer insists on tending to the needs of his customers.

“I can’t say for sure what I’m going to do because it all depends on work flow and how I can get everything done, but the plan is to chase the PDRA points again,” Farmer says. “But keeping Race Tech going is the priority.”