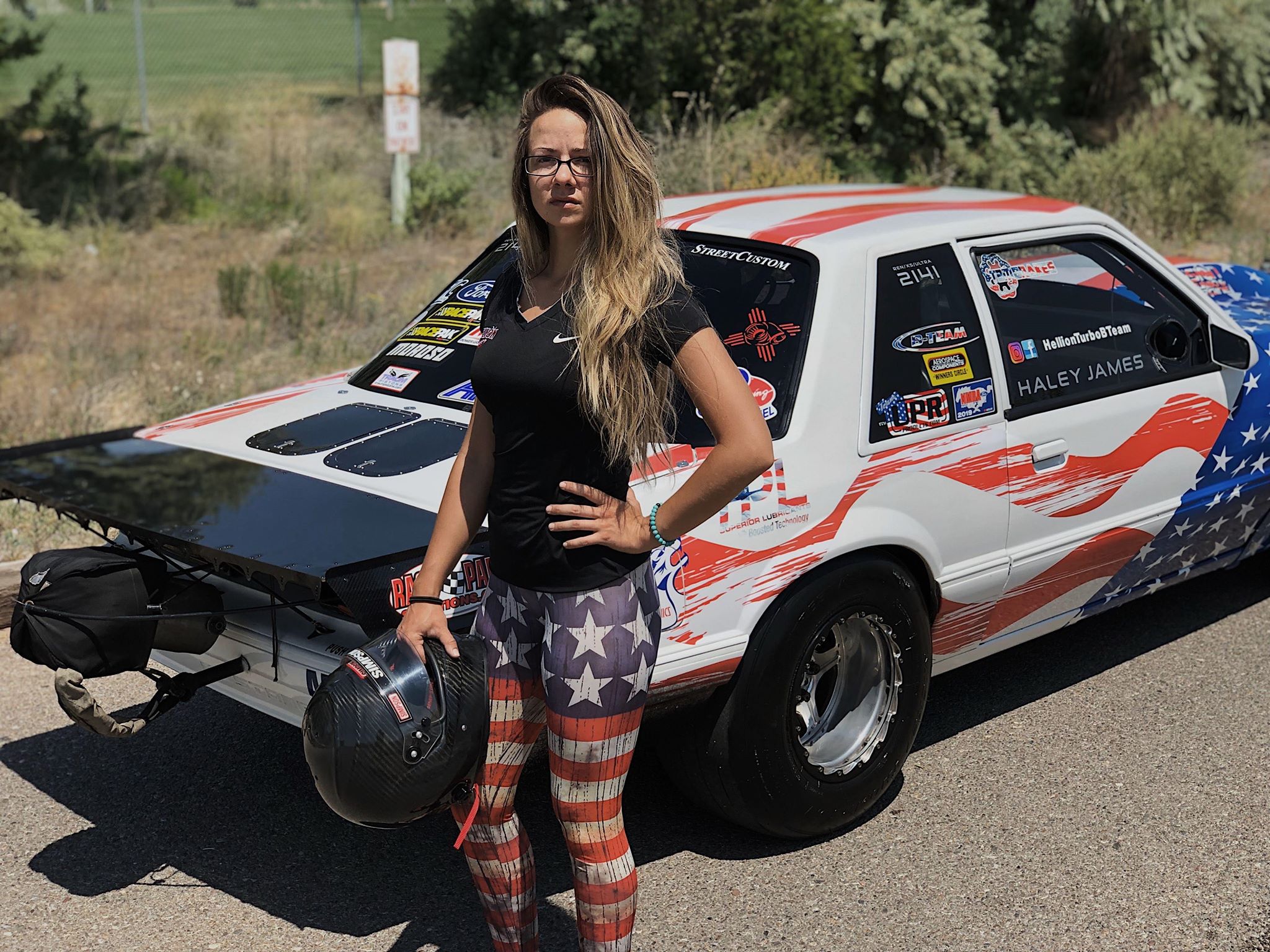 Haley James has enjoyed a tremendous amount of success in her young career, picking up a third championship in the NMRA ranks this year.

But it’s perhaps in James’ most trying moments as a racer where her true spirit and character has been most apparent. After winning a championship in her first year in 2015, the next two years were a struggle. She responded by winning back-to-back championships, but adversity struck in 2019 with a crash at the season-ending race in Bowling Green, Kentucky.

It was James’ first crash, but it wasn’t long before the Albuquerque native was back to having a good time with her father and team. She even signed a door of the wrecked car, giving it to a young fan, who promptly burst into tears. But it was James at her finest – holding her head high and representing the sport well, even in the most trying times.

“It’s just really cool this sport has such an impact on people,” James says. “The fans are so genuine and that forces you to be genuine as well. If you’re not having fun, then there’s no point being out there. Even after the wreck, and that’s by far the worst thing that’s happened to us at the track, we’re still cracking jokes and trying to move forward. In adverse time, we seem to thrive there.”

It’s why James is already so excited for 2020, where she’ll debut a new car. Before that, though, there’s plenty to celebrate from her 2019 campaign, including another world title and a spot on the 30 Under 30 list.

“That’s a really cool thing to achieve,” James says. “Even though we’ve had success with championships, this is something I hadn’t achieved yet, so it’s a huge accolade.”

In a style distinctly her own, James has made a positive impression on the younger crowd, while the older generation has a strong affinity for the nod to Americana on James’ car.

Combined, James’ no-nonsense style has allowed her to carve out a noticeable spot in the sport, thriving with her family-based B-Team flying the Hellion Turbo flag. James and her father, a longtime successful driver, have been a formidable duo, and never one afraid to speak her mind, James is confident she’ll be back in championship form in 2020.

“With the new car, our plan is the same and we plan on being competitive by the end of qualifying at the first race,” James insists. “We’re excited to think about the future and we’re going to continue to prove people wrong who are hoping for us to fail.”