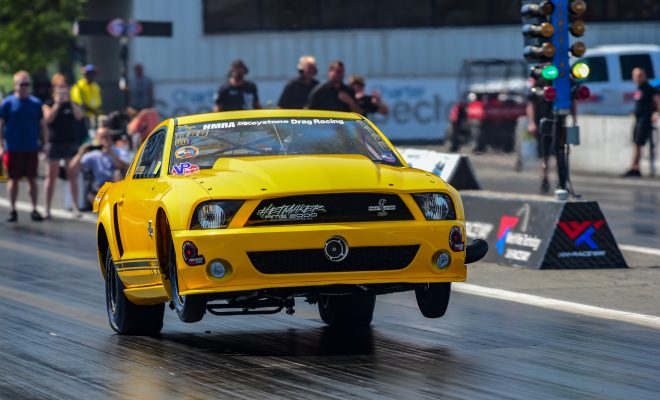 The Fords were flying and the action was astounding at all six of the NMRA events in 2019.

The Aerospace Components Winner’s Circle was a highlight at each track, and when the last two cars took the stripe at the final stop on this year’s NMRA tour, champions emerged.

“The 2019 NMRA champions have earned their place in the record books of the longest running street-legal drag racing series in the history of the sport,” says Mike Galimi, Director of Content and Marketing, NMRA Keystone Drag Racing Series. “Being an NMRA champion carries a prestige rivaled by few other achievements in this segment of motorsports due to the intense competition and perseverance required to attain the title.” 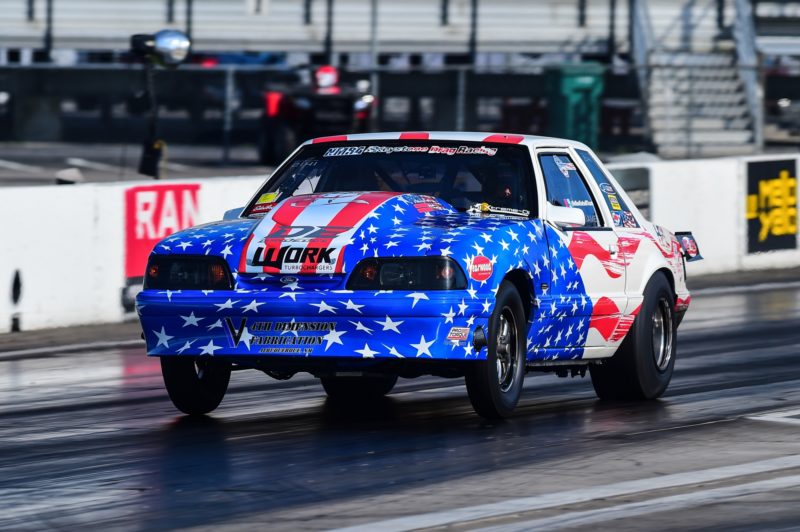 Hotshot Haley James led qualifying in NMRA Edelbrock Renegade with a 4.81 at Bradenton and another 4.81 at Gateway, and she won at Summit Motorsports Park and Gateway in her Mustang motivated by a Coyote engine which she and her father, Dwayne James, built and fronted with a Work turbo. She was poised to put down some serious power when a stuck throttle cable caused her to wreck at Beech Bend Raceway. Despite that, there was reason to celebrate, as the Hellion Racing B Team driver was not seriously injured, she earned the Renegade championship and she will be behind the wheel of a replacement race car in 2020. This is James’ third NMRA championship, as she also earned two in ProCharger Coyote Modified titles before moving to Renegade. 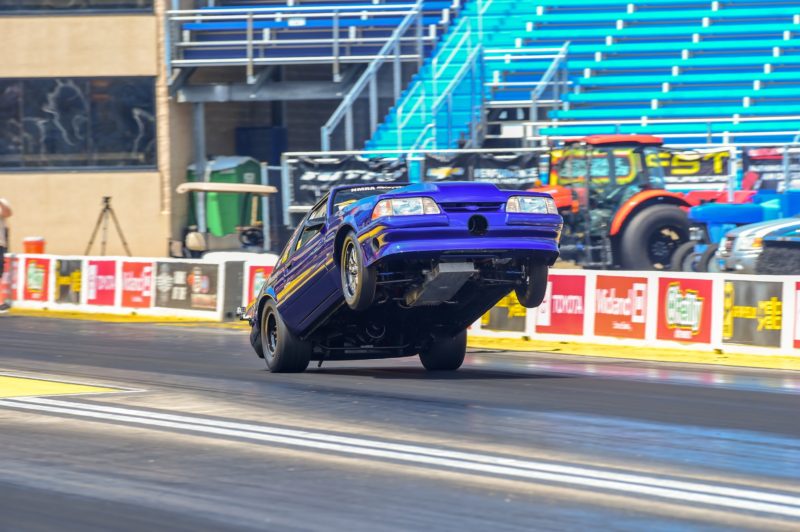 In his Mustang featuring a small-block Ford and ProCharger D-1X, Brad Schehr set the pace in qualifying in ProCharger Modified Streetwith a 7.81 at Maple Grove, 7.70 at Route 66 and 7.70 at Beech Bend, and he won at Bradenton, Atlanta, Maple Grove, Route 66 and Beech Bend. He set records in the category with a 7.703 and 177.18 mph before securing the Modified Street championship.

Mike Ciborowski, who was the Advanced Fuel Dynamics Limited Street champion in 2018, led qualifying with an 8.88 at Bradenton, 8.73 at Atlanta, 8.74 at Gateway and 8.79 at Route 66. He arrived at the Winner’s Circle at Bradenton and Maple Grove in his Mustang with a Rich Groh Racing Coyote engine and VMP Performance supercharger, and all of that added up to his second Limited Street championship in a row. 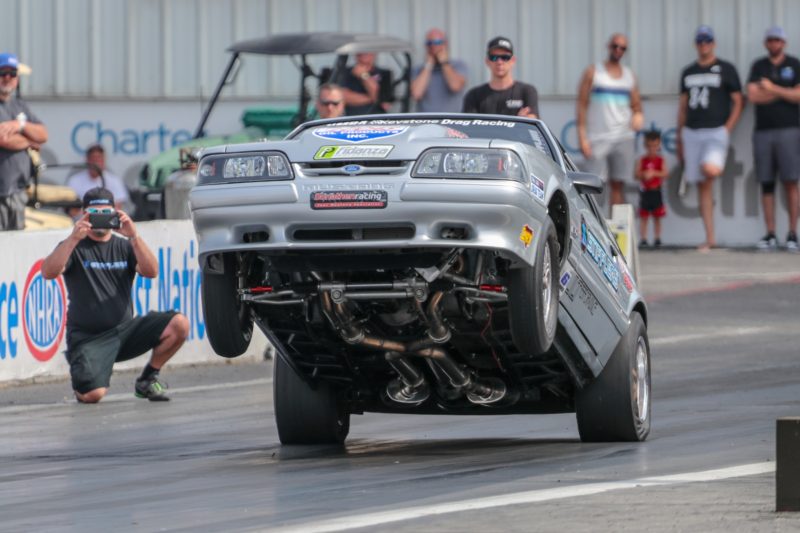 In G-Force Racing Coyote Stock, Clair Stewart steered his Mustang packing a Gen 2 Coyote engine and G-Force G101-A 4-speed transmission to the lead in qualifying with a 10.18 at Atlanta, 10.19 at Gateway and 10.21 at Maple Grove, and the win at Atlanta to lock up the Coyote Stock championship.

Randy Conway had already earned three Detroit Locker Truck and Lightning championships when he set out to earn a fourth in Bruce Lampton’s Ranger in 2019. With the number 1 on the windows of the Coyote-powered truck, he won at Bradenton and Maple Grove, and went enough rounds at the other events to be crowned champion for the fourth year in a row.

Charlie McCulloch was on a mission in his ProCharger-equipped 1998 Mustang Cobra and his naturally aspirated 2004 Mustang Cobra in Exedy Racing Clutch Modular Muscle. He led qualifying with a .004 reaction time at Beech Bend, and won at Maple Grove, Route 66 and Beech Bend. While there were several drivers who could have cruised to the championship at the final event of the season, it was McCulloch who managed to pull it off.

Larry Firestone has been flying in ROUSH Performance Super Stang for more than 10 years, and was focused on driving his Mustang GT with a 4.6 Valve engine by Brenspeed topped with a ROUSH Performance supercharger to a first place finish. He was chasing some issues in his car early in the season, but got everything squared away and was holding down third place in points going into the event at Beech Bend, and took the win as well as the championship.

As the ARP Open Comp champion in 2016 and 2017, Dennis Corn was committed to capturing the championship in the category in 2019 in his Thunderbird with a 7-liter small-block Ford built at Roush Engines’ North Shop and a G-Force 5-speed transmission. He won at Gateway as well as in the Open Comp All-Star Shootout at Atlanta, went rounds at other events and rocketed to the Open Comp championship. 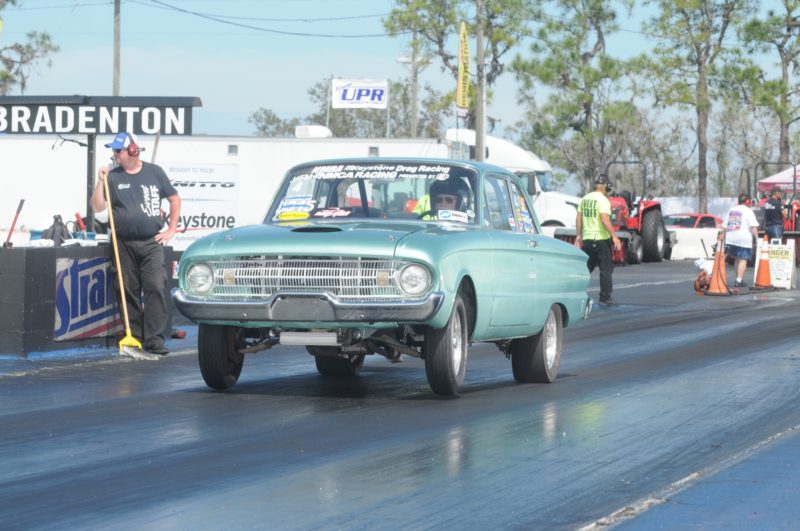 John Butsko has moved up in Race Star Wheels Ford Muscle points each of the past few years, wanted to continue that trend and did just that in 2019. In his fan-favorite Falcon with a 302ci engine which helps him clock 12s, he earned a runner-up finish at Bradenton and Route 66, and semifinal finishes at Atlanta and Maple Grove, and in racing through the rounds, he was rewarded with the Ford Muscle championship.

After all of the champions were celebrated at the NMRA Muscle Car Nationals presented by E3 Spark Plugs Awards Ceremony presented by Aerospace Components, Dec. 13, at the Indiana Convention Center, focus turned to the first event on the NMRA’s 2020 tour, the 26th Annual NittoNMRA Spring Break Shootout, Feb. 27-March 1, at Bradenton Motorsports Park.