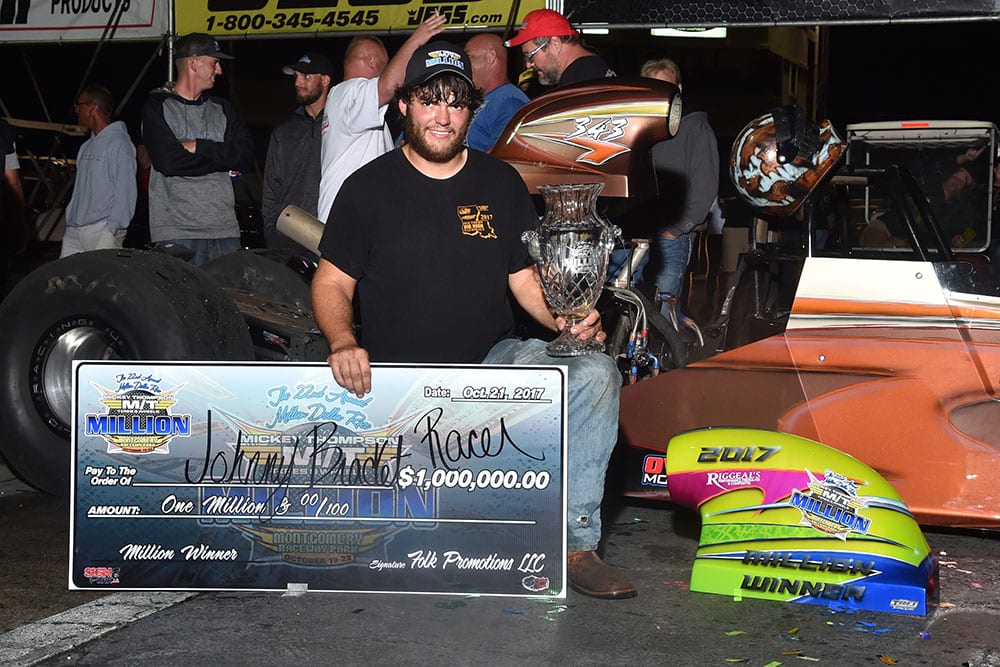 Known to his friends as “Johnny Bracket Racer”, Johnny Ezell certainly earned his nickname this October when he turned on all of the win lights at one of the most lucrative and prestigious races in all of drag racing, the Mickey Thompson Million Dollar Drag Race at Alabama’s Montgomery Motorsports Park.

“This is unbelievable,” Ezell said at the time, echoing the sentiment of most Mickey Thompson Million Dollar Race winners. “All of my rounds were tough, especially the first four. It was hard to pick out one that was harder than the others. I can’t believe I just won The Million. I just hope it’s not all downhill from here.”

Success in bracket racing is nothing new to the 25-year-old Ezell. Over the last few seasons, he’s become one of the sport’s most consistent winners with a host of big money victories including a $50,000 payday one month prior at the Drag Race Results Ultimate Series event in Huntsville, Alabama. When he’s not racing his way to the winner’s circle at big-money bracket races across the Southeast, Ezell can be found in his shop, building and painting dragsters, as well as promoting races through his Flicker Promotions business.

Facing a near-record field of 337 entries, Ezell marched to the final round with wins against Thomas Bell, Kevin Bennett, Steve Collier, Ron Lane, Trey Bunner, and Tyler Sizemore, who red-lit in the semifinals.

“I didn’t think I drove too well, but I did just enough to get by,” Ezell says. “It was really tough in the last few rounds but I just tried to stay calm. The final was really tough, but I felt like my car was really dialed. I wasn’t trying to have a .003 light. I was shooting for about a .008 but thankfully it didn’t turn red. I was so relieved when the win light came on.”