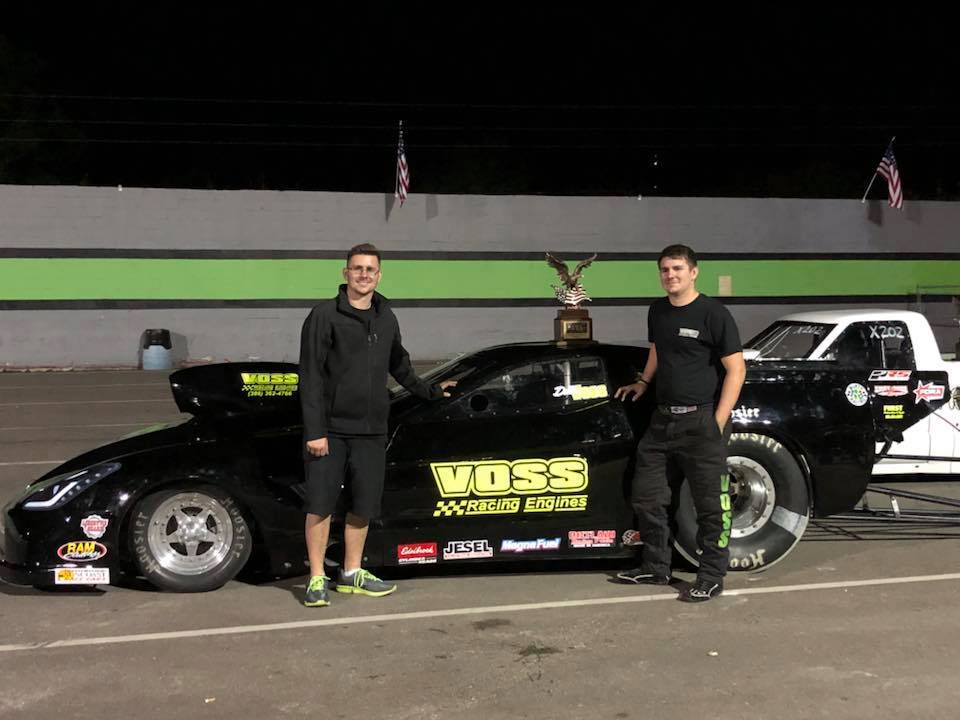 As twin brothers, Dillon and Cory Voss are used to sharing pretty much everything, including time in the driver’s seat. Now these 26-year-olds are sharing the limelight of this year’s 30 Under 30 list.

The duo gained local notoriety with success in the Florida-based Outlaw 632 Series. When PDRA picked up the class in 2016, Voss Racing jumped on board with Cory tuning and Dillon driving the Suncoast Racecars-built Corvette. The team took time to restructure their program at the beginning of this year and it paid off. They won three of the four events for PDRA Outlaw 632, commandingly coming home with the 2017 world championship.

“We had a rough year last year and actually took a break at the beginning of this year,” Dillon explains. “We 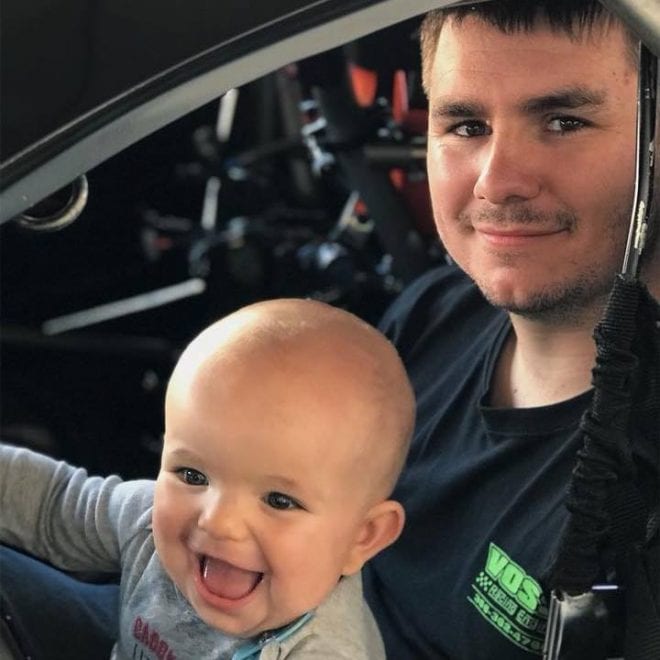 sold our old Cobalt and started working with Richard [of Suncoast Racecars] to debut our new Corvette, which didn’t debut until the second PDRA GALOT race. So we borrowed a car for Darlington and the first GALOT race. We kind of restructured our program. We had a rough year last year – we ran well and set a record, but we couldn’t find the winner’s circle. We were very inconsistent. So we took a step back and regrouped, put all of our eggs in one basket and looked at the program a little differently. It worked out very well. When we came back we won three of the PDRA races and the World Street Nationals. It was very hard to stop racing, but it was necessary for the long goal.”

Dillon proved himself as a driver this year, not only coming home with the championship, but doing so by switching seamlessly between borrowed cars and their new Corvette. The Florida natives grew up in the sport, thanks to their father, Kenny, owner of Voss Racing Engines. Kenny raced Pro Mod and Pro Street as the boys grew up and mentored them first in Jr. Dragsters, then in dirt go-karts before the twins switched back to their first love.

“When we turned 18, we put one of our cars together for me and Cory to drive,” Dillon continues. “Dad eventually got out of the seat and pretty much turned it over to me and Cory. The first two years we traded back and forth. I would drive one; he would drive one. Recently, whenever we started doing good, Cory started learning more and realized he likes the tuning aspect of it more than he likes to drive. He still does drive, but when it comes to our team, he strictly tunes and does a really good job at it.”

“We flip flopped [driving duties] until we got into the heads-up racing,” Cory agrees. “That’s where I really found out that I love the tuning aspect of it. I’m a good driver in my own right, but I found that the challenges of tuning and making the clutch work, the chassis work, the nitrous work, everything work as a unit was more challenging and fun over the driving aspect.”

With the Voss family settling into their individual roles and areas of expertise, the team became even more competitive, and doors opened up for Cory to learn from some of the best in the business.

“There wasn’t any one point in my career where I decided this was what I wanted to do,” he stories. “It just started out as baby steps as my dad let me take control of the tuning stuff and turned into where I got on with John Montecalvo with the Pro Stock team, helping with their clutch setup. That was a big step where I realized this is what I want to do. 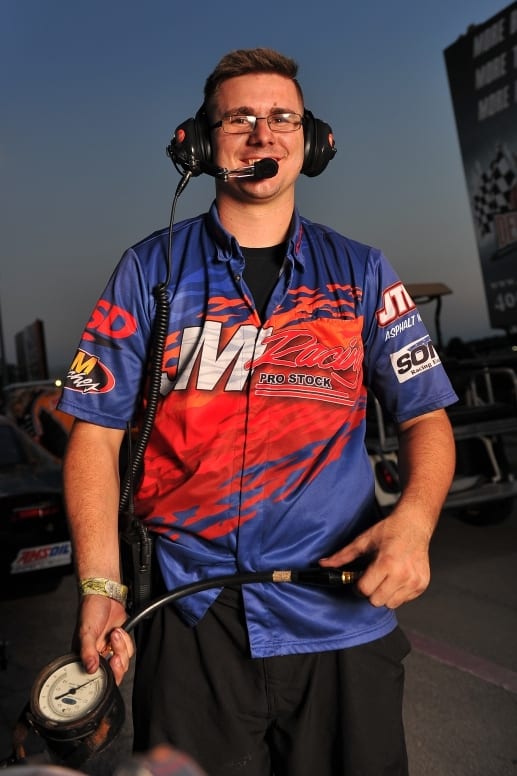 “I met Tommy Lee through Richard Earle with the NHRA Pro Stock team. Tommy gave me a call and they needed some help servicing the clutch and tuning. Up until about a year ago I was really self-taught – just going out through trial and error and getting it done. Once Tommy Lee got me involved in the Pro Stock team I started figuring out the math behind everything. Nothing was guessing or chance. Everything had a formula for weather conditions, track conditions. Through Tommy Lee and the knowledge I learned there, I actually was able to get hired on with Rickie Smith to even further advance my knowledge in the tuning field.”

The culmination of their years of hard work, Dillon’s versatile driving, Cory’s growth as a tuner and restructuring the program resulted in the 2017 PDRA Outlaw 632 championship.

When not chasing win lights, the Voss brothers both work at the family business, Voss Racing Engines. Cory is hands-on in the shop seven days a week. Dillon works remotely, having relocated to South Florida to start a family. He welcomed his son Jackson into the world in February of this year.

The team finished the year with five straight finals, going 21 for 22 rounds of competition with their new Corvette, racing across various series. The Voss family is committed to defending their PDRA championship next season, as well as continuing to compete in Outlaw 632 locally. Even now, however, they are preparing to make the switch to Pro Stock. The Corvette has a similar setup to a Mountain Motor Pro Stock with a RAM clutch and Liberty 5-speed transmission, and Cory’s work with Montecalvo is providing an excellent base once the team does decide to make the jump.

Sharing and teamwork may not always come easy to siblings, but for Dillon and Cory Voss, it’s been the key to success. The brothers recognize and encourage each other’s strengths and push each other and the team as a whole to stretch their limits and boundaries. The Voss family will be one to watch for decades to come.