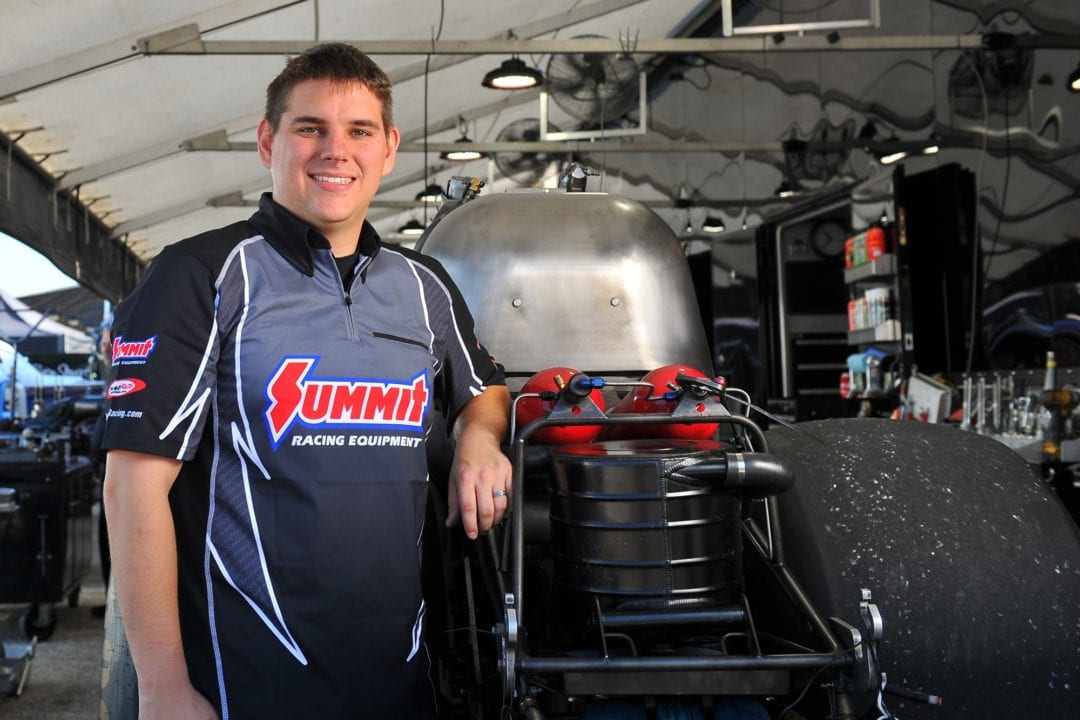 Ten years of broken promises could have shaped Daniel Wilkerson a certain way. Instead, he’s put that behind him and is having the time of his life. Wilkerson made his Funny Car debut in 2009 with hopes of becoming a full-time NHRA driver. That hasn’t happened yet, but there isn’t a hint of disappointment for the 29-year-old Wilkerson.

Instead, he’s savoring the opportunities he gets to currently enjoy. He works with his father, Tim Wilkerson, on his Funny Car, also serving as the crew chief for part-time Funny Car driver Brian Stewart. Daniel also raced once in the Funny Car ranks in 2017, finishing off his season by being named to DRAG ILLUSTRATED’s 30 Under 30 list.

Things have gone differently than Wilkerson might have expected, but don’t expect to see anything but a smile from him.

“Any year I get to go racing at all, it’s a blessing,” Wilkerson says. “I couldn’t imagine being as addicted to anything as racing. I can’t see that wearing off. This is something I’m lucky to do. To be honest, that’s how my mom and dad raised me.”

It took some time for that way of thinking to become engrained in Wilkerson, especially as a driver in his early 20s who was being told year after year to expect a full-time driving gig. But it helped shape an impressive perspective where Wilkerson is simply happy to be at the track.

“I’ve had 10 years of broken promises from all sorts of people. I went through a couple years where I didn’t get to go drag racing at all,” Wilkerson adds. “It took me 3-4 years of that to wrap my head around it. It’s nothing so important to get too worked up about. My problem of not getting to go racing is incredibly miniscule.”

Because of that perspective, Wilkerson is always enjoying himself at the track, even in the midst of a grueling weekend. His father has given Daniel more responsibility on his car, which had another top 10 finish, with Daniel jokingly saying he gets “to tickle it” a little more. That expertise also helped Stewart to a career-best pass of 3.872 at 328.38 mph in Topeka, while Daniel also picked up a round win in his lone driving appearance this year in Dallas.

“Every year I learn more, and that’s the biggest thing,” Wilkerson maintains. “This year I was making more calls on own. I try not to call myself a crew chief. We’ve got a pretty good baseline to play with and I’m able to make calls on the great ideas given to me. Getting to drive and win a round, that was a nice little cherry on top.”

It gave Wilkerson a nice boost into the offseason, and he expects to once again juggle a number of different roles in 2018. That’s just fine for Wilkerson, and if next season turns out just like 2017, he will consider it a very good year.