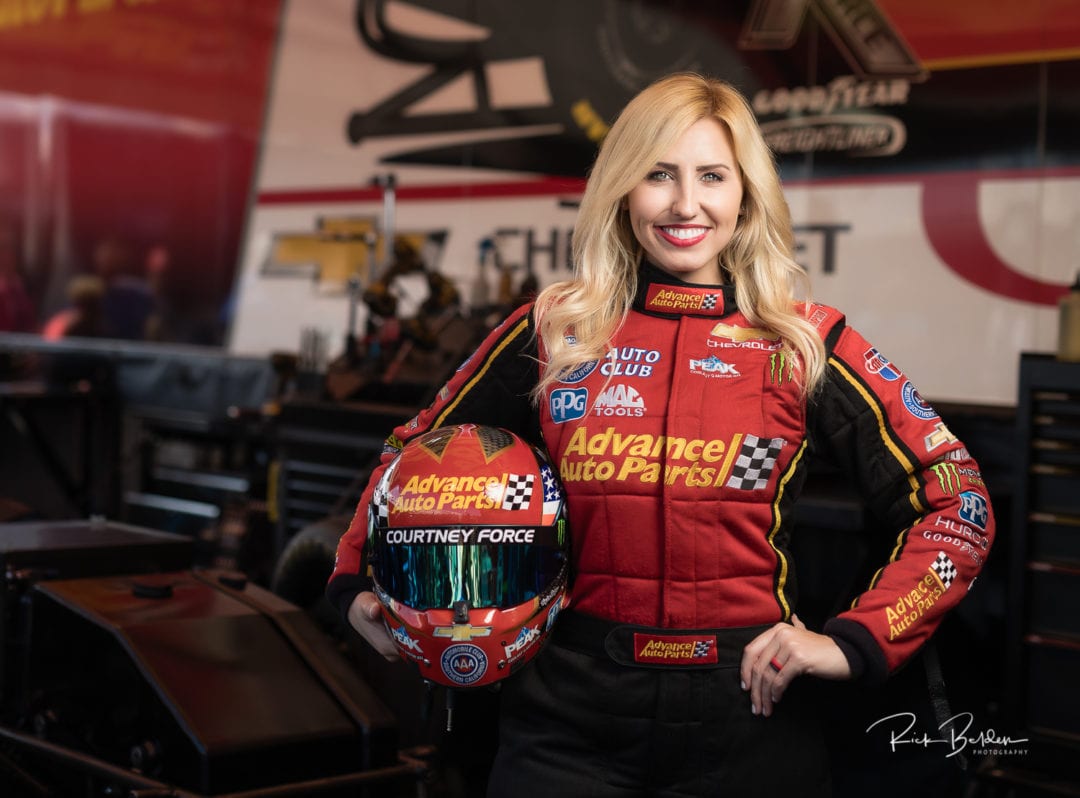 Courtney Force has always thrived when it comes to making a sizeable impact in drag racing and a large impression on fans. She found a new way to do that in 2017, rounding out her best Funny Car season with a look on her Funny Car Camaro that had the entire sport buzzing. It featured pop superstar Taylor Swift to promote her new “Reputation” album, adding a bit of pizzazz and plenty of publicity. Swift retweeted Force’s original post to her legion of nearly 100 million Twitter followers, delivering the NHRA and drag racing to an unprecedented audience.

“It was an incredible experience,” Force says. “I was very honored to be able to drive a Funny Car with her album on the side of it, and thought it was very cool that she was excited about it too. That made it that much more special. I think the coolest part, not only that we were able to reach a younger generation of fans, but that Taylor retweeted my video unveiling the car.”

It was another A-plus move from Force, who has shown incredible savvy on and off the track. Despite not winning a race in 2017, Force advanced to five final rounds – three coming in the Countdown to the Championship – finishing a career-best third in points. The 29-year-old star added another honor as well, being named to the DI 30 Under 30 list.

“It’s an honor and pretty amazing to be recognized for a 30 Under 30 selection,” Force gushes. “There are so many people in our sport who have made an impact on our sport and lead the way. It’s really cool to be on a list with people who play so many important roles, whether it be crew chief, driver, team member, sponsor – everybody plays a key role in making a team successful. You don’t do this alone; it’s not just me, but the entire team, as well as fans, that help me be my best.”

The biggest takeaway for Force this season was the best performance she’s had in the NHRA’s playoffs in her six-year career. She put together 12 rounds wins, staying in contention the entire way. Watching sister Brittany Force’s dramatic run to her first world championship certainly served as motivation for Courtney in the quest for her first world title as well.

But that process and journey has always included an additional purpose – inspiring her large and always-growing fan base. Force remains a massive favorite with younger fans, and being a positive role model, while also succeeding on the track, is something she never takes lightly.

“I hope I can show them that if you work hard enough you are capable of anything,” Force says. “I’ve been through the sportsman ranks and raced for six years, earned a win in a Top Alcohol dragster and came into Funny Car and earned eight wins. I feel like we’ve achieved a lot, and that’s because we’ve worked well together as a team. What I really hope young people can learn is that even when you struggle, it’s really the hard times that test you, and those who can come out on top through the struggles are the ones that really succeed.”