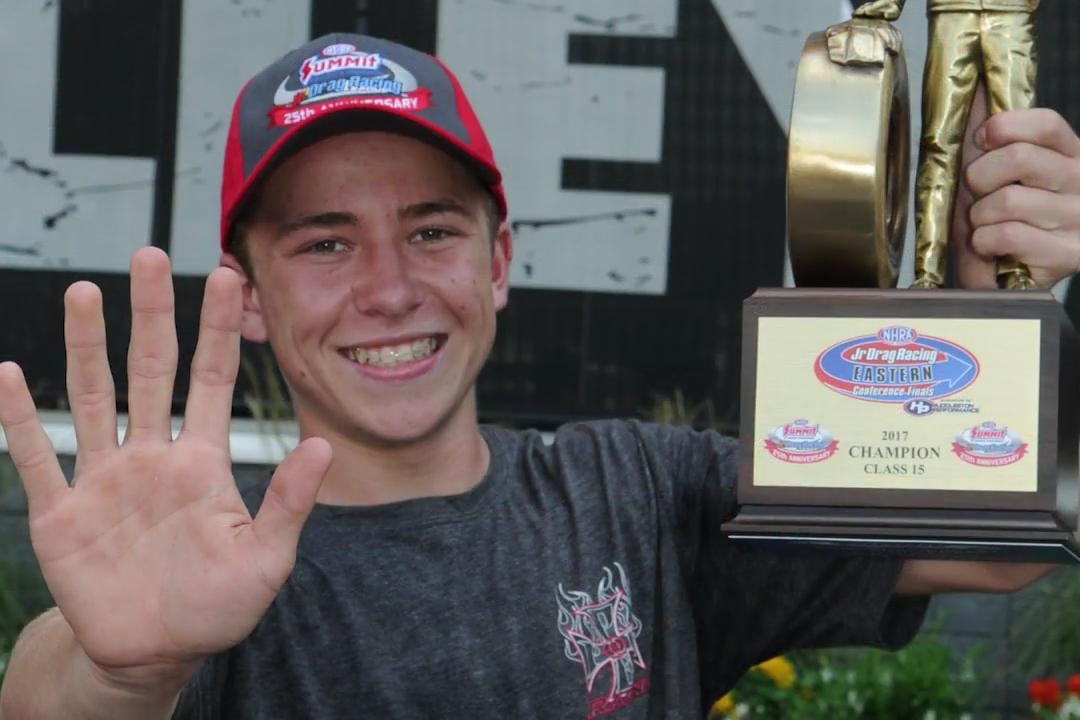 “It’s kind of hard to comprehend,” Poe says about his title as the winningest Jr. Dragster driver in NHRA history. “I just see it as something that people call me. I don’t see myself as that. That’s one thing that I think is so cool about drag racing; I could have a bad day. Anyone can win.”

Poe, who’s been racing Jr. Dragsters since he was 8 years old, will continue to pursue NHRA JDRL Conference Finals championships at least until he gets his driver’s license, when he plans to begin the process of moving up to Super Comp. He’s quick to assert that he won’t rush into big cars, but one can’t help but believe the third-generation drag racer is itching to make his next mark on the sport.

“I think it’s kind of crazy that I’ve been able to accomplish all this so early,” Poe adds. “This is just the beginning. This is just the foundation. I’m just waiting to see what’s next.”