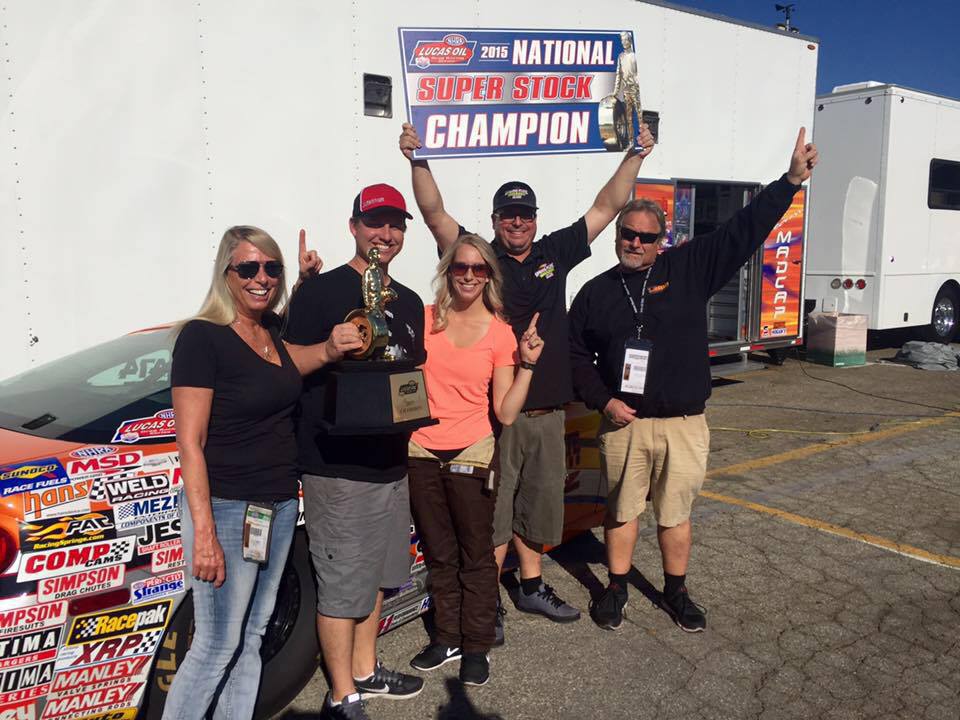 Husband, father, University of Nevada graduate, business analyst, sportsman racer. There are many titles that describe 29-year-old Justin Lamb, but perhaps the most impressive is “two-time NHRA national champion.”

Lamb, who is a native of Henderson, Nevada, first started racing in the Junior Dragster ranks when he was eight years old, but it wasn’t until he was a bit older that he stepped up to the national scene. In 2007, Lamb won the Top Dragster class at the NHRA Fram Autolite Nationals in Sonoma, California and he earned the NHRA Division 7 championship in Competition Eliminator in both 2011 and 2012.

In 2012, Lamb purchased a 1970 Z28 Chevy Camaro and had Gary Stinnett built an LT1 engine for it. An A-1 Performance transmission and converter were installed, and Lamb redid the car front to back. He campaigned the foot-brake Camaro in 2013 for the first time, and, incredibly, went on to win the NHRA national championship in Stock Eliminator as well as the Division 7 championship during that inaugural season. “Despite being the slowest of all the cars I own, the Camaro is definitely the most fun to drive. It’ll do a wheelie and I have to shift in the air,” he laughed of the visceral driving experience he enjoys behind the wheel of the 10.60s car.

Just two short years later, Lamb was named the 2015 NHRA Division 7 Driver of the Year and also picked up an astounding second NHRA national championship, this time in Super Stock Eliminator with his 2010 Chevy Cobalt. That particular car was built by B & B Race Cars, features a Jon Richardson-built 358ci SB2 NASCAR-style engine with three-speed A-1 transmission, and runs in the 8.40-second zone.

Although Lamb didn’t add any titles to his already impressive résumé in 2016, he wasn’t sitting idle. “I runnered up in the Pro Class at the Million this year, and I won the NHRA Sonoma national event again,” he said of the good, fun year he’s had which included around a dozen national-level races and bracket events, albeit fewer divisional events.

Bolstering his two NHRA titles, Lamb has also had national event wins in six separate classes – Stock, Super Stock, Super Comp, Super Gas, Comp Eliminator, and Top Comp, which was the predecessor to the current Top Dragster class – all while still in his 20s.

In addition to his Stock and Super Stock entries, Lamb has two dragsters in his Lamb Motorsports stable. Both built by Race Tech Race Cars in North Carolina, each features MadCap Racing Engines power, although one is naturally aspirated and the other is boosted by a ProCharger blower. Running 7.30s and 6.80s, respectively, Lamb often shares driving duties of the dragsters with fellow racer Kyle Seipel. Although each car is quite different, all four share two commonalities: they all run on Goodyear tires and feature Moser Engineering driveline components. 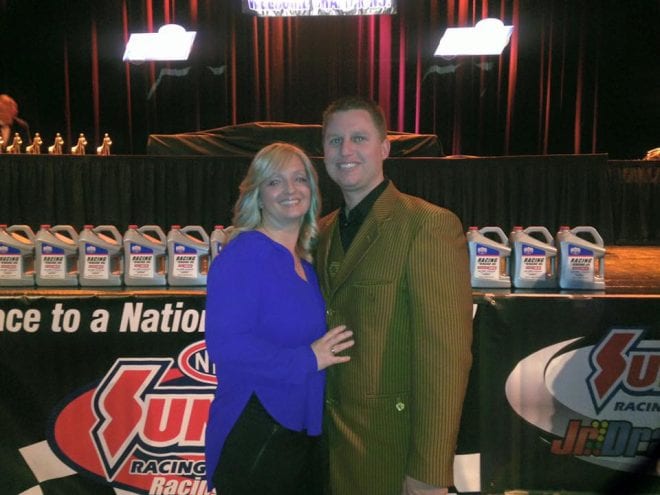 Lamb believes that much of his success can be attributed to having a great foundation. “There’s good equipment, and then there’s the right equipment. I’ve been fortunate to always have top-notch stuff,” he noted. Many of the opportunities he’s had to acquire the best equipment, and to race, can be credited to his supportive parents, Chris and Carole. Others throughout the years have helped Lamb to improve, and he thanks Kyle Seipel, Peter Biondo, V. Gaines, as well as his wife Jeanine and son Jayce. “We’re fortunate to have great sponsors like Matco Tools, MadCap, Gibec Pistons, Total Seal, Book Racing, Driven Racing Oil, and others that really add up to make this racing operation doable.”

It isn’t just having the right equipment, though, as Lamb makes sure he’s focused on getting all the details right. “All of the little things matter. The wind, the weather, the car, the tires. I’m no more talented than anyone else, but I have the dedication to making my equipment better and that really helps me to get ahead,” he explained of his method to ensuring the big picture isn’t sacrificed by something small. “Unless you keep working, everyone will catch up.” Hard work beats talent when talent doesn’t work hard, and Lamb’s both talented and a hard worker.