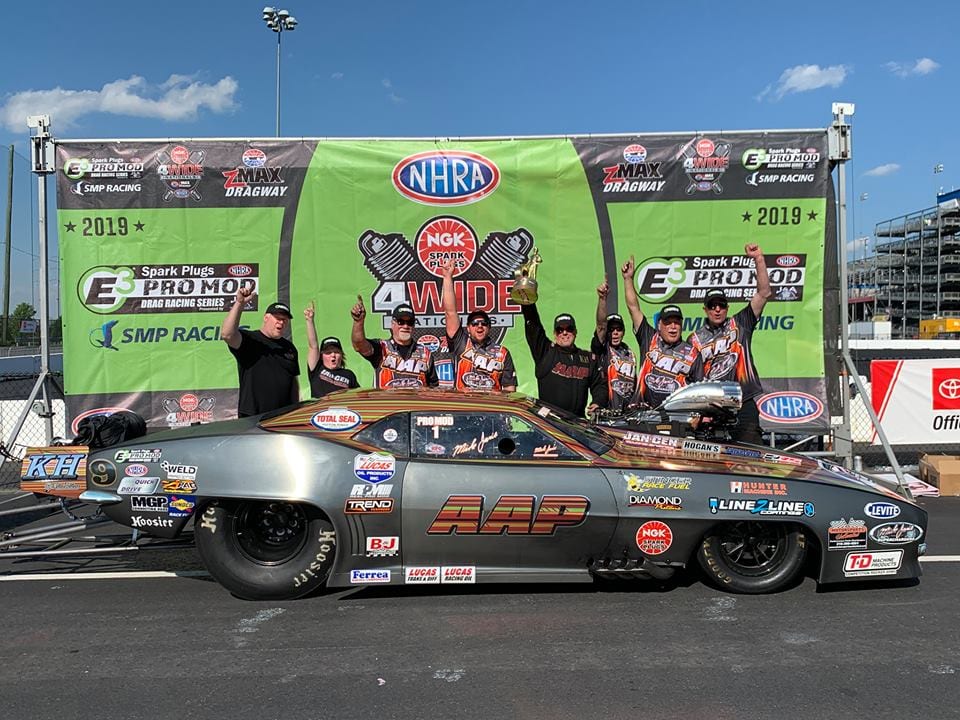 Mike Janis had watched Stevie “Fast” Jackson jump out to a dominant start in the 2019 NHRA Pro Mod season, knowing he had to do something big to disrupt what Jackson called his roadmap to a possible championship.

After winning the Four-Wide Nationals in Charlotte, the defending world champion sent his message in emphatic fashion.

“We put a big detour sign out there,” Janis said. “It was kind of like us saying the champ is back. That was a really big deal for us. We kept reading about Stevie and his roadmap to a championship and how many rounds it’s going to take to win a championship. But we’re going to mess up that roadmap if we can.”

With that, a thrilling gauntlet has been thrown down in NHRA Pro Mod and if the first three races are any indication, this race to a 2019 title is going to be mesmerizing.

Janis earned his first win in nearly a year, knocking off Jackson, Rickie Smith and Erica Enders in the final quad with a 5.799 at 248.52 mph in his supercharged Al-Anabi Performance Camaro. It was a statement victory for Janis, who jumped back into the championship mix after the third of 12 races during the 2019 season.

With the season already one-fourth of the way done, Jackson holds an 18-point lead over Todd Tutterow, who won the season-opening race in Gainesville. Janis’ win in Charlotte closed his gap to 69 points.

Of course, the turbo cars will make a considerable charge when the weather starts to favor them, which means the likes of Jose Gonzalez, the No. 1 qualifier in Charlotte, and Smith, who made big improvements over the weekend his just his third-ever race in a turbo, will figure into the title conversation as well.

But that’s what made this weekend so important and Janis came up huge, even as he fully admitted to feeling the pressure. 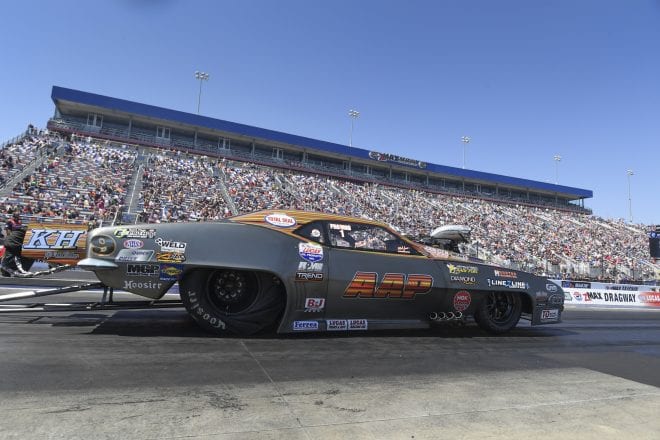 “We put a lot of pressure on ourselves with the No. 1 on the window. Sometimes you think you’ll never win a race again, so it was a big deal to get that confidence back,” Janis said. “The competition is out of control right now and it’s really tough, so this was a big deal.

“Winning the four-wide race is a bucket list thing and to gain that many points at one race is a big deal. Words can’t even describe it, but it was really gratifying.”

Janis pointed to qualifying well right off the trailer as the difference-maker at zMAX Dragway, especially as the first session was wiped away due to rain and wind. That only left one qualifying session on Friday, but Janis got comfortably in the field with a strong 5.726 at 247.47.

He ended up qualifying seventh, with that early momentum paying big dividends.

“The competition is so tough, you have to make a good opening run,” Janis said. “That sets the stage for the rest of the weekend. We’ve said all along that if the conditions get a little warmer our cars seems to perform well and that’s what seemed to happen.”

Still, it wasn’t easy to navigate a loaded field on Sunday. Janis was fortunate to advance in the opening quad, slowing to a 5.905 at 226.43 when a part broke late in the run. But he finished second in the quad and was dynamite a round later to advance to the finals, going 5.813 at 248.16 with a .016 reaction time.

With a car running as well as it is Janis knows he has to take advantage. The class is in the midst of its busiest stretch and will race five more times in the next two months, including this weekend in Atlanta.

A supercharger car has swept the first three events, which tells Janis the time is now to pile up round wins. Jackson has his own gameplan to counter that, but Janis hopes that detour sign is firmly planted at Atlanta Dragway this weekend.

“Stevie and Todd have both been running great all year,” Janis said. “Todd is running one of our superchargers, so that’s pretty cool, but it’s fun to compete against these guys. Without that back-and-forth, it wouldn’t be fun. It’s that competitiveness that keeps it fun, so we’ll just try to keep pushing forward.”