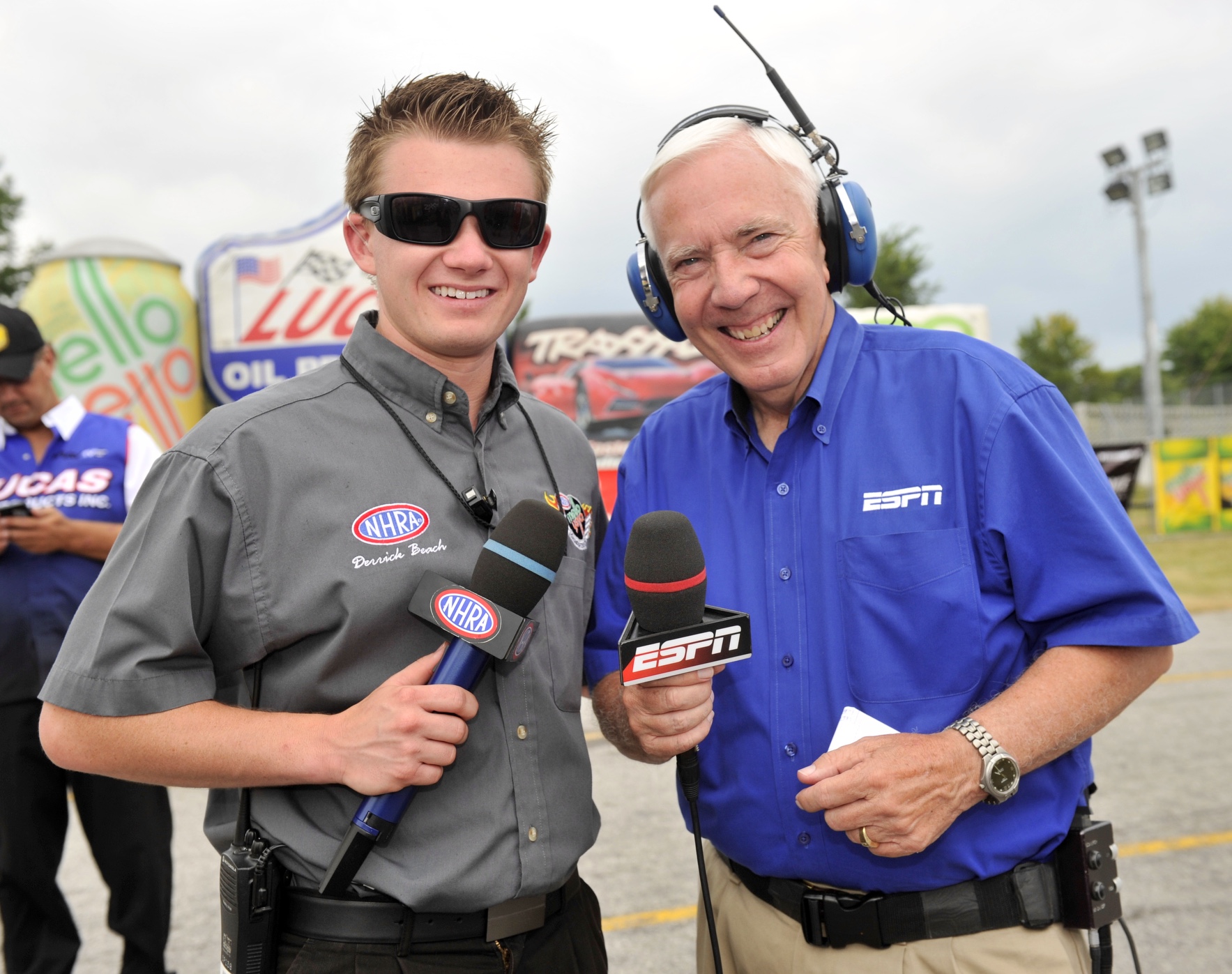 One of the youngest standouts in motorsports broadcasting is joining the Professional Drag Racers Association for the 2015. Derrick Beach started announcing when he was just 12 years old at his home track, National Trail Raceway in Columbus, Ohio. At the age of 16 he then joined the NHRA as Division 3 announcer. At just 18 years of age, he went on the NHRA national event tour, where he announced for two years. Last year he stepped back from the busy travel schedule and focused on specialty events, such as the Spring Fling at Bristol Dragway. Now in 2015, he joins the PDRA team of announcers.

Together with seasoned veteran Brian Olson, Beach will bring voice to the action on and off the track at all PDRA National Events in 2015. Although still early in his career, Beach has announced events from Super Chevy to NMCA and NMRA. He even made ESPN guest-commentator appearances when he was still in Junior Dragster competition. He’s also been on Horsepower TV for the NHRA Hot Rod Reunion.

“Brian Olson and I are really good friends,” Beach recounted. “We were working an event together last September. He kept talking about the PDRA and what a great company it was to work for. Bob and I got together at PRI, and we agreed it would be a good fit for me to come on board with the PDRA for 2015.

“I’m really excited for this,” continued Beach who will also be the Official Announcer for the NHRA’s North Central Division in 2015. “I love eighth mile Pro Mod drag racing. I think it will be a good home. There’s good people over there and the organization seems like it’s headed in the right direction. I’ve got a lot of people to meet at the PDRA. Gotta learn everybody’s families. I’m really excited about that.”

Beach began his passion for drag racing behind the wheel of a Junior Dragster, where he won four back-to-back championships and the NHRA Division 3 Junior Dragster Race of Champions before moving up to the Super Comp ranks at the age of 16. He plans to continue racing on his off weekends.

Notably,Beach is also the youngest member of the NHRA Announcer’s Guild. When not at the track, Beach still has his mind on racing, running his marketing company, Beach Marketing Solutions, in his hometown of Columbus, Oh.

Look for Beach as he makes his PDRA debut at the Texas Nationals, March 19-21.