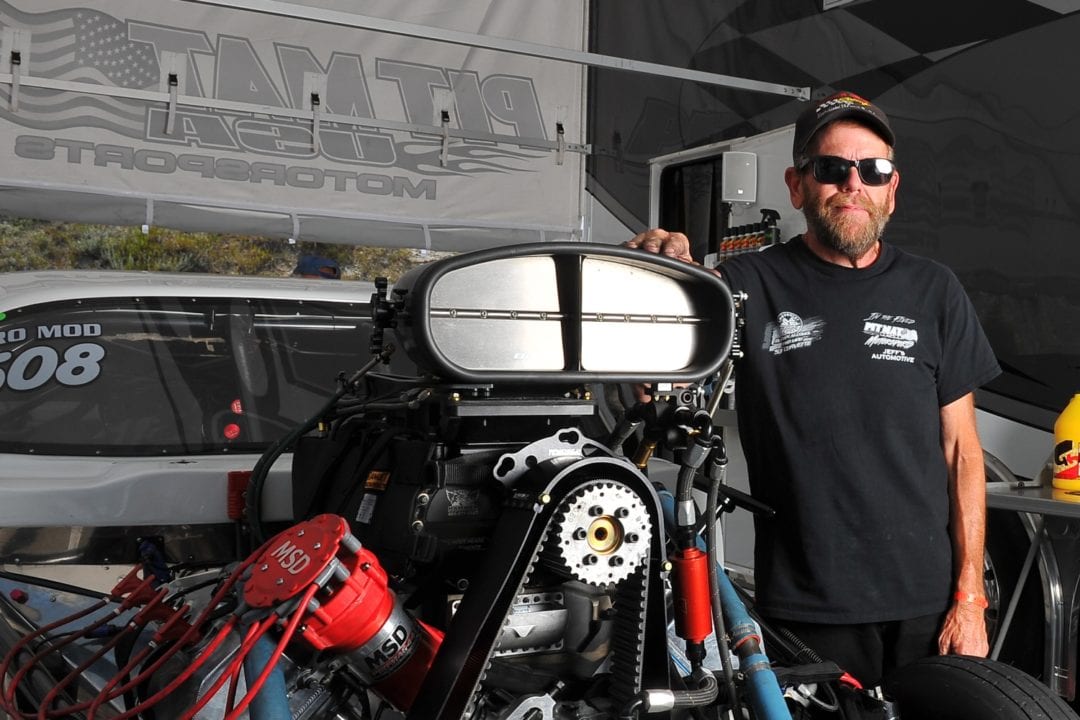 Living less than an hour from Bandimere Speedway, Tommy Johanns is a good judge when it comes to the pulse of Denver-area racing scene.

Count Johanns as one who is counting down the days until the biggest and richest Pro Mod race in the history of the known universe takes place.

Johanns was a participant in the inaugural race a year ago, driving his supercharged ’53 Corvette in front of a huge following of family and friends. Racing at his home track in a race that’s bringing 32 elite Pro Mod cars from around the country together for a $100,000 winner-take-all event is also a source of pride for Johanns, a longtime Top Sportsman and Outlaw Pro Mod driver.

His son, Nick, will be racing Top Sportsman at the WSOPM, adding another layer of importance to an event Johanns has held in high regard since he first found out about it last year. 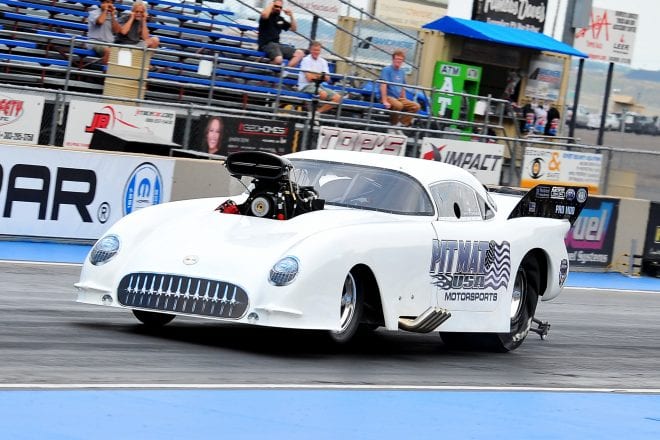 The only answer to that is if Johanns could navigate the 32-car field and end up with a six-figure payday on Thunder Mountain. He fell in the first round a year ago to eventual runner-up Steven Whiteley, but Johanns believes his team can surprise some people in 2018.

For one, he’s raced at Bandimere Speedway for years, whether in Top Sportsman or Outlaw Pro Mod Quick 16 races. Both Johanns and his son are racing in Top Sportsman this weekend at the Dodge NHRA Mile-High Nationals, and that extra experience on the track may matter.

He has a tune-up that works in both cars and it is simply a matter of refining that heading into the WSOPM.

“If you’re granted an invite, you have the opportunity just like anybody else,” Johanns said. “Testing up here and running here over the years, maybe it gives us a slight advantage. To some, racing on the mountain can be scary. I kind of feel like we’re used to it and we’ve got things kind of figured out for the mountain and what it takes. But with the talent of racers and the technology today, they catch on pretty quick. There’s a lot of pretty intelligent guys in the class.”

Johanns is certainly among that group, and he was interested in the race from the moment he heard about it. He talked to Drag Illustrated Founder and Editorial Director Wes Buck almost immediately and changed his ’53 Corvette over from outlaw trim to NHRA-legal trim. That amount of dedication wasn’t lost on Buck.

“First and foremost, I didn’t think there was anyone on this planet more excited about the World Series of Pro Mod than me, until I met Tommy Johanns,” Buck said. “This cat was over-the-moon when we made the announcement last winter that we were going to throw the biggest race in the history of Pro Mod, and we were going to do it right in his backyard in Denver.

“It’s an absolute dream come true to have a guy like Tommy involved, and I appreciate his passion and enthusiasm more than anything else. That’s what events like this run on. That’s the fuel required, and his participation in our second annual event is something we’re truly grateful for.”

That passion includes an intense desire to win, and doing it at Bandimere Speedway would make for a lifetime highlight. Johanns isn’t about to make any demonstrative statements about his chances, but he is also certain he is bringing a car to the WSOPM that can’t be taken lightly.

“Obviously all our friends are out there, my son will be racing and that means everything to me,” Johanns said. “This is a family sport no matter how you slice it. (But) we want to show what we can do as the local guy. We want to show them we might not have as many pieces as them, but we have the same pieces, so let’s go out and see what we can do.”