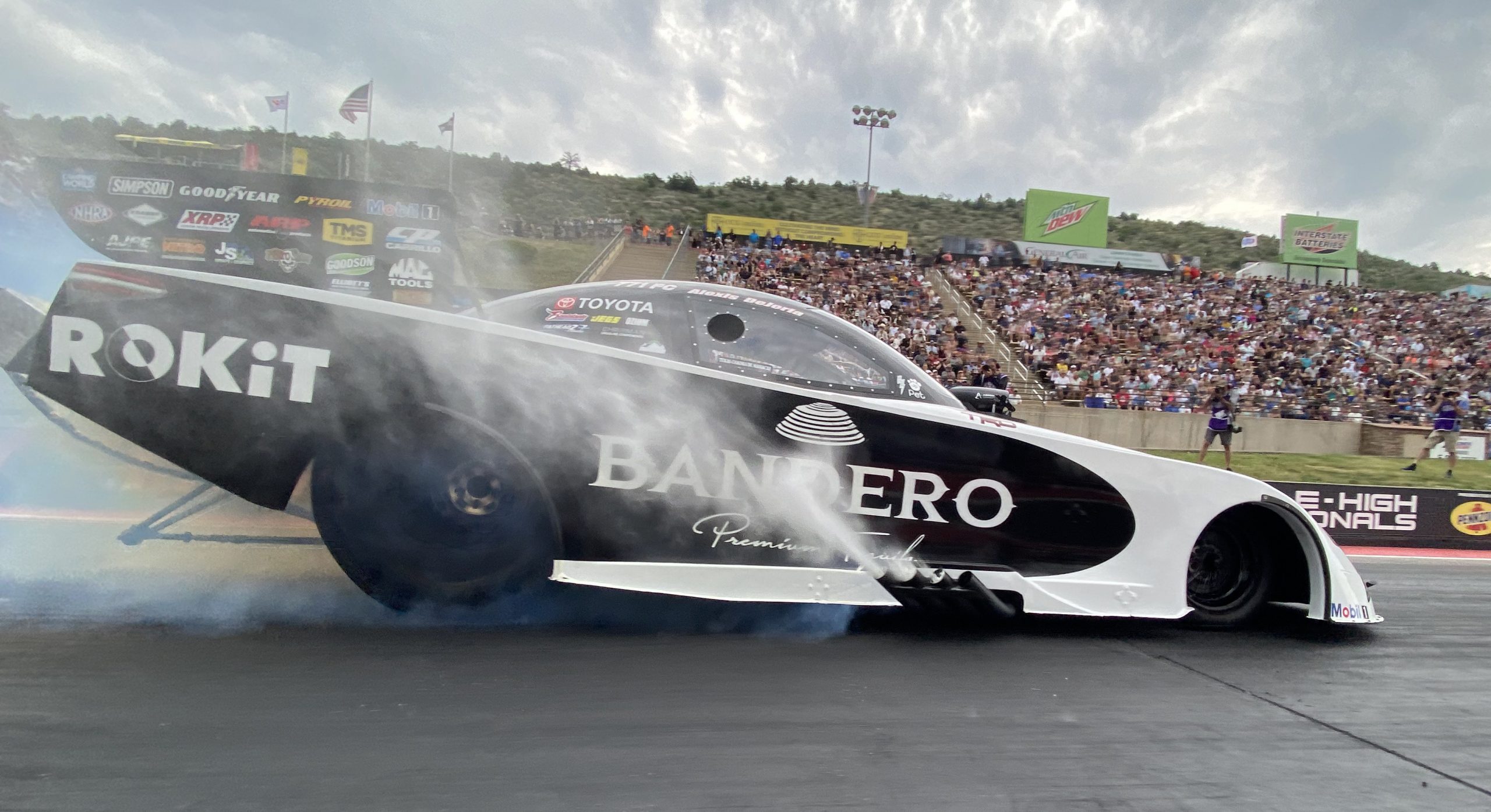 After a breakout performance last weekend at the NHRA Mile-High Nationals in Denver Funny Car driver Alexis DeJoria is thrilled to be getting behind the wheel of her Bandero Premium Brand Tequila in a few days for the Sonoma NHRA Nationals. The five-time national event winner raced to her ninth career final round and came up a few feet short of picking up her sixth win and getting a leg up on sweeping the Western Swing. The Austin, Texas, resident will instead focus on sweeping the California races over the next two weeks starting at Sonoma Raceway, July 23-25.

“We are coming from the high altitude in Denver to sea level in Sonoma,” said DeJoria. “We had a great race on the mountain and I have done well at Sonoma in the past. I am excited to get back to Sonoma Raceway..”

DeJoria has raced to two semifinal appearances at the beautiful, multi-use track located in the heart of wine country. Impressively, both of those strong race day performances began from tough qualifying spots. In 2013 DeJoria started from the No. 16 spot and took out No. 1 qualifier Matt Hagan, then Robert Hight before falling to John Force in the semifinals. The next year starting from the No. 10 spot the ultra-competitive DeJoria took out Ron Capps and Cruz Pedregon before being ousted once again by the 16-time Funny Car champion.

Lately the Bandero Premium Tequila ROKiT Toyota Camry Funny Car has been dominating in qualifying and showing its power on race day as the 2021 NHRA Camping World Drag Racing Series moves to the halfway point of the regular season. In three of the past five races DeJoria has raced to at least the semifinals and her average qualifying position this season is an impressive 4.5 through eight races. If you take out the outlier qualifier of No. 14 from Atlanta it drops to a category leading 3.1 for starting position. Over the last fourteen races going back to the 2020 U.S. Nationals the Bandero Tequila Toyota Camry Funny Car has averaged a 4.4 qualifying position and has only been outside the top six one time.

“I have a solid team led by crew chiefs Del Worsham and Nicky Boninfante,” said DeJoria, who sits No. 7 in the Funny Car point standings. “These guys do a great job every race and I am lucky to be the one that gets to hit the throttle. This is a team effort from top to the bottom and I know our first win of the season is right around the corner.”

The Denver final round appearance was DeJoria’s first since her return to racing at the beginning of the 2020 NHRA season. The last time she was in a final round was August 2017 when she defeated Tommy Johnson Jr. to win the Lucas Oil Nationals in Brainerd, Minnesota. DeJoria did not compete in 2018 and 2019.

Qualifying will begin at the Sonoma Nationals on Friday, July 23, with an evening qualifying session which is sure to produce low elapsed times and high speeds. Two sessions will follow on Saturday with final eliminations beginning Sunday morning at 11 a.m. local time. The race will be broadcast on FS1 from 4:00 p.m. – 7:00 p.m. ET.