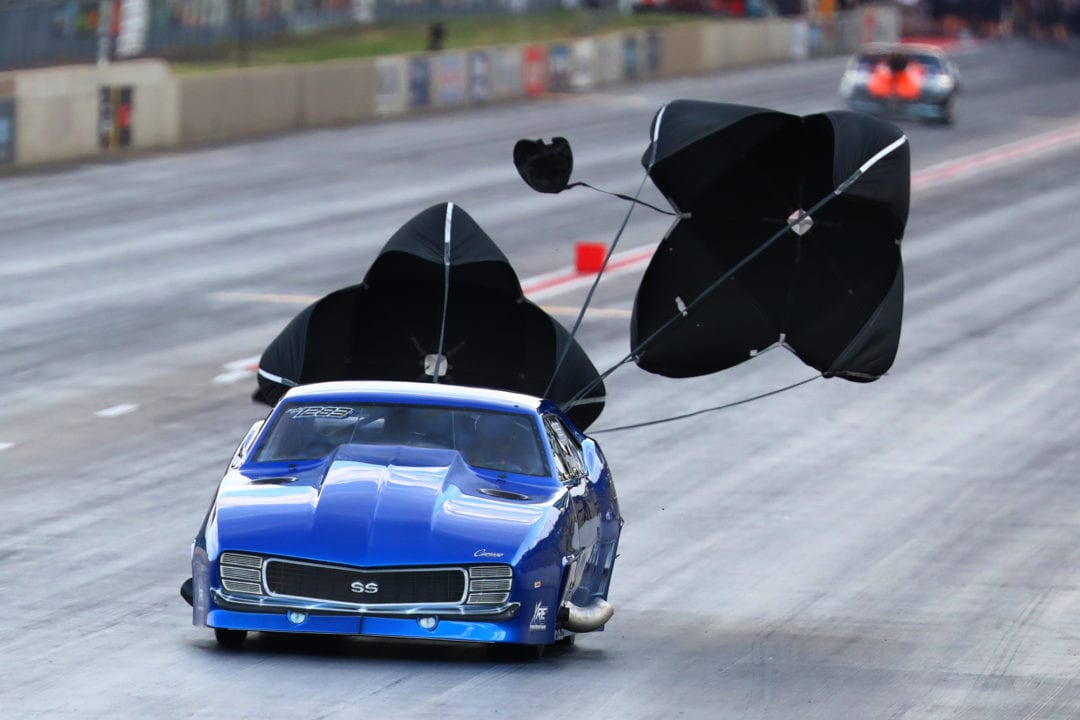 It was the weekend of the cursed parts and it couldn’t have come at a worse time for defending World Series of Pro Mod champion Carl Stevens Jr.

Stevens kicked a rod during a run on Friday at Bandimere Speedway, causing him to borrow an engine from Rick Hord for Saturday’s eliminations.

Unfortunately for Stevens, he didn’t have any better luck there, either, burning up a number of push rods during his first-round win against Dave Walters.

Stevens went 6.059-seconds at 214.21 mph – well below what the Jim Bell-owned turbocharged Camaro was capable of – but the worse news was the damage was too much to make the call for the second round, ending his weekend in surprising, abrupt fashion.

“We burned up like six intake push rods and we didn’t have enough push rods,” Stevens said. “It’s disappointing.”

Hord has impressed all weekend, running 5.925 at 233.20 in his Stevens-tuned, Xtreme Racing Engines-powered Corvette to advance to the semifinals.

But after a strong day of testing on Thursday, Stevens couldn’t recreate the same magic he had a year ago on Thunder Mountain when he claimed the $100,000 prize.

Stevens went as quick as 5.856 a year ago, making the quickest Pro Mod run in Bandimere Speedway history, and he looked to be heading down that path early in the week.

On the fateful run on Friday, all signs pointed to an incredible pass as Stevens lamented what could have been.

“If we wouldn’t have had that blow up yesterday, we would have came out here and kicked everybody’s ass straight up, to be honest with you,” Stevens said. “The run where it chucked the rods, we were probably on a (5.83) or so. That’s what made it that much harder to swallow. This thing was on a mission.”

Stevens chalked it up to too much time between his final run on Thursday and his first run on Friday, admitting he may have tinkered with the set-up a little too much between runs.

Still, Stevens had another incredible time on Thunder Mountain, and may already be counting down the days until he returns to Denver to race for $100,000.

“I would love to come back,” Stevens said. “Where else would you want to go?”