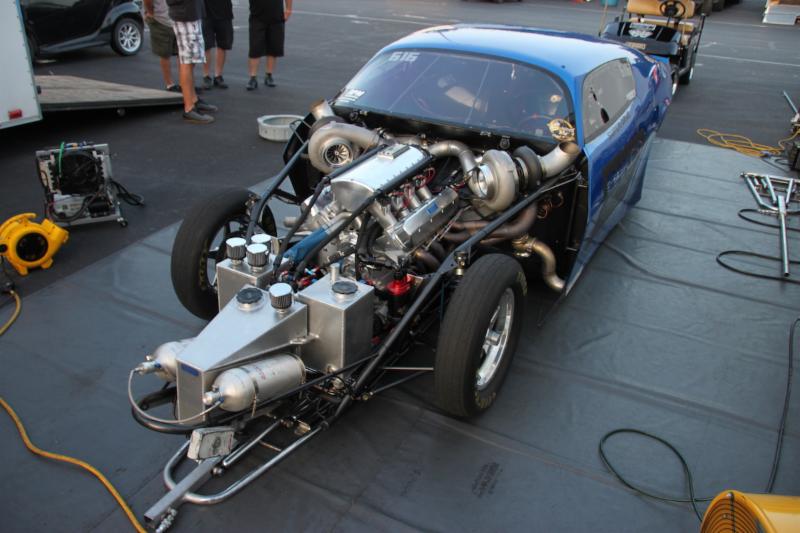 During a test session held on Sept. 13 to advance the Summit Racing Equipment Shakedown at the Summit presented by Mickey Thompson Performance Tires & Wheels, Sept. 14-16 at Summit Motorsports Park in Norwalk, Ohio, David Adkins blasted to a 6.03 at 243.63 mph followed by a 5.975 at 243.11 mph in his car built by Jerry Bickel Race Cars and topped with a Synergy Composites 1970 1/2 Camaro body. 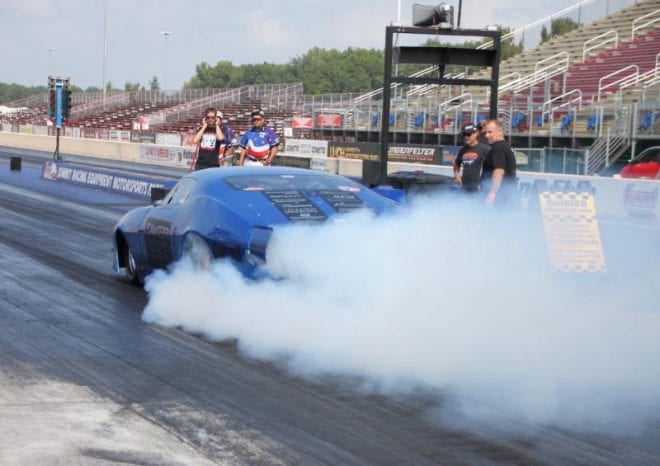 “Those are world records for the quickest quarter-mile ET and fastest mph for an LS-powered car, and it’s the second radial car ever to go 5s,” said Adkins of Michigan. “I’ve been running eighth-mile, so for these quarter-mile passes, it felt different to have the chutes out and to be standing on the brake to get the car stopped, but it was worth it.”
Adkins’ potent powerplant consists of a Baker Engineering-built 427 cubic-inch LS engine on a Noonan billet block topped with Baker billet heads and a Thomsen Motorsports intake, and the extra kick is courtesy of twin 94mm Garrett turbos with Turbosmart wastegates and blowoff. An RPM Transmissions-built Turbo 400 and ProTorque converter put power down in the car rolling on Mickey Thompson Performance Tires & Wheels 315 drag radials.
Now, Adkins, whose crew chief and tuner is TJ Grimes, is preparing to go back to eighth-mile racing in Speedwire Systems Radial vs. The World for this weekend’s race, where $10,000 awaits the winner.