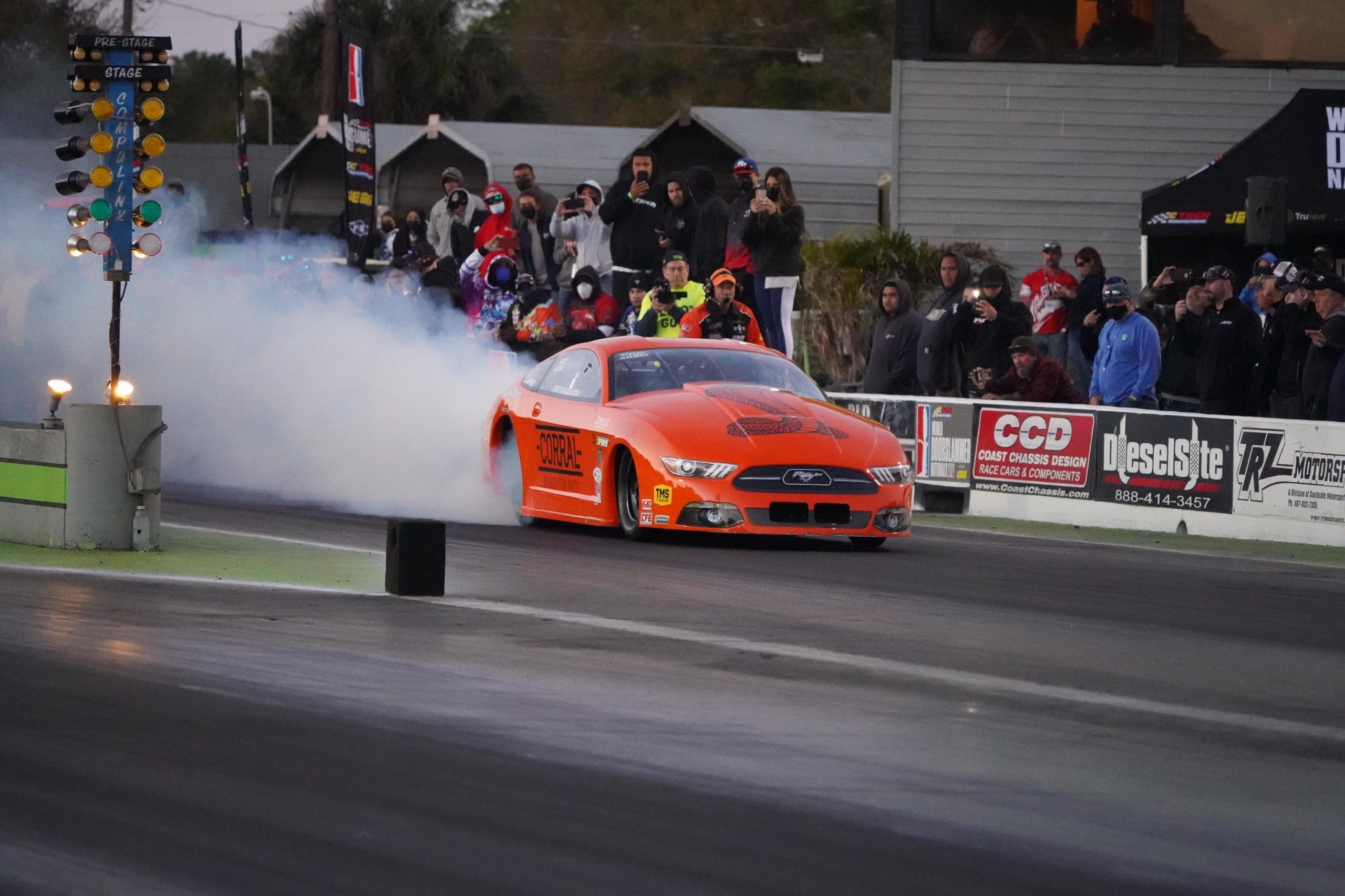 So, who had an all-Cuadra brothers final round? The answer is probably not many, at least outside the Cuadra team, but that will be the Pro Stock final at the CTECH World Doorslammer Nationals presented by JEGS.

In a pair of monumental upsets, Fernando Cuadra Jr. will face his brother, Cristian, in the ultimate underdog final round with $75,000 on the line. Fernando Jr. was first to advance, knocking off the legendary Greg Anderson with a run of 6.504 at 212.90 mph. Anderson went .003 on the starting line, but quickly shook and shut off as Cuadra darted down the track with a career-best time and speed. 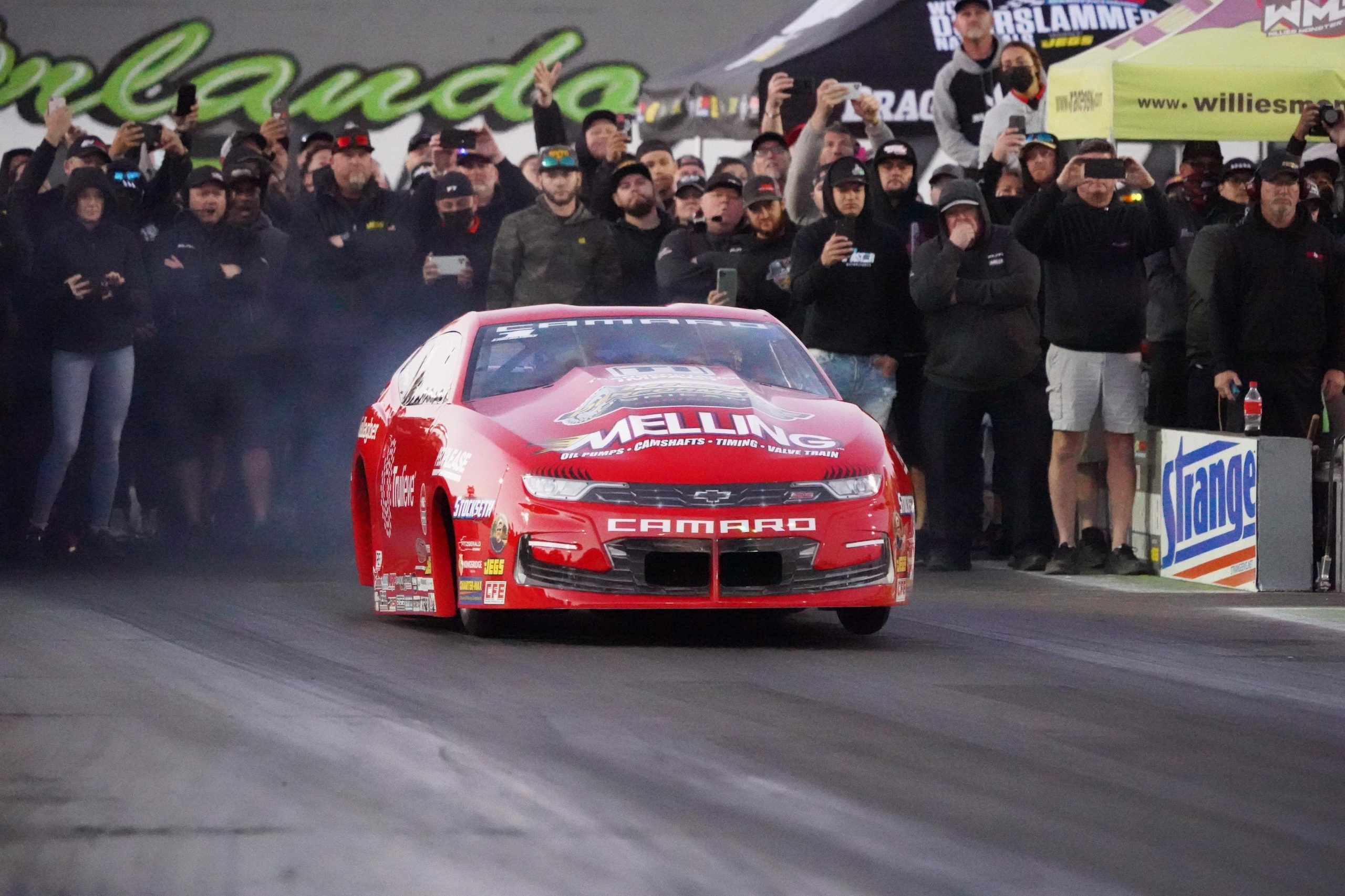 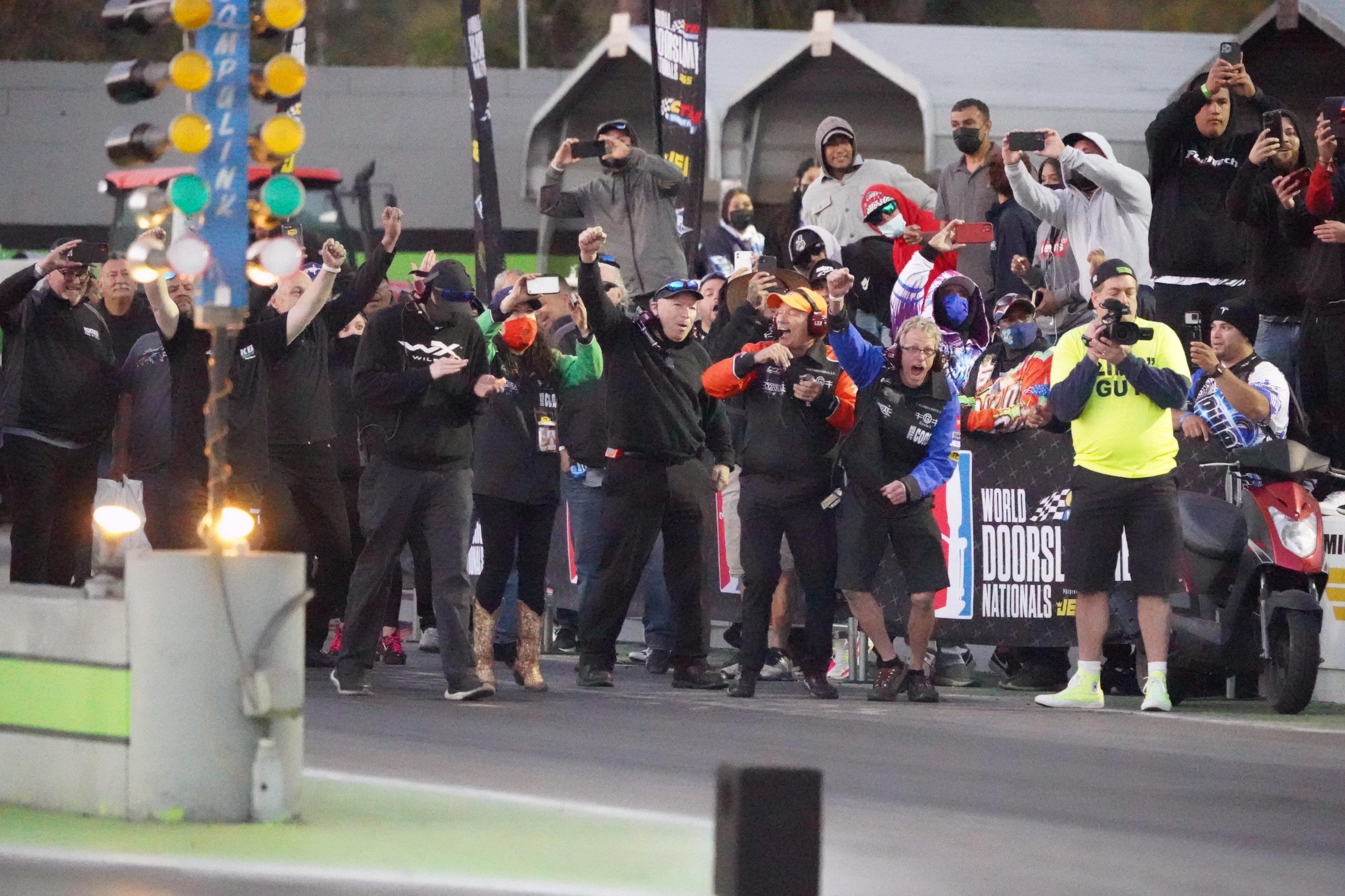 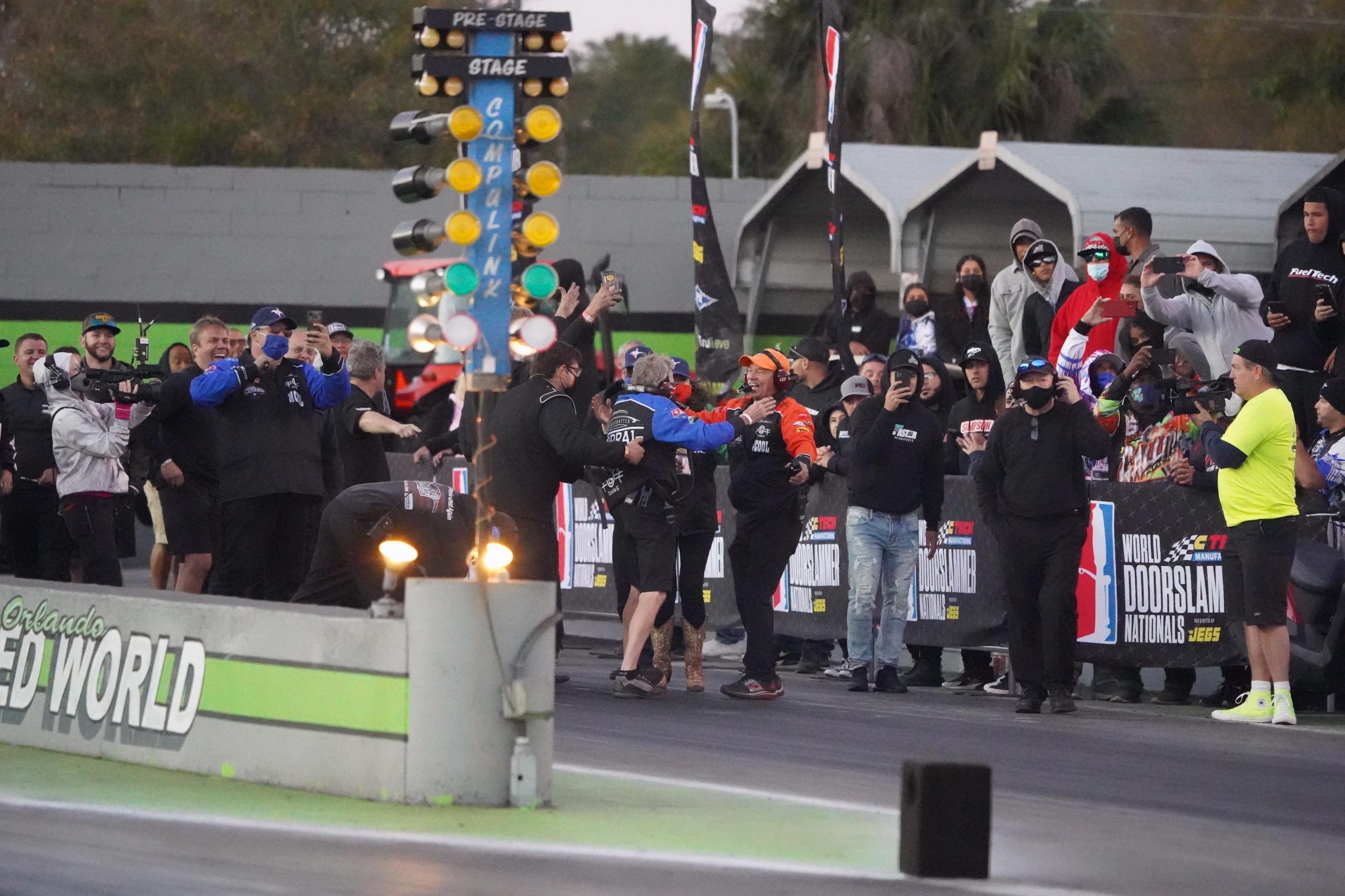 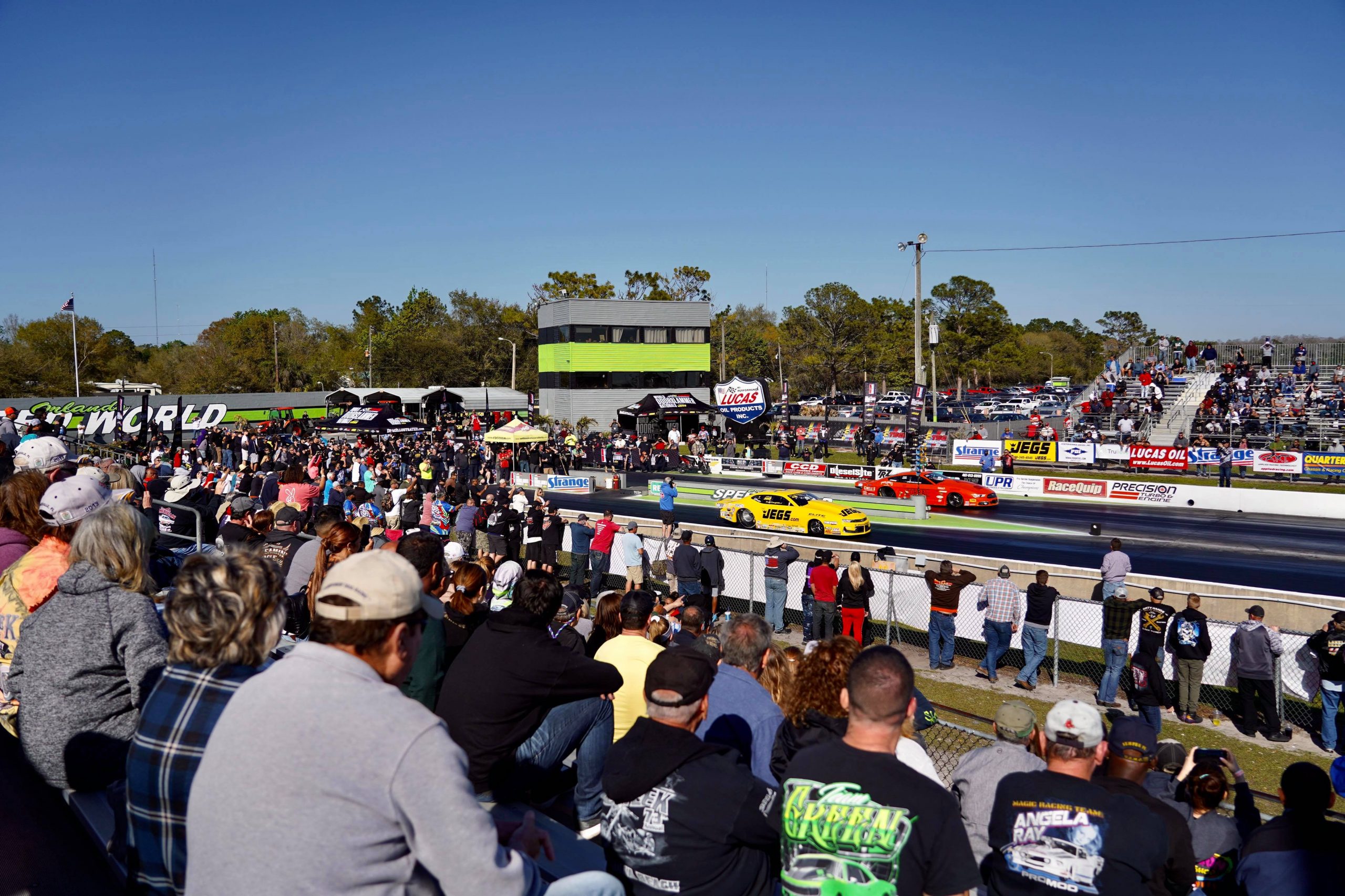 Heading into the semifinals, it’s two established stars and two underdogs after a thrilling second round in Pro Stock at the CTECH World Doorslammer Nationals presented by JEGS.

Not many would have likely predicted Cristian and Fernando Cuadra Jr. in the semifinals, but anything can happen in eliminations. Fernando Jr. put down a strong pass, going 6.530 at 211.33 to knock off Aaron Stanfield, while Cristian beat Troy Coughlin Jr. when both cars shook. He recovered and was able to get it to the finish, as Coughlin could only coast.

The other two semifinalists are expected, as Greg Anderson became the first driver in the class to dip into the 6.40s this weekend. He went a blistering 6.497 at 212.86 to move on, and he needed all of it against Dallas Glenn, who was .018 on the starting line and went 6.512 at 211.95. Meanwhile, the other four-time champion left, Erica Enders, also looked stout with a 6.501 at 210.87 to easily get past Elite Motorsports teammate Alex Laughlin. 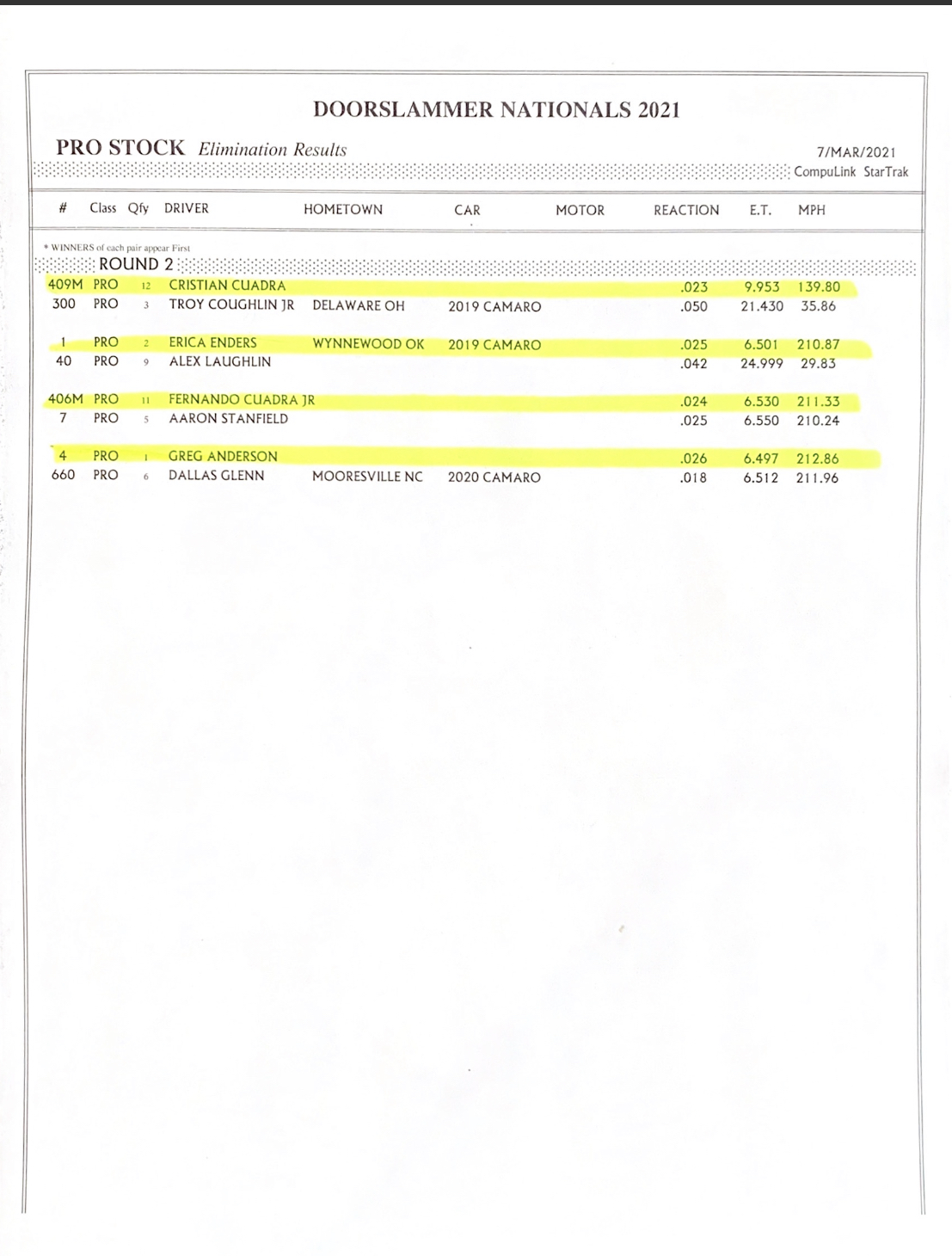 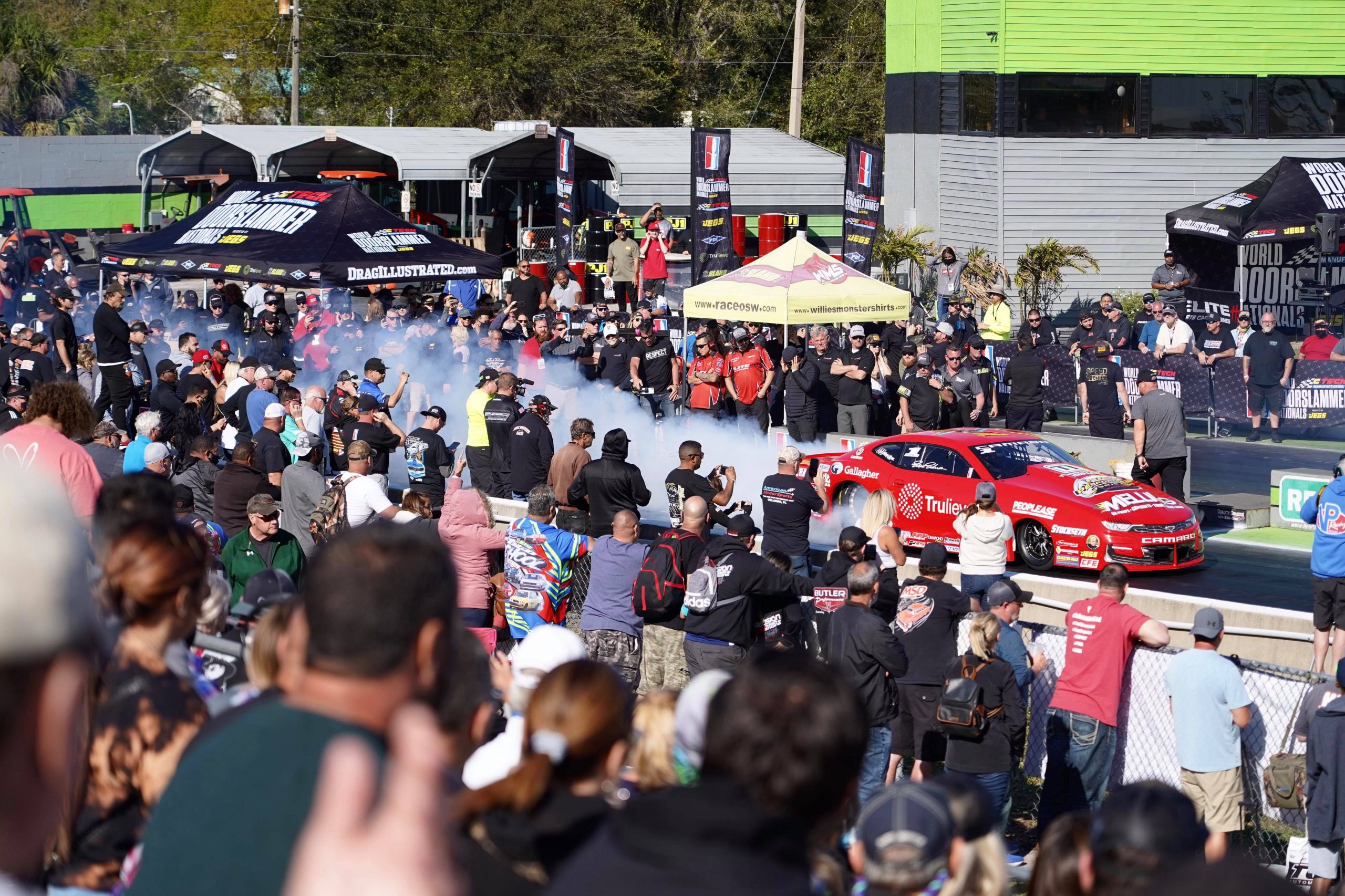 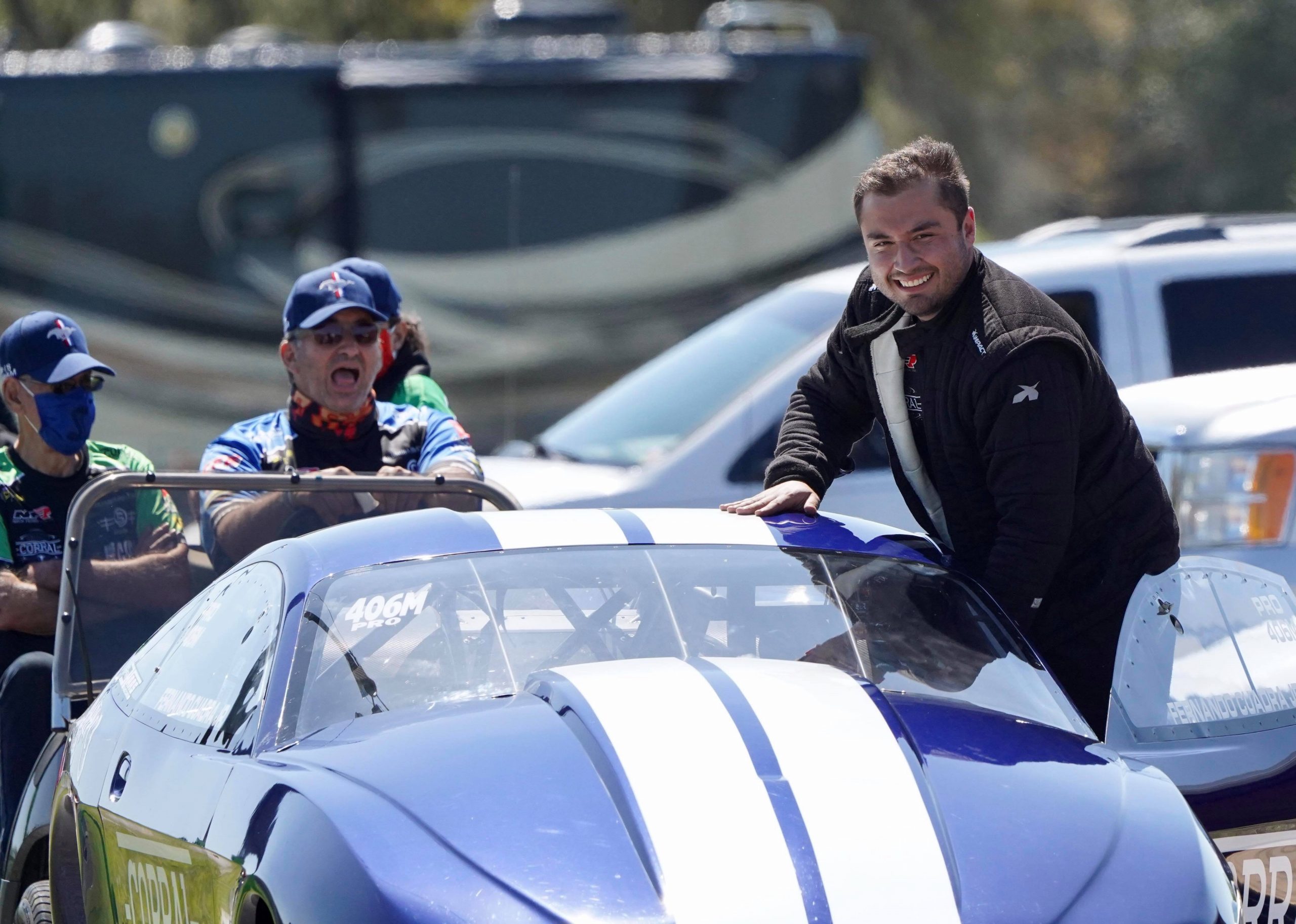 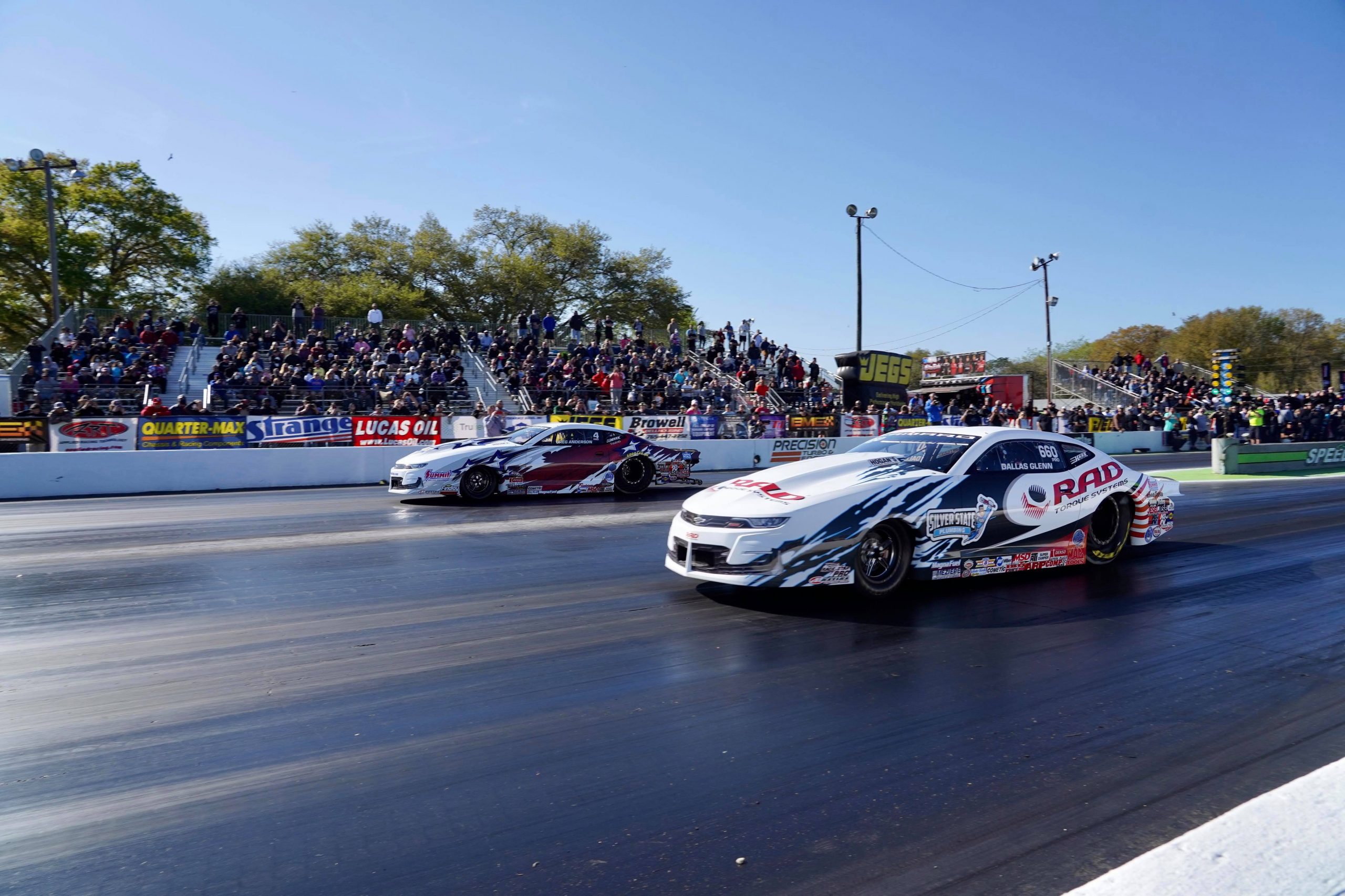 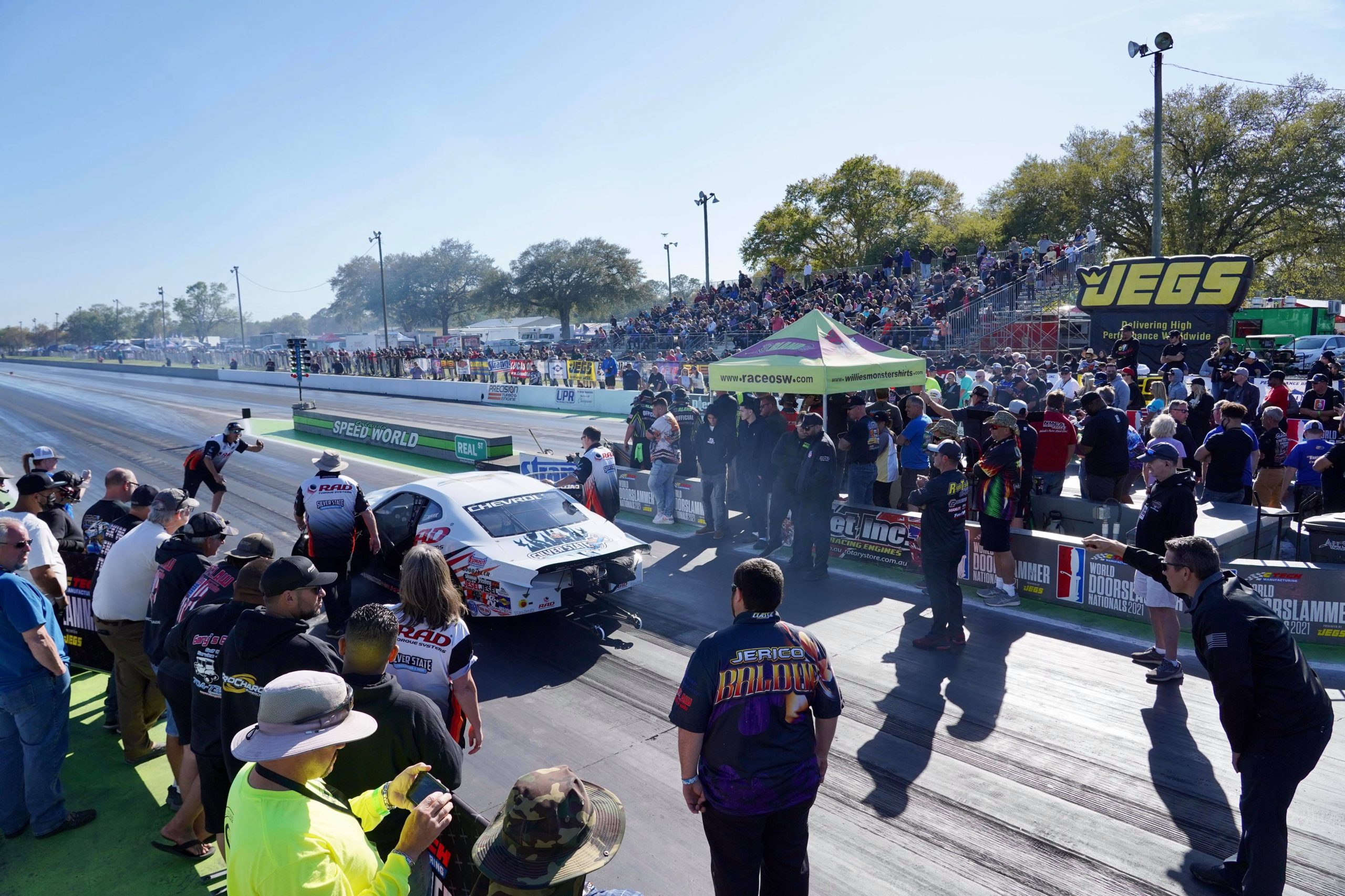 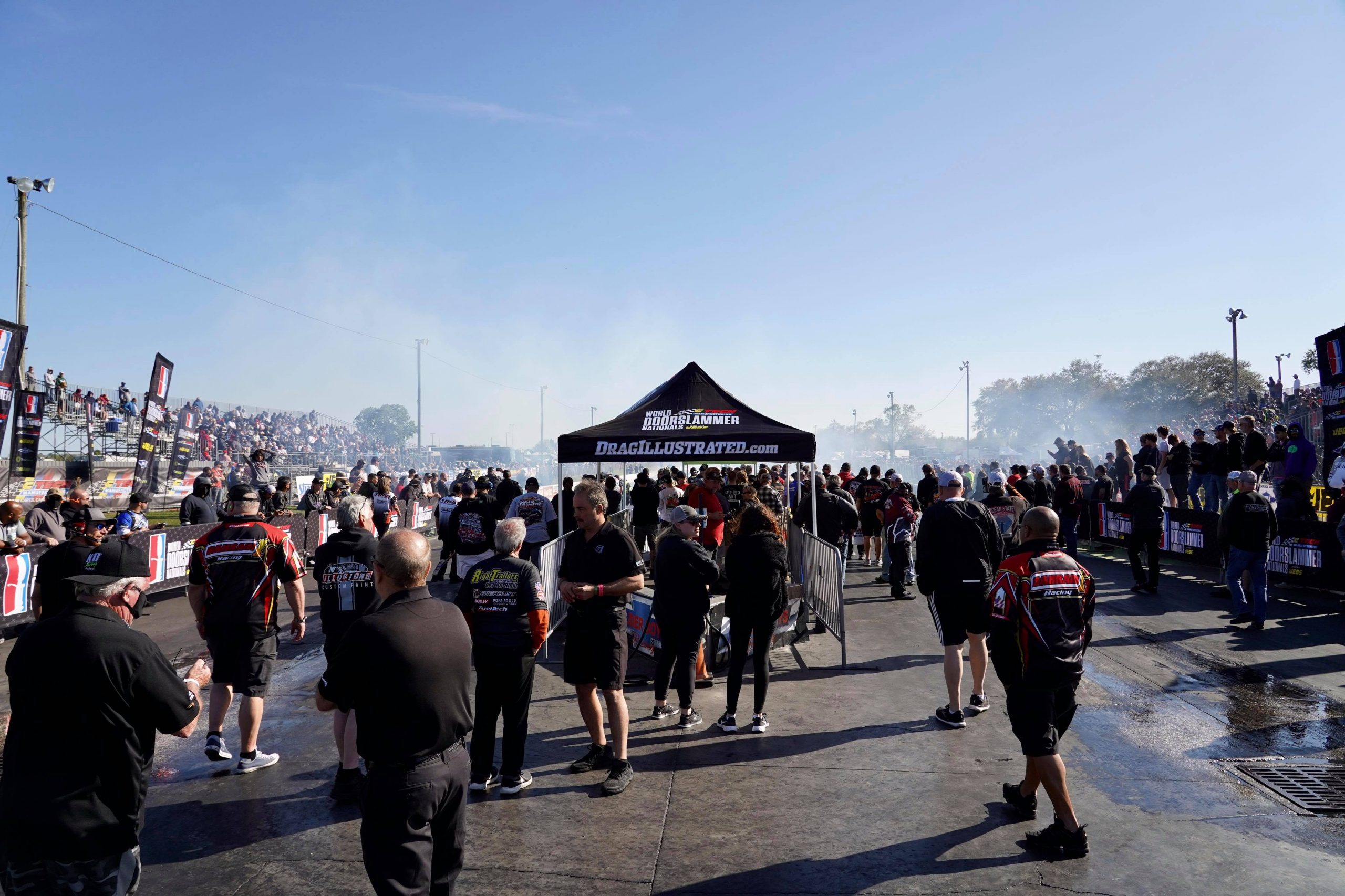 No. 1 qualifier Greg Anderson drew his KB Racing teammate, Kyle Koretsky, in the opening round, and the duo put on a show with the quickest side-by-side run of the first round. It was Anderson who prevailed, making the quickest run of the weekend thus far with a pass of 6.503-seconds at 212.56 mph. It topped Koretsky’s 6.510, which would have been good enough against any other first-round opponent.

Such is the luck of the draw at the CTECH World Doorslammer Nationals presented by JEGS.

Reigning Pro Stock world champ Erica Enders also impressed with a 6.539 at 210.87, beating teammate Bruno Massel. Troy Coughlin Jr., driving the car his uncle Jeg Coughlin Jr. piloted to the winner’s circle a year ago, made a strong run of 6.537 to beat Bo Butner, while rookie Dallas Glenn, making the first start of his Pro Stock career went an impressive 6.529 at 210.44. He was also a killer .015 on the starting line, the best of the round.

Second-round matchups will also be based on a chip draw, with the better first-round run getting lane choice. 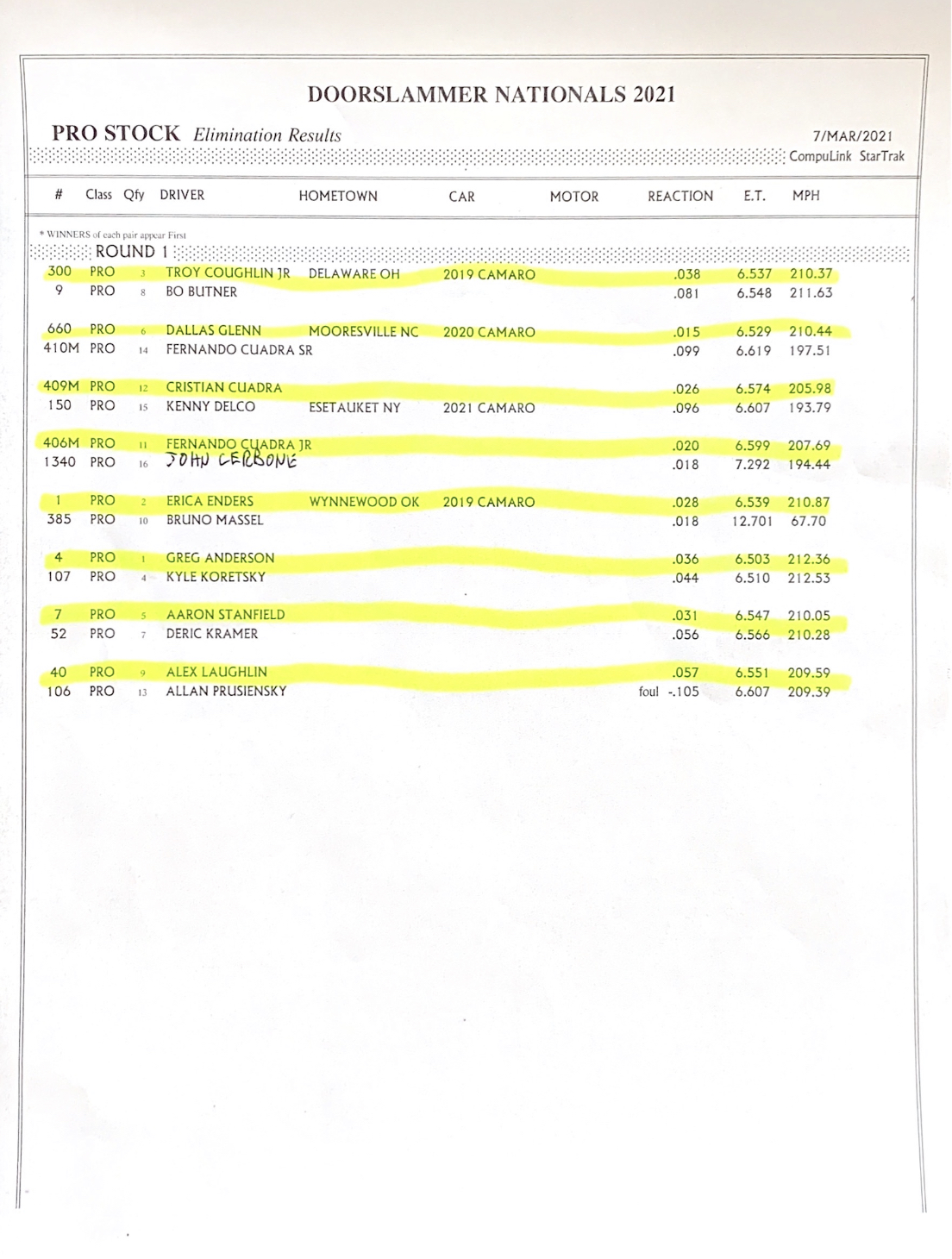 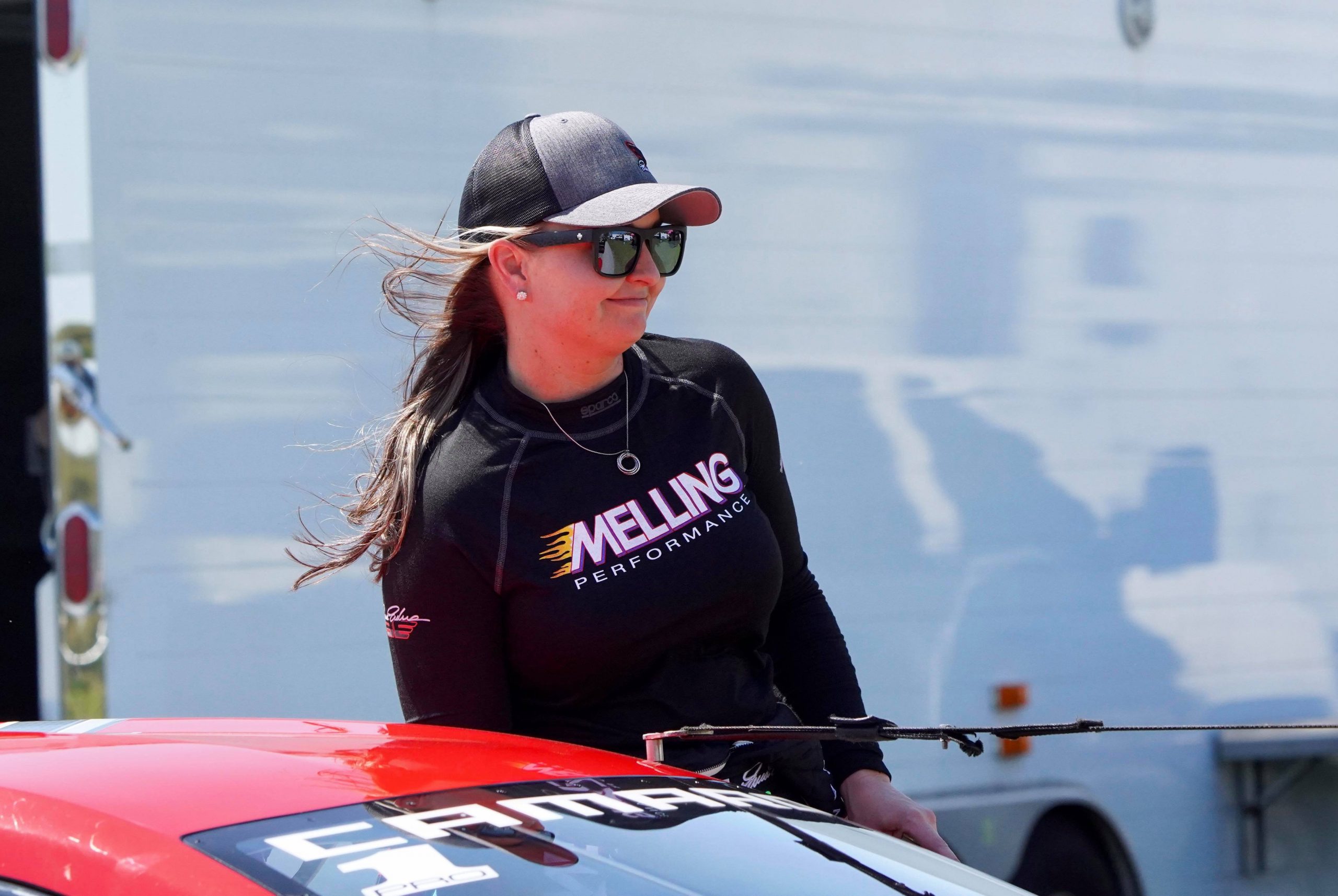 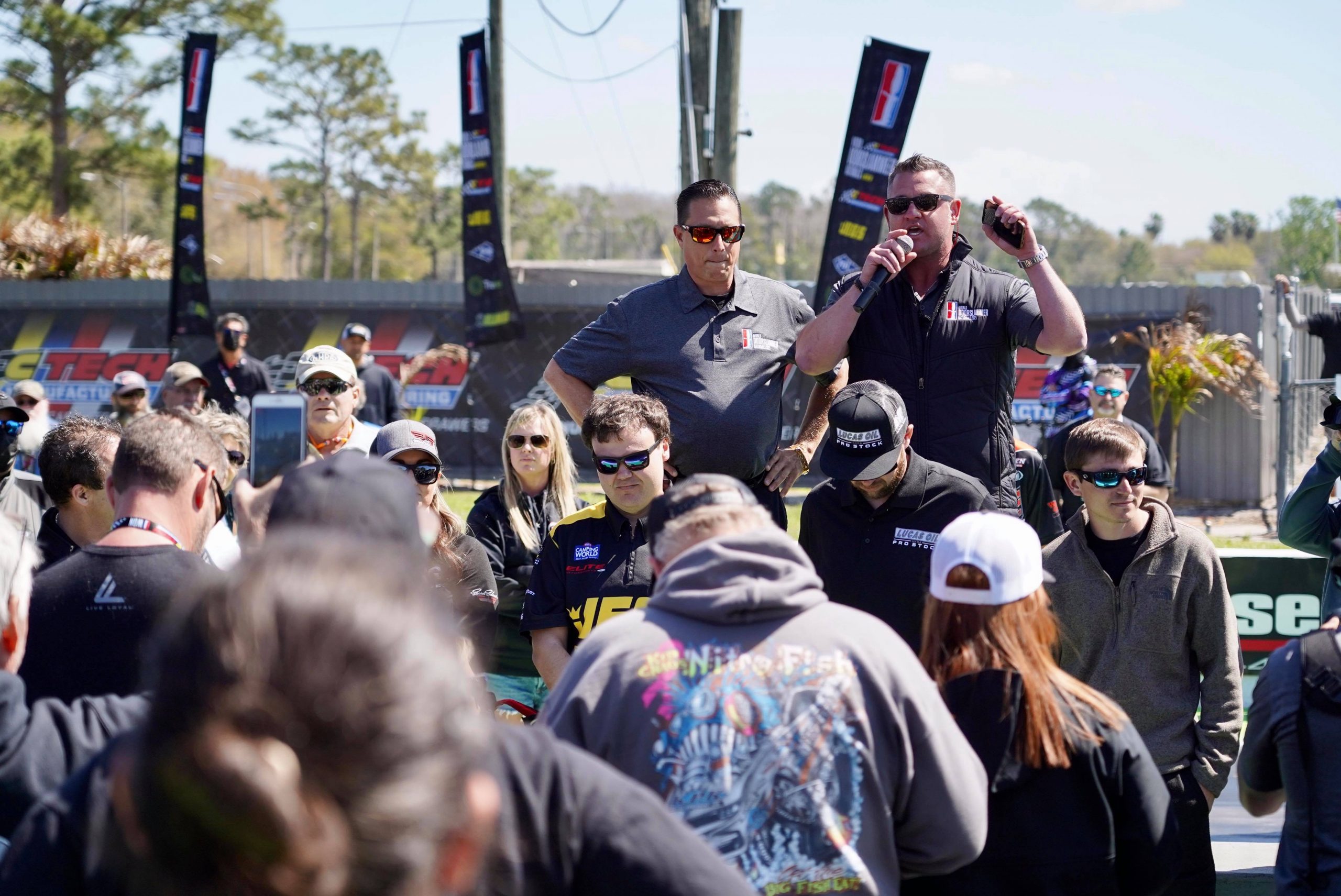 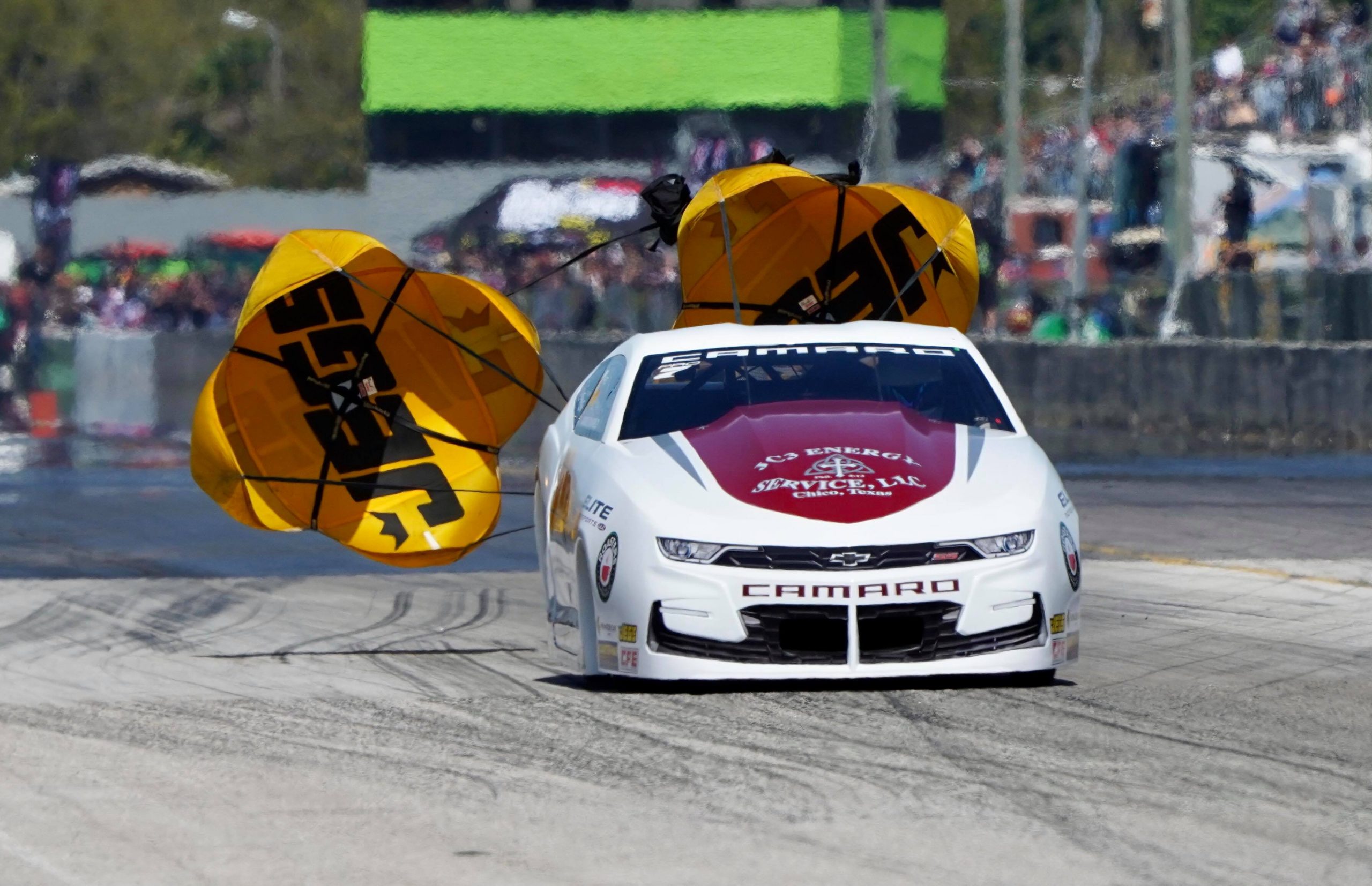 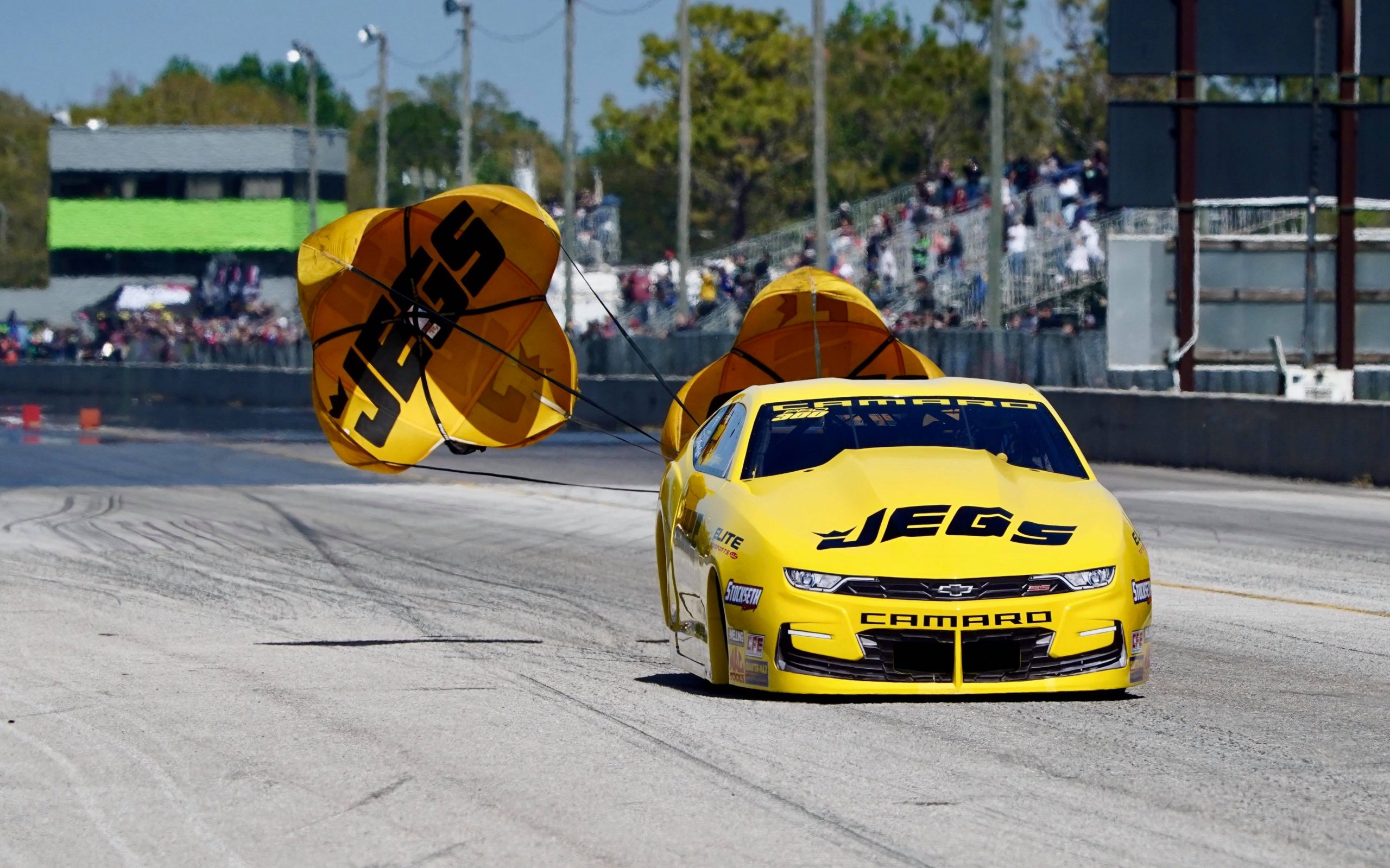 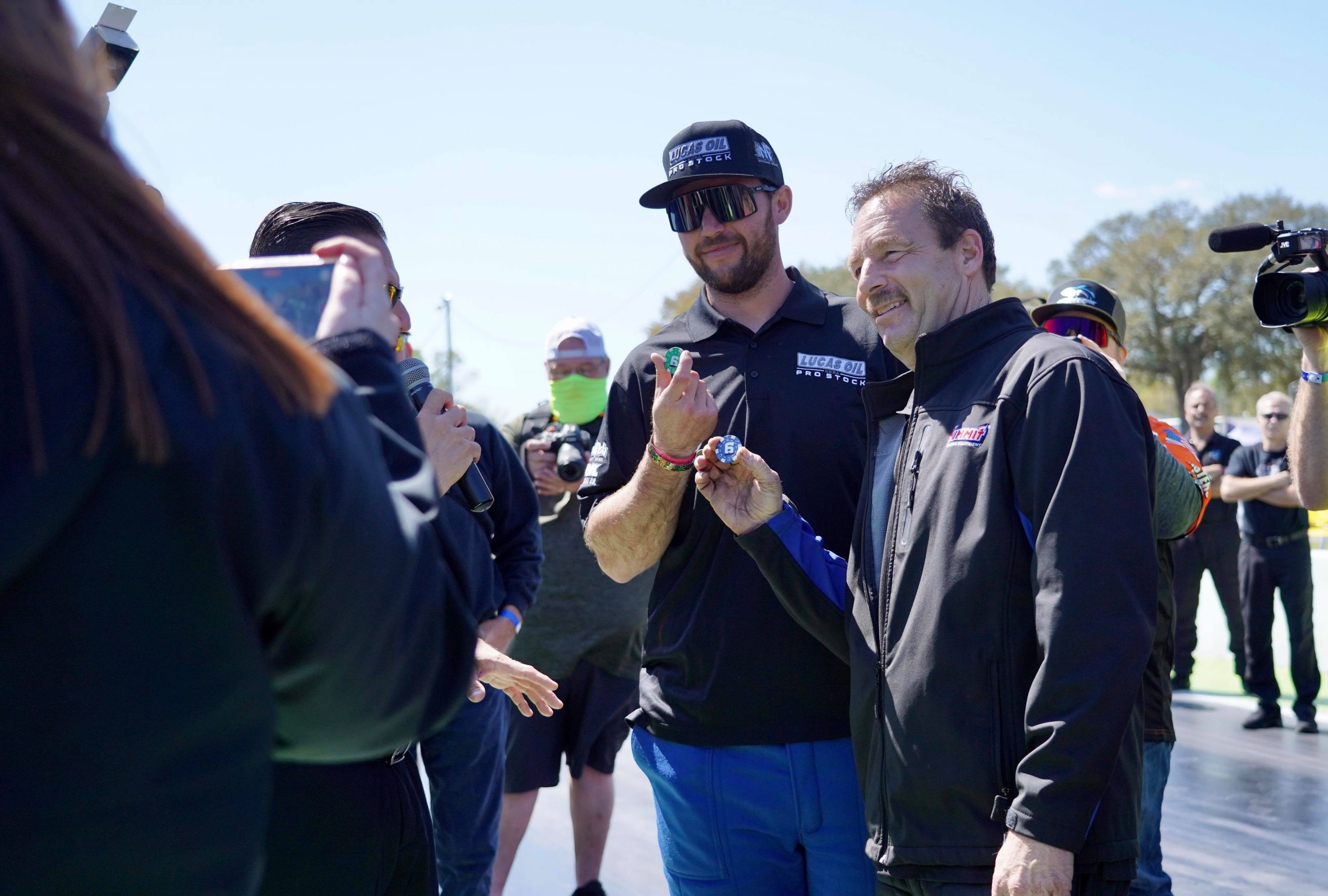 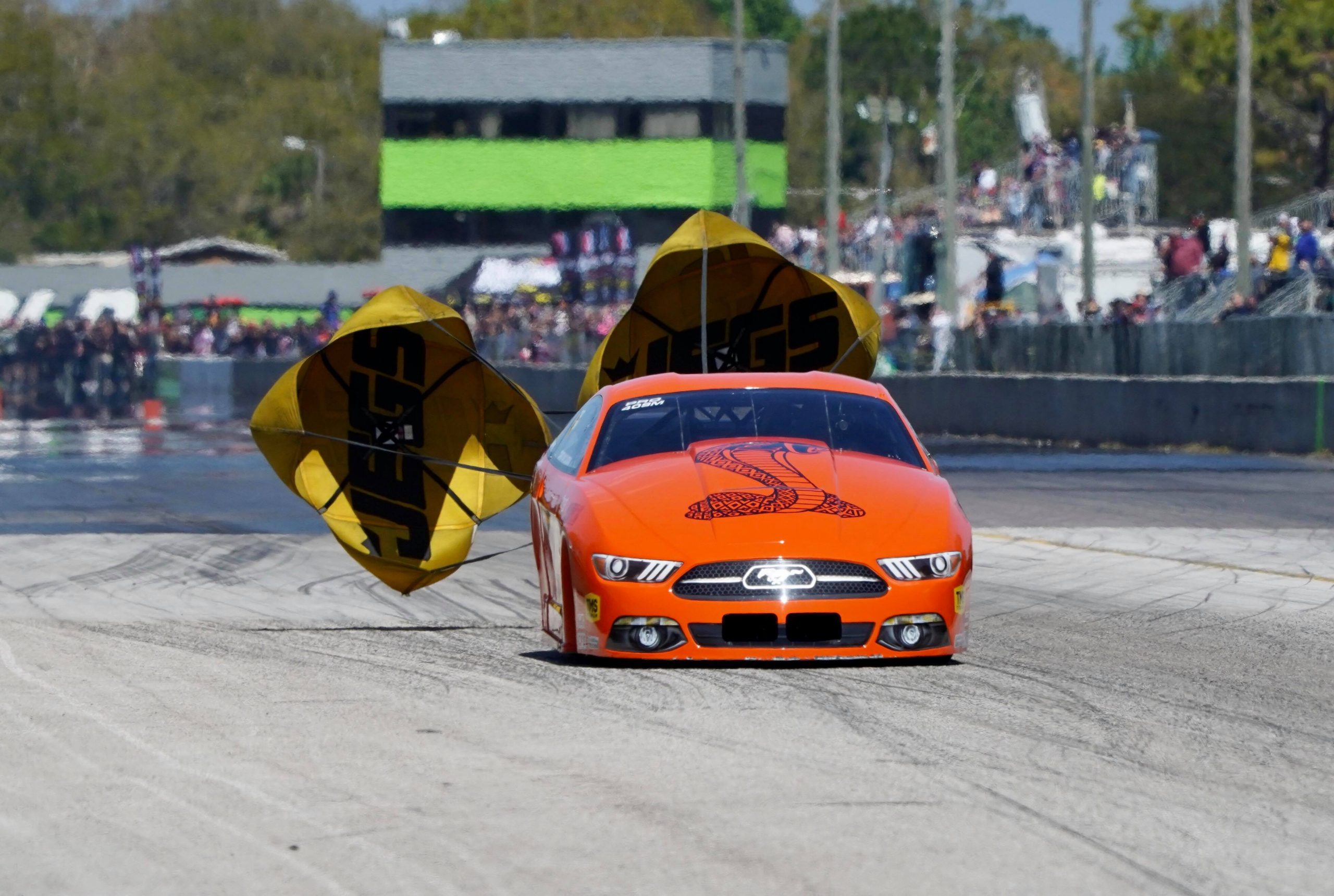