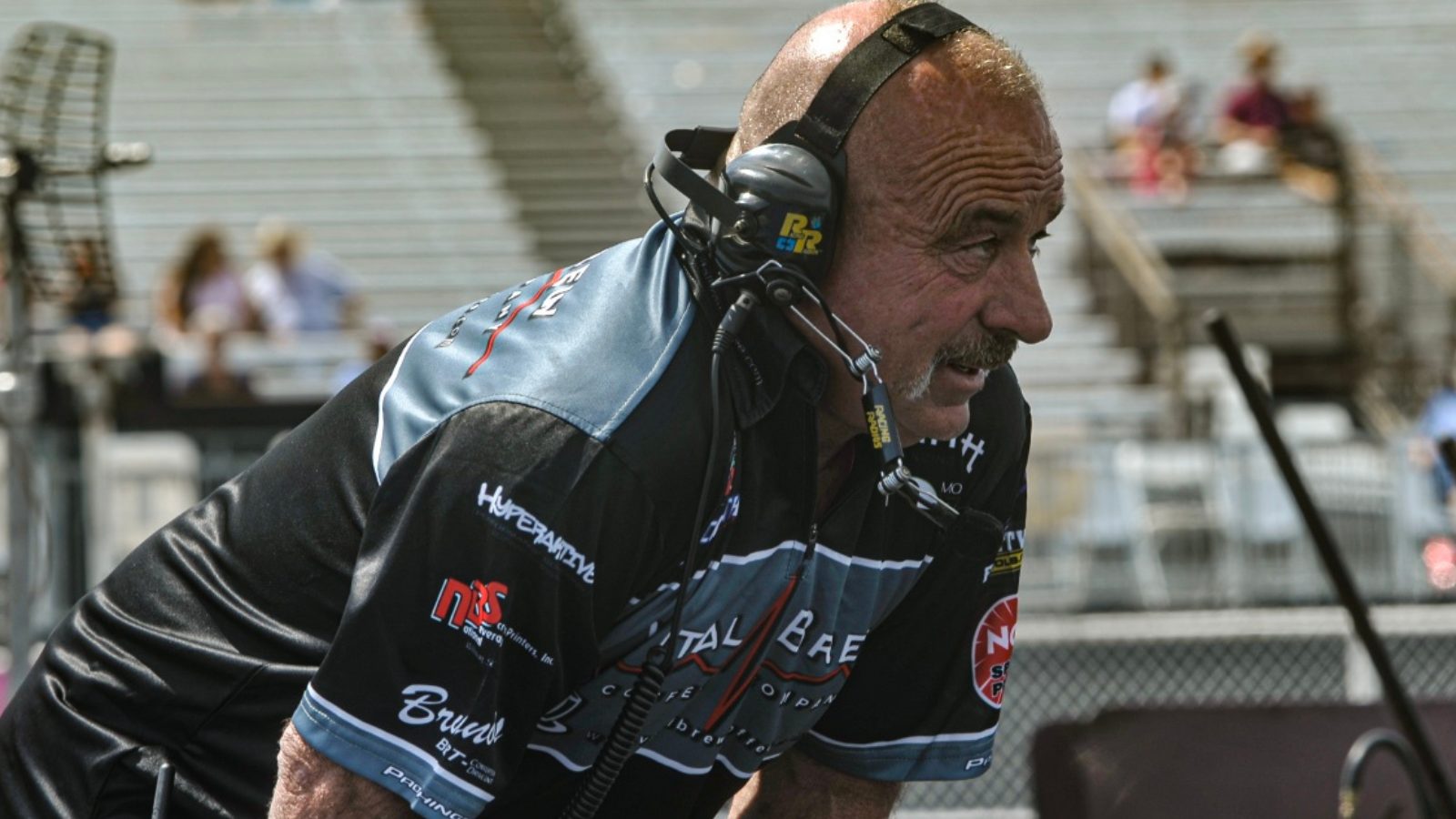 Crew chief Darrel Herron has been an integral part of four championships in NHRA drag racing, including the Comp Eliminator title earned by Bruno Massel in 2021. A somewhat surprising fact is that Herron came into the sport of drag racing looking for an alternative activity for his son, Cody.

At nine years of age, Cody was involved in Little League baseball until a series of injuries prompted Darrel and his wife, Ginger, to look for something outside of stick-and-ball sports for their son.

“I’m not very good on the internet, but I got on there and one-fingered it ’til I found some stuff about sprint cars,” explains Herron. “Well, I had to travel a hundred miles for Cody to do that, so I kept looking. All of a sudden, I saw Mike Spitzer was building Jr. Dragsters. I got him one, and I’ve been here ever since.”

The Indiana-based Herron family started racing Jr. Dragsters locally at Ohio Valley Dragway, and one day, their location in the pits set up a fateful interaction.

“This guy pulled in with a great big trailer and truck and all this stuff, and his name was Bo Butner,” laughs Herron. “He parked next to me, and he was trying to help his son but didn’t really know anything about the cars. He came over and asked me if I’d give him a hand, and the next thing you know, he asked me to go to a real race with him. I said, ‘This is a real race; the light comes on and goes off.’ But I went with him to Columbus, and then I started helping him with this or that here and there. The next thing you know, I’m building cars. It just evolved over the years.”

Herron ran a large crane and rigging outfit in southern Indiana and was a union iron worker for over 25 years, but he found a second career building race cars, working on them, and winning. Last season was his first full season as crew chief for Massel, and this season, he says they’re “just having fun running around with the No. 1 on the window,” racing whenever it makes sense for their schedules.

“I’ve been part of four championships – first with Jeff Taylor in Comp, then Bo in Comp, Bo in Pro Stock, and then Bruno,” says Herron. “But I really enjoy racing with my son. He drives a Stock Eliminator/Super Stocker FS/B (or) FS/C, and it’s probably the fastest in the country.”

Herron built the 2014 Mustang himself, and with his son behind the wheel, he sometimes feels the pressure.

“It’s harder to race with Cody than anyone else,” he admits. “It’s very intense; I can’t mess up. We went to Chicago this year, and I did a few things wrong. He ended up spinning the tires, and that wasn’t good. I think I feel worse than he does, but that’s racing. You’re going to win some, and you’re going to lose some.”

Herron’s knowledge of this fact is only from outside the car. In fact, he’s never been a drag racer himself.

“I don’t want to drive,” he says. “Everybody asks why I don’t, but I don’t need to. Some people are better out of the car. I’ve had a lot of good things happen in my life, and I’ve been very blessed to be around good people with good equipment and the means to do this. I have a lot of good friends out here, and it’s a good time. But when I see my son run, that’s the best. I like that.”