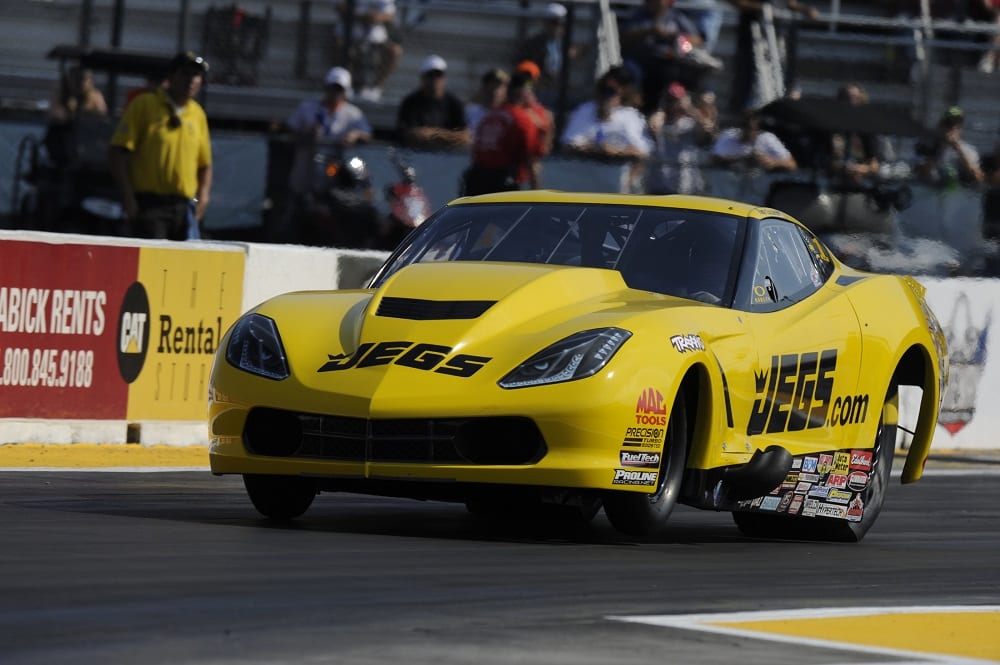 Troy Coughlin raced to victory Sunday in the NHRA J&A Service Pro Mod Drag Racing Series portion of the AAA Insurance NHRA Midwest Nationals. This weekend’s Pro Mod racing at Gateway Motorsports Park is presented by Precision Turbo & Engine. This is the ninth of 10 Pro Mod events on the 2016 season.

Coughlin, the reigning and two-time world champion, powered his JEGS.com Chevy Corvette to a 5.802-second pass at 253.85 mph to defeat two-time world champ Rickie Smith’s 5.830 at 250.09 in his late model IDG Chevy Camaro. Coughlin earned his second victory of the season and eighth of this career. Coughlin trails Smith by 93-points with one event to go.

“We’re keeping the drama going, that’s for sure,” said Coughlin, who also won at St. Louis in 2012. “We’re nipping at Rickie’s heels and he knows in. This JEGS.com car came out swinging and we couldn’t be more excited. It’s been awesome.”

Coughlin, who won in Englishtown, N.J., and posted a runner-up finish in Indianapolis, outlasted Bob Rahaim, Steve Matusek and Khalid alBalooshi in the earlier rounds.

Smith, who claimed victories at Gainesville, Fla., and Atlanta, beat Steven Whiteley, Von Smith and Michael Biehle II en route to his fourth final round appearance of the season.