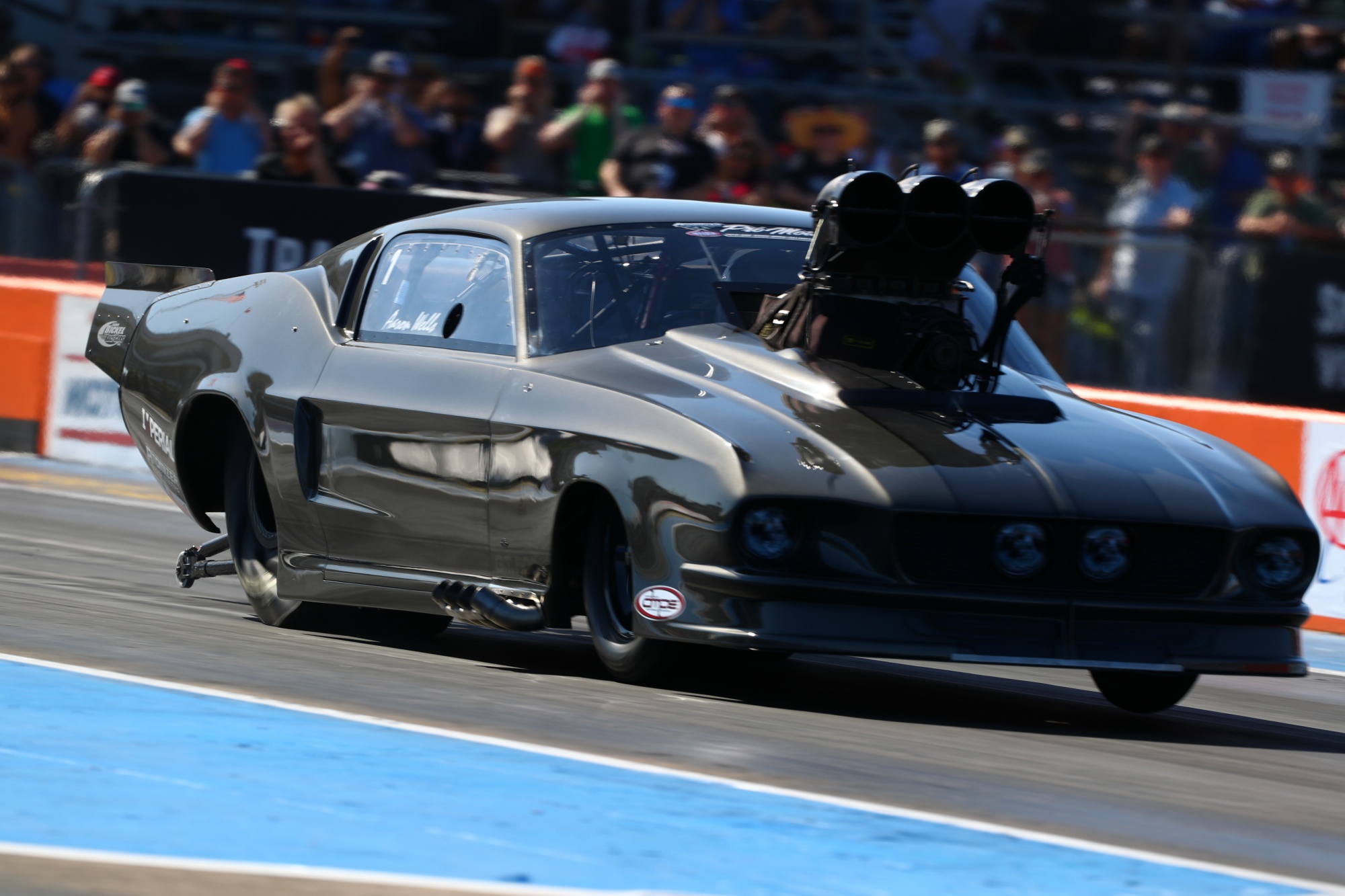 Based on the strength of four number-one starts and two wins in the Summit Racing Equipment Mid-West Pro Mod Series (MWPMS), Aaron Wells secured his first national Pro Mod championship early this October. Then, to punctuate the accomplishment, the new champ followed up one week later with another big victory in the inaugural Atomizer Racing Injectors MWPMS Invitational, held within the NHRA national event at the Texas Motorplex, near Dallas.

“The car’s consistency was great all year long,” Wells said of his Jerry Bickel-built, screw-blown ’67 Mustang GT 500. “We had basically a semi-final or better at every race, so I really couldn’t have dreamed of a better season. It’s been kind of like a fairy tale where nothing really went wrong.”

MWPMS owner, promoter and competitor Keith Haney, a past Mid-West Series Pro Mod champion himself, praised the job Wells and his family based team did all season long and expressed confidence in the series’ new top dog.

“Aaron and his team have been racing with us from the start and always bring a top-notch, competitive car to go racing with, so I’m happy to see them have this success,” Haney said. “Everyone at the Mid-West Series is proud to call them our new Pro Mod champions and I look forward to seeing them enjoy the title as they go about defending it next year.”

Wells opened his 2019 campaign with a number-one start in March for the MWPMS season opener at the Motorplex. He reached his first final at the next event in St. Louis and took over the points lead, but the first victory came in May after Wells defeated 2018 series champion Jonas Aleshire for the race win during the series first of two visits to Osage Casino Tulsa Raceway Park this year.

The MWPMS then headed to Xtreme Raceway Park in Ferris, TX, before Wells’ second race win came in August as the MWPMS revisited St. Louis, giving him nearly a full event’s worth advantage over Justin Jones in second with two events remaining on the 2019 schedule.

“The honest truth is that it doesn’t matter what the points look like; I just want to win every single race,” Wells insisted at the time. “We’ve got what I would call the best all-around car in the Mid-West Series. It might not be the fastest every single time we go out, but it is right where we want to be as far as consistency is concerned.”

Wells had a chance to clinch the championship at Memphis in September; however, a semi-final loss to Jones–who went on to score his career-first MWPMS win–kept the 2019 title chase alive until the season ender. The drama was short-lived back in Tulsa, however, as Jones surprisingly failed to qualify, later citing elusive “gremlins” in his blown 2018 Corvette for ending his championship hopes.

“It was disappointing for sure, but I want to congratulate Aaron and his team for what they accomplished this year,” Jones said. “They ran great all season. I just wish we could’ve given them a little more at the end, but we’ll be back next year, just like I’m sure they will be, too.”

Perhaps surprisingly, Wells said he also felt “a little disappointed” when Jones missed the cut, insisting he’d been looking forward to settling the MWPMS title on the track. Still, he added, they both were in the same position as the third-and-final qualifying session began.

“I went from dead last to number one, just that fast,” he recalled. “So I was a little concerned about not getting in, too. So when Justin didn’t qualify I think it was kind of a disappointment for both of us. But I’ll take wins anywhere I can get them, especially championships, but I know the time will come and we will line back up together and have it out.”

After ending his season with a semi-final finish in Tulsa, Wells returned to his appropriately named Mustang, OK, home, where he immediately applied his new number “1” status to the car before setting about preparing it for the MWPMS Invitational just one week later in Dallas.

“A two-week turnaround is really difficult for us, so this was about the most challenging we’d ever faced,” Wells said. “The car made it home from Tulsa on Sunday and we immediately started tearing it all the way apart and going through everything to have it ready to leave out Wednesday morning. That was probably the biggest challenge that we faced all year.”

As it happened, Wells and Jones didn’t have to wait long for the inevitable showdown, as they met in the MWMPS/NHRA final, where Wells added a unique Wally to his trophy haul for the year after the rearend in Jones’ car let go on the launch. 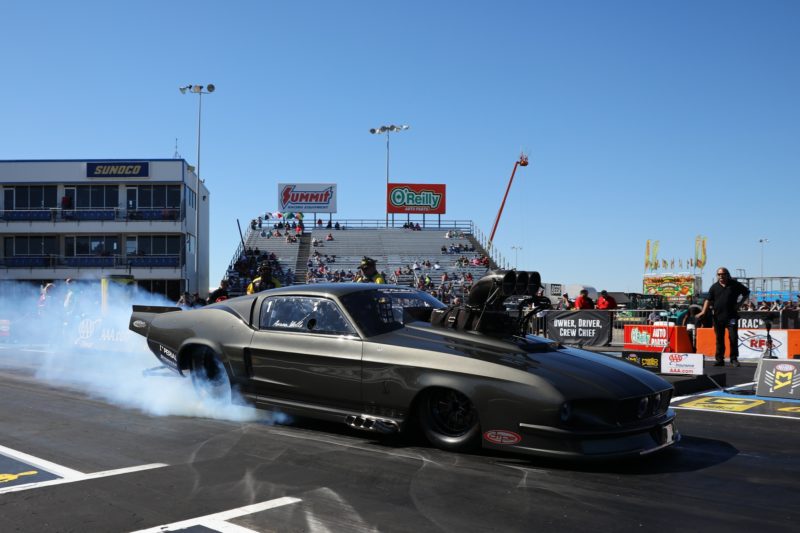 Afterward, Wells credited engine builder Darren Mayer along with tuner Travis Cannon for his success this year, as well as Marty Chance, who built the car’s torque converter. He also thanked his mom and dad, Becky and Steve Wells, for their support and trackside crew duties, crewman Tanner, and his kids, Tyler and Kenzie.

Then, to round out a lengthy 2019 campaign, Wells and crew loaded up and headed west to Las Vegas late in November, where they capped off their most successful racing year ever with a dominating final-round win over fellow MWPMS competitor Randy Merick in the Street Car Super Nationals.

“This is a real family team and I couldn’t be out here without them,” Wells stated. “I also want to thank our employees back home at Midstate Traffic Control in Oklahoma City. We’ve got really good people there that take care of business while we’re off racing.”