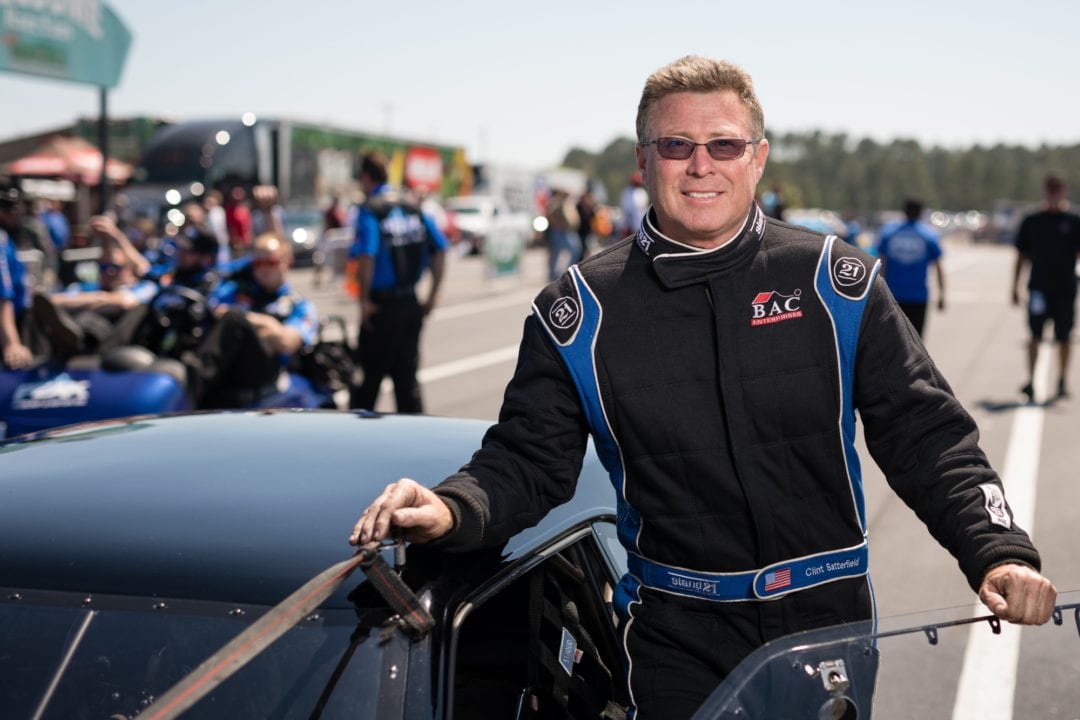 Clint Satterfield might have lost in the first round of the inaugural DRAG ILLUSTRATED World Series of Pro Mod a season ago, and his 2018 NHRA Pro Mod season hasn’t gone according to plan thus far.

But good luck convincing the Pro Mod veteran that the $100,000 check going to the 2018 winner of the WSOPM, which takes place Aug. 10-11 at Bandimere Speedway, won’t be coming home with him.

“I’m just saying I’m going to win,” Satterfield said. “After I started looking at time slips last year, I believe I had the fastest car there. I know I had faster time slips. Plus what we learned last year, we’ve got some tricks for them. I know the car hasn’t shown a lot of promised on the track yet, but I promise you, it’s one bad ass hot rod.”

It’s a brand-new “Turbo Pig” ’69 Camaro that Satterfield debuted this year, working with Larry Jeffers Race Cars and Xtreme Racing Engines by Carl Stevens, and Satterfield is anxious for its potential to be unleashed.

It hasn’t happened yet, but Satterfield knows it is there and he has a little more than a month to figure it out before he makes the trek to Denver.

He isn’t wasting any time, either, as Satterfield is spending this weekend at his hometown track in Albuquerque working on building boost in elevation.

That is how serious he is taking the WSOPM, especially after believing he had a car capable of winning a season ago. He fell to Michael Biehle in the opening round, but Satterfield suffered a broken intake valve during the run, leaving him wondering what might have been. 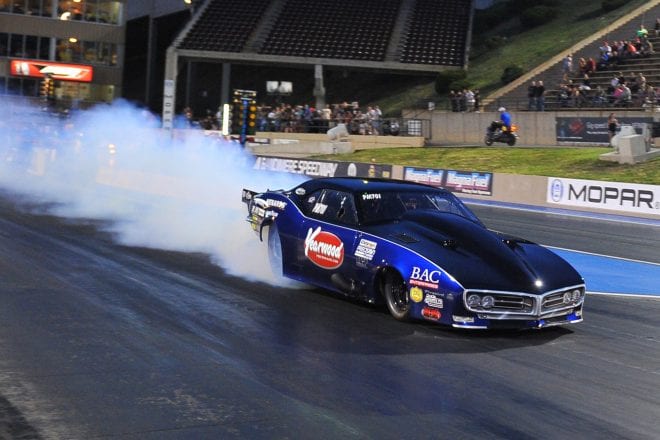 What he didn’t have to wonder about was whether he enjoyed himself during the debut WSOPM event.

“Ever since that ended, I’ve been waiting for the next one,” Satterfield said. “I’m through the roof excited. It’s the highlight of our entire year and it’s something we really like to do. It was a great show for the fans, a great venue and (Drag Illustrated Founder and Editorial Director) Wes (Buck) supports drag racing like no other. It’s just fun. You know, that three-letter word that often escapes us.”

But it was a clear part of the weekend, even with the high stakes of competing for $100,000 on Thunder Mountain.

It remained one of the major dynamics that made the WSOPM a rousing success, and a distinct theme for every racer who competed in the race a season ago. For Satterfield, the six-figure payout is what he is after this year, but it won’t stop him from enjoying himself with friends.

“A lot of the guys, we help each other. We all want to win, but it’s not stressful,” Satterfield said. “You couple that with the fans, the facility and a great family environment, that’s what makes it so much different. Wes treats you like family and wants everyone to do well.”

Satterfield may feel like he is due for some success after a frustrating couple of years. The former NHRA Pro Mod event winner was ready for a great run in Bristol, but the car left in second gear en route to a 6.015, perfectly summing up what has been a difficult stretch. Satterfield, though, remains confident a major turnaround is coming and he’s just fine with it taking place in Denver.

“I believe so firmly that everything happens for a reason,” Satterfield said. “When it’s ready, it’s going to go. But we’re ready to roll, baby. We know it’s fast. We tried some stuff with the motor the first of the year and it was a little too much for it. But we all said this going to be awesome in Denver. We don’t plan on it slowing down there.”

If nothing else, Satterfield will come out swinging on Thunder Mountain, and he’s confident he is capable of landing some haymakers during the weekend.

He’s also not holding anything back, carnage be damned.

“When we get out there hopefully the damn pig will fly and do what it’s supposed to do,” Satterfield said. “For $100,000, we’re running it to the end. Last year we had three motors and I told them you can have them all. We’re excited to see how fast this car will be very soon.”