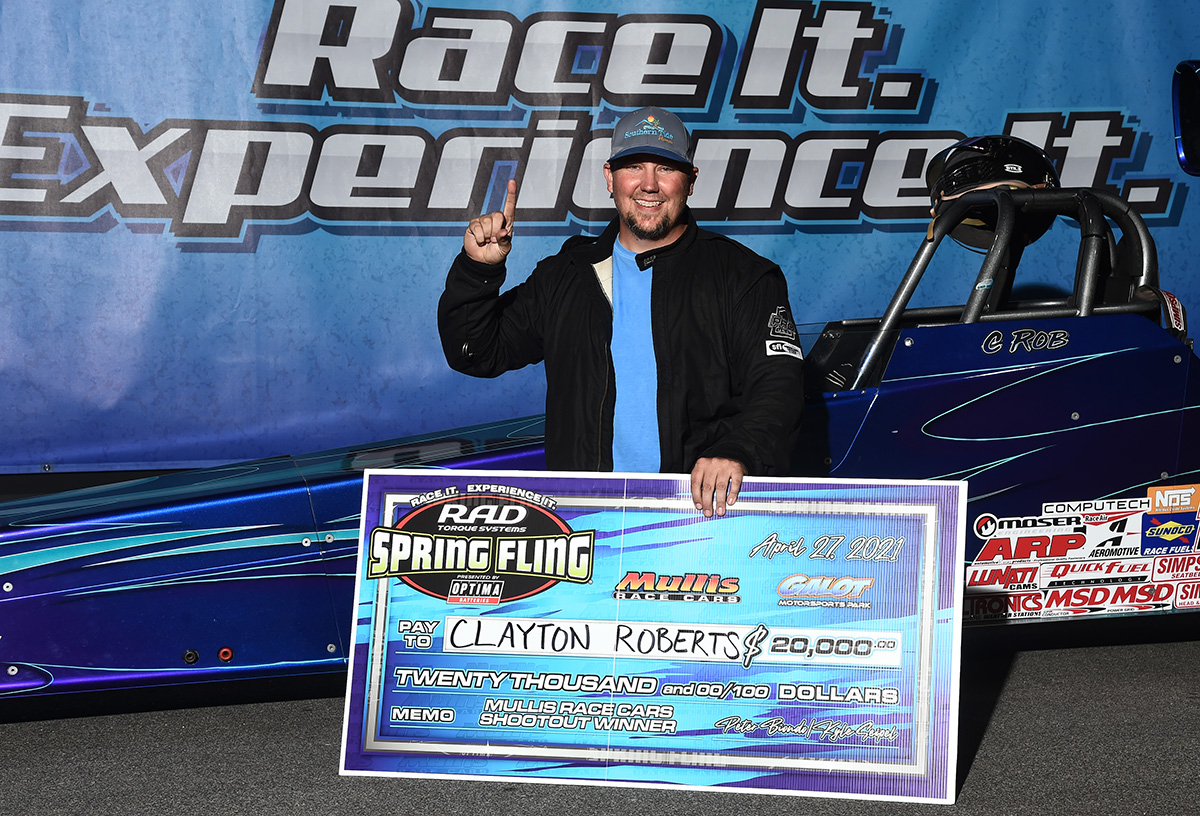 Racers poured in through the gates of GALOT Motorsports Park Tuesday morning under sunny skies and a breeze expected to be seen all week for the RAD Torque Spring Fling presented by Optima Batteries.

A pre-entry system had the event sold out within minutes in past years, but as of 2021 there will be no limit on car count and co-promoters Peter Biondo and Kyle Seipel have implemented their “Gate Entries Welcome” policy.

As has been the case with all Fling events on the east coast, the ‘A vehicle can only go down the track once per round’ rule will again be in effect and follow the 15K/25K/100K/25K payout format. Also being implemented as always is TruStart, the ‘Worst Red’ product of Compulink.

Rob’s Automotive, Collision, and Towing Tuesday Test and Tune allowed racers to make as many runs as time allowed from 2:00 – 9:00 p.m. in conjunction with a Mullis Race Cars Shootout exclusive to a 32-car field. The winner would grab the $20,000 big check, runner-up $3,000, and $1,000 would be paid to the semifinalists.

Bo Butner and Chris Reynolds led the final eight shootout competitors as they matched up on a ladder in round three. Butner used an .014 taking .009 to advance himself to the semis. Clayton Roberts was .013 total and taking .006 over Will Holloman, while Tim Thomas earned a spot in the final four by way of Tim Quintin’s redlight. Cameron Manuel utilized his advantage on the tree over Ken Batchelor and will meet with Butner in round four. Thomas will face Clayton on the other side of the ladder.

Manuel’s .013 package locked Butner out of a spot in the final round despite the recent 2021 Spring Fling Million champion taking .006 at the stripe. Roberts used a .009 and “dead-on” zero to advance past the .017 package of Thomas and earned him a place next to Manuel for $20,000. 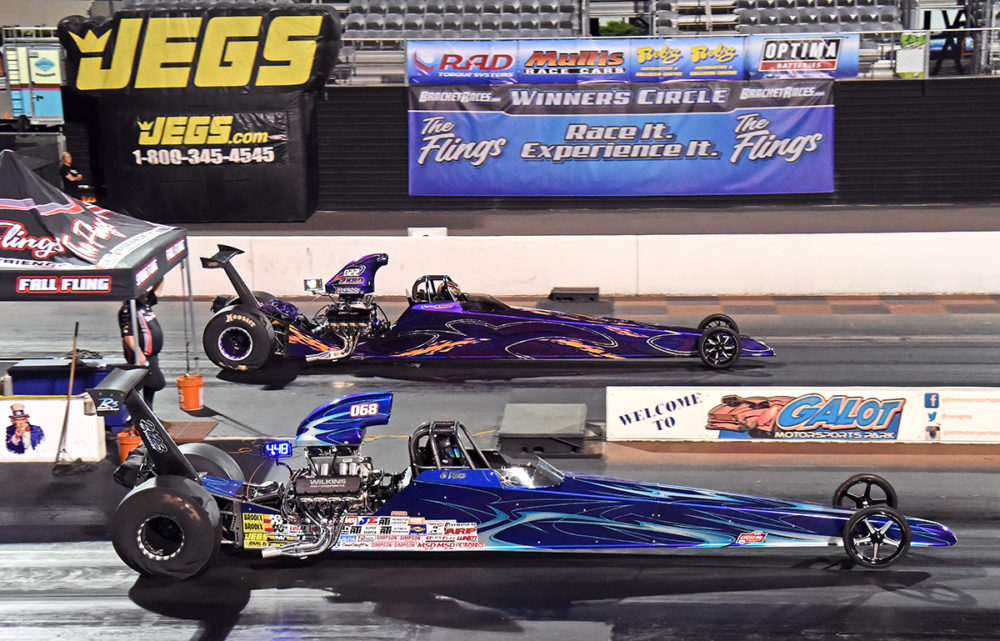 Fuel System Technology Carburetors 15K Wednesday will kick off at 8:30 a.m. with a time run starting with door cars. Racer appreciation prizes from leaders in the industry will be given out from the prize vault including helmets, weather stations, dragster scoops, and more.