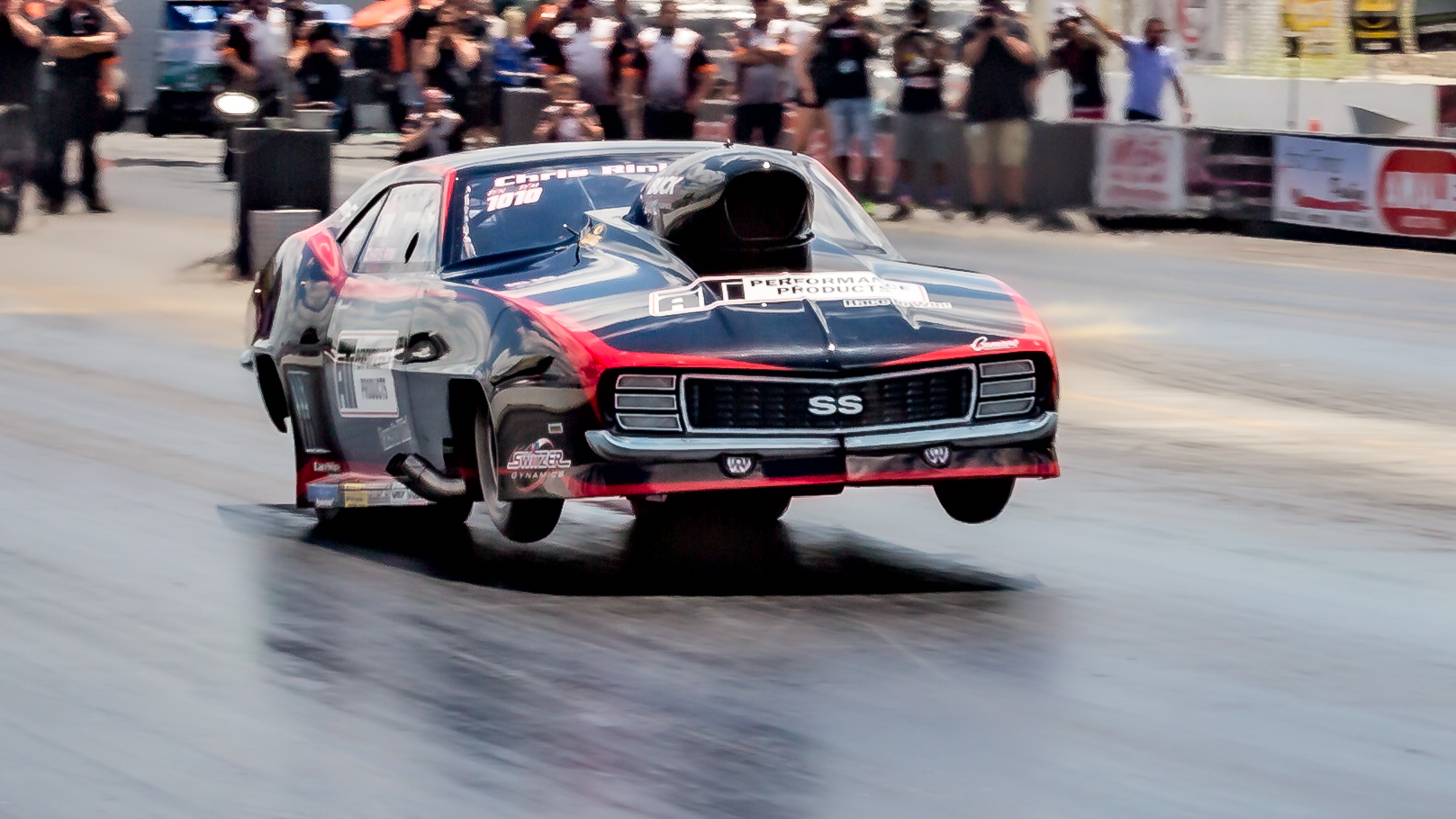 Chris Rini can call Darlington Dragway his home track. It’s also becoming quite clear that Rini feels perfectly at home at the facility.

Rini continued to roll in Darlington, picking up his second win there already this year — no small feat considering racing had been on hold for two months — as part of the fourth annual Woostock last weekend. The Carolina Xtreme Pro Mod Series competed during the event, and it was again Rini, the reigning champ in the series, who was left standing, going 3.657-seconds at 203.80 mph to beat Jim Halsey in the final round in his nitrous-powered ATI Performance Products Camaro.

“I love Darlington,” Rini said. “It’s not that far from my house and the track conditions are always killer. It’s a quarter-mile track, so it’s easy to get stopped and we have a good time there. Obviously we were crowd-less this time, but it’s a good race track. It’s a good facility, the people there are real friendly. I guess it’s turned into my home track.”

(Click above to listen to the full interview with Rini)

The New York native, had settled in Hickory, NC years ago, but just recently moved his entire race operations there.

That came during the ongoing COVID-19 pandemic, and it was a move that Rini welcomed for a number of reasons. Most of all, it keeps his race shop close to Darlington and a number of other nearby facilities, and Rini continues to thrive.

His most recent hot streak dates back to last year when he ruled the Carolina Xtreme Pro Mod Series and made the winning run in the thrilling Pro Mod vs. RvW matchup during the Shakedown event at Virginia Motorsports Park.

He won the season-opener for the Carolina Xtreme Pro Mod Series in March before the public health crisis hit, but Rini and his team looked as good as ever last weekend following the lengthy break.

“I knew going into this race that everyone has been cooped up for eight weeks and a lot of people never got a season-opener,” Rini said. “We were fortunate we got to do one race, but there were people testing leading up to this race since Tuesday. I didn’t feel like we had an edge and I also felt that everybody and anybody that wanted to race was going to be there. We had NHRA guys there, we had PDRA Pro Boost and Pro Nitrous guys there. There was a real big crowd of cars, which was good. It was pretty decent parity.” 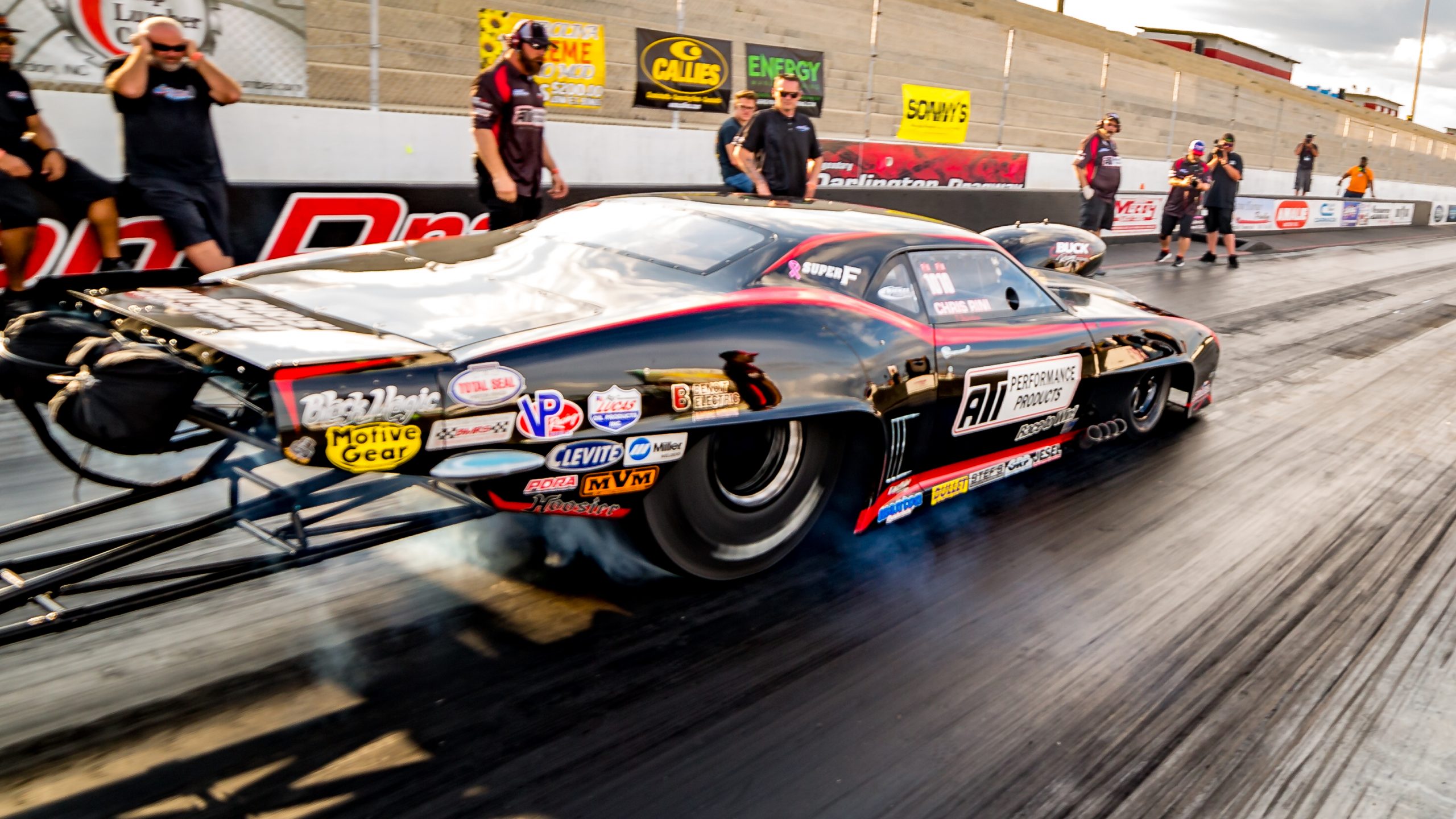 But Rini and his team ruled the day when it counted, starting with a 3.748 at 200.62 in the first round. He followed by taking out No. 1 qualifier John Strickland on a holeshot, obliterating Strickland on the starting line to have his 3.761 at 200.18 hold up. Rini followed with a 3.720 at 201.79 in a semifinal win, setting up the marquee matchup with Halsey.

“It felt great. All the guys were ready and they wanted to come to this race,” Rini said. “Putting it in the middle of Woostock was cool. It was a good event. The crew really worked well and we didn’t have any mistakes. This whole deal, there’s 1,000 ways to lose and usually one way to win. There’s just so many variables, and it all just came together. I felt I drove real (well), the car was great and I had a good car under me. We were near to low of every session, so we made good runs.”

Rini has made the most of his recent opportunities, praising a group that also includes Brandon Switzer. Everything has worked efficiently and Rini has delivered in the clutch, leading to a winning combination across the board.

That has Rini hopeful he can keep this stretch going. He’ll race at the PDRA opener next weekend and is eager to defend his Carolina Xtreme Pro Mod Series crown. More than anything, he was happy to return to racing and believes the show at Woostock can be a boon for the racing community.

“Hopefully we did a good job showing people that you can race,” Rini said. “I think it was good and it was good for the race community. I’m hoping it was good for other tracks, promoters and race series, and at this point, the United States needs to be turned back on so we can co-exist and be out there and do things.”