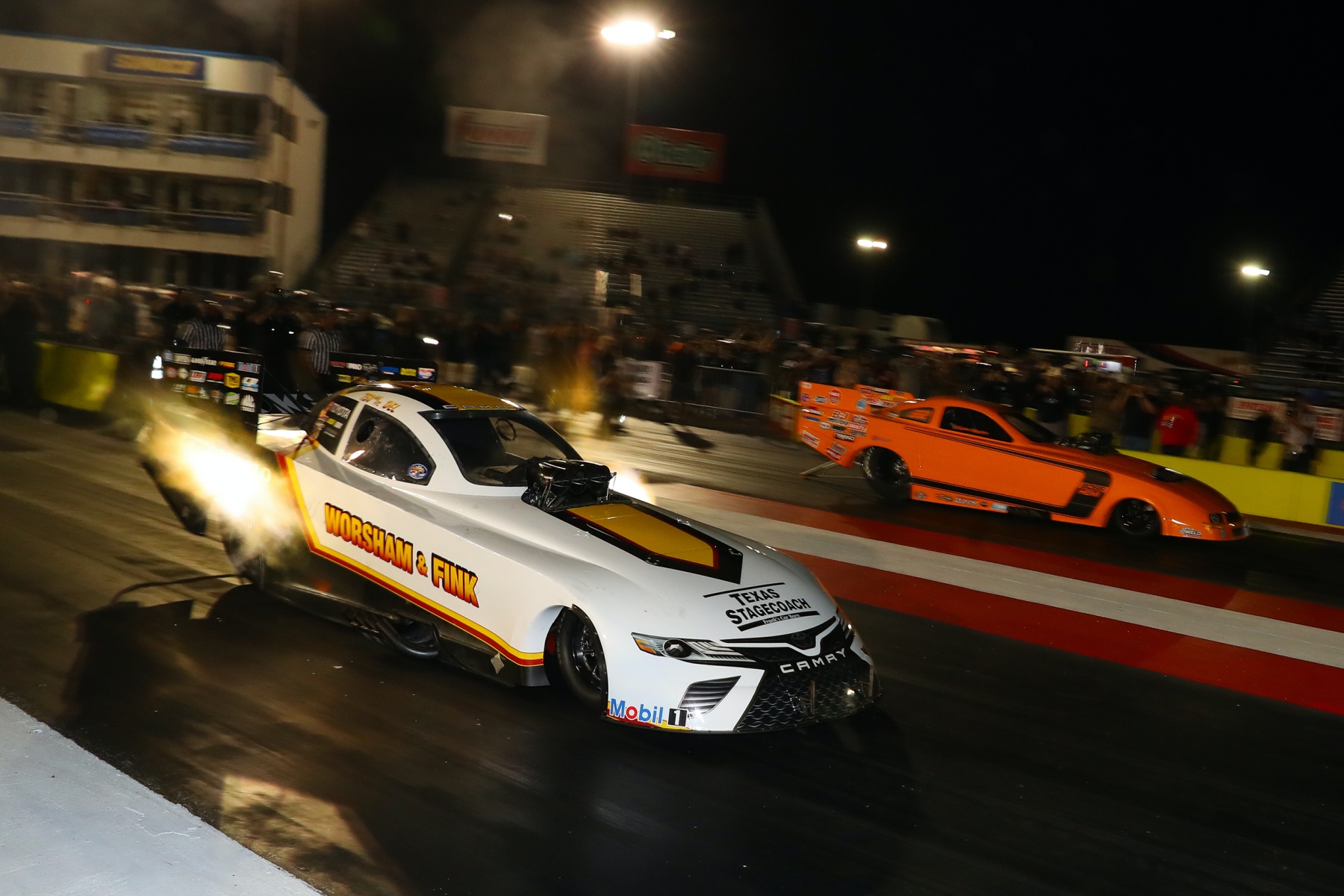 Funny Cars of every make, model, and engine combination will pile into the Texas Motorplex this weekend for the second annual Funny Car Chaos Classic, March 24-26. If it’s anything like the inaugural event one year ago, where Top Alcohol Funny Car driver Kyle Smith defeated big-show NHRA Funny Car veteran Del Worsham in a David vs. Goliath final round, fans are in for a wild and unpredictable weekend of Funny Car racing.

“Last year definitely showed that Funny Car Chaos is an unpredictable experience,” said Chris Graves, the founder and promoter of the Funny Car Chaos series. “You never know what’s going to happen when the next two cars pull to the line at a Funny Car Chaos race. The fastest car doesn’t always win.”

The unpredictability of the Funny Car Chaos program is due in part to the “run what ya brung” rules format. Other than the usual safety requirements, anything goes for Funny Car Chaos racers, leading to Funny Cars with engine combinations fans won’t see anywhere else.

The pre-entry list for this weekend sits right at 60 Funny Cars, but that number could grow by the time qualifying starts on Friday. The list is a mix of Funny Car Chaos veterans as well as newcomers, including new drivers and new cars.

“There are big-show [NHRA] legal cars coming, including some new guys like Rick Ducusin, the car chief for Scott Palmer. He has a new big-show Funny Car and he’s going to make his debut,” Graves said. “There are countless new cars or new looks or new engine combinations coming out this weekend.”

While flip-top Funny Cars are the obvious attraction this weekend, there will be more than just Funny Cars competing at the Funny Car Chaos Classic.

“This is the 26th season for the Outlaw Fuel Altered Association (OFAA) and they will be holding their season-opening race as well, sharing the stage with Funny Car Chaos as a co-headliner,” said Graves, who also runs the OFAA along with his wife, Tera. “There will be over a dozen of those cars. We’re expecting over 50 Dirty South gassers coming from all over the South –Georgia, Alabama, Missouri, Oklahoma, Kansas, Louisiana. We also have jet cars and some bracket racing to help round out the program.”

Qualifying at the Funny Car Chaos Classic begins Friday with the Funny Cars going out at noon. Friday Night Under the Lights kicks off with prerace ceremonies at 6:15 p.m., followed by Q1 for the Dirty South Gassers and Outlaw Fuel Altereds and Q2 for Funny Cars, ending with the jet cars. Funny Car will get a final qualifying session Saturday at noon, with eliminations beginning at 5 p.m. and continuing into late Saturday night. FloRacing.com has the official live feed.