When the drivers in the NHRA Pro Stock class got together and decided to run throwback car designs at this year’s 66th annual Denso Spark Plugs U.S. Nationals, five-time class champion Jeg Coughlin Jr. was quick to select his favorite ride.

“It was pretty easy for us to pick the 2000 design we used to win our first Pro Stock championship, which also happened to be the car I drove to my first Indy win in Pro Stock that same year,” Coughlin said. “Fortunately, when we started to overlay that design on my current JEGS.com Elite Motorsports Chevrolet Camaro, it really seemed to fit really well. It was meant to be!”

Already a world champion after winning the 1992 Super Gas title, Coughlin was just a few years into his pro career when he entered the 2000 U.S. Nationals with a very competitive JEGS.com-branded Oldsmobile Cutlass. He was the runaway points leader, having won seven of the first 15 races of the year, and the chase pack seemed to be getting smaller and smaller in his rear-view mirror.

But qualifying at Indy that year was a disaster and Coughlin and crew barely limped into the elimination field in the 16th and final position. His challengers were licking their chops. After all, no one had ever emerged from the 16th starting spot and found the winner’s circle before.

“The guys pulled an all-nighter and chased away the gremlins that were hampering us in qualifying,” Coughlin said. “We knew we needed to be perfect to even get out of the first round but it turns out there was a little extra magic in that ol’ Cutlass and it just came to life on race day.” 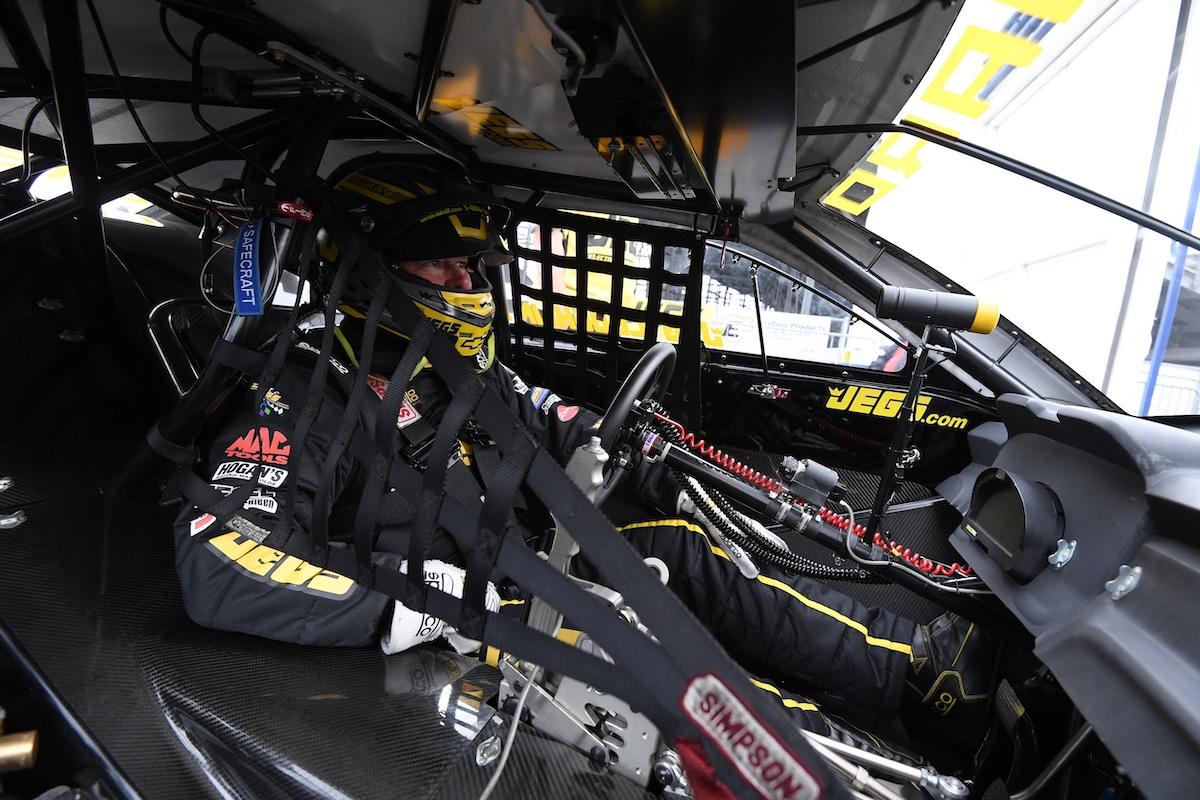 By the end of the day Coughlin had not only secured his first Indy win in the Pro Stock class but he’d also become the first, and to date, only, professional drag racer to win an event from the 16th qualifying position.

“Coming from the most difficult starting position to win the race was just a phenomenal accomplishment,” Coughlin said. “I already liked that car a lot but after Indy it just became so special. We cruised to a few more wins down the stretch that year and captured the championship, which really sealed my love affair with that car.

“I know when I walk up to get into my car at this year’s U.S. Nationals and see that throwback paint scheme, it’s going to fire me up. From the mock-ups I’ve seen it looks great. Woody (Scott Woodruff, director of media and motorsports at JEGS) really did an awesome job putting this together.”

Coughlin pointed out that a large decal of his original Oldsmobile will grace the hood of his Camaro so fans can see the old and new cars at the same time. 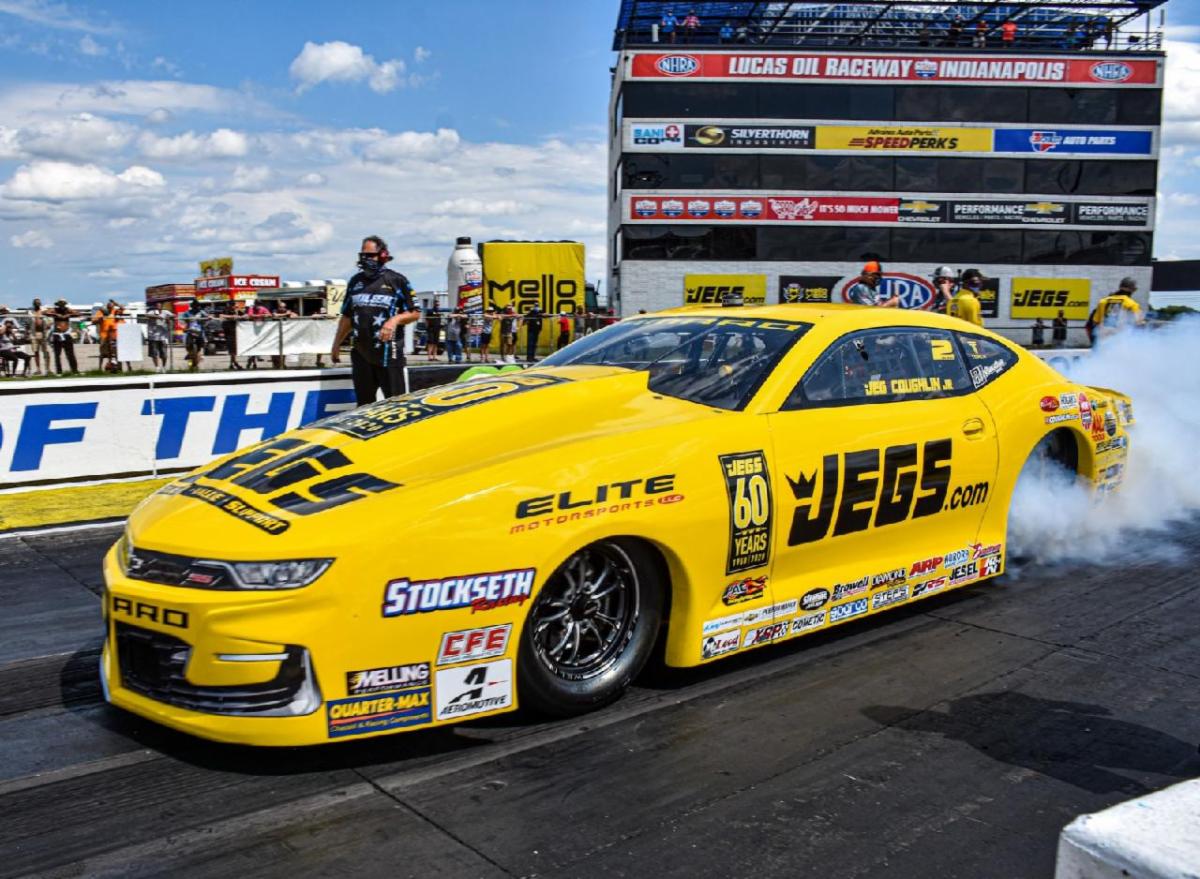 “What’s interesting is the fact we’re coming into this year’s Indy with the same kind of momentum we had in 2000,” Coughlin said. “We’ve been on a strong run that really dates back to last year’s Countdown to the Championship where we jumped from eighth to second in the title chase, finishing just behind our teammate Erica Enders.

“We’ve been fortunate enough to earn two wins in three final-round showings in the four races the NHRA has held this year and we’re in the points lead, so there are definitely some familiar feelings to how it was 20 years ago.”

Should Coughlin prevail at this year’s “Big Go” it would be his 66th Pro Stock win and his sixth U.S. Nationals victory. Aside from his 2000 triumph, Coughlin also won the Pro Stock trophy in 2002 and 2009. Additionally, he won the 1992 Super Gas title and the 2004 Mopar Hemi Challenge.

“We’re going to stay aggressive,” Coughlin said. “This has been a season of unknowns and, even now, none of us know how many more times we’ll be able to race so we’re going to get after it like there’s no tomorrow and have no regrets. We did win the last Indy races a few weeks back and I have complete confidence Rickie Jones (crew chief) will deliver a great racecar for me to drive.” 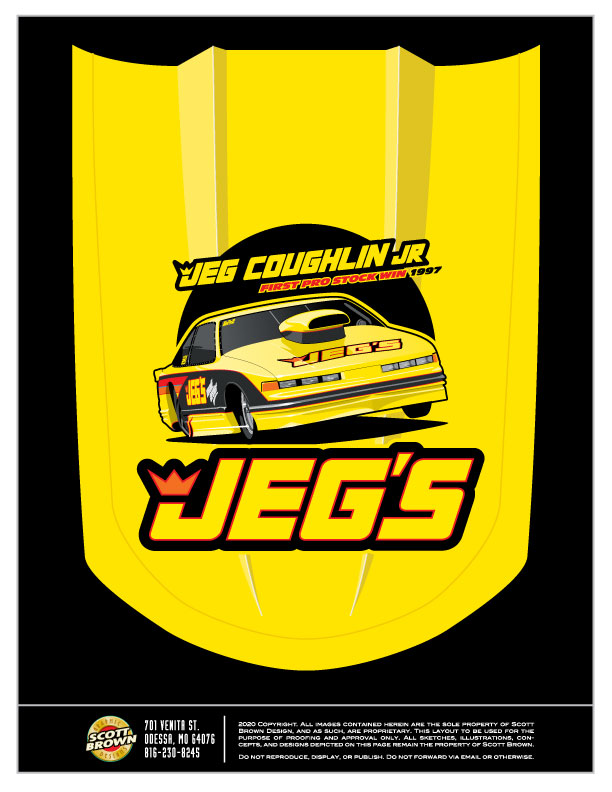