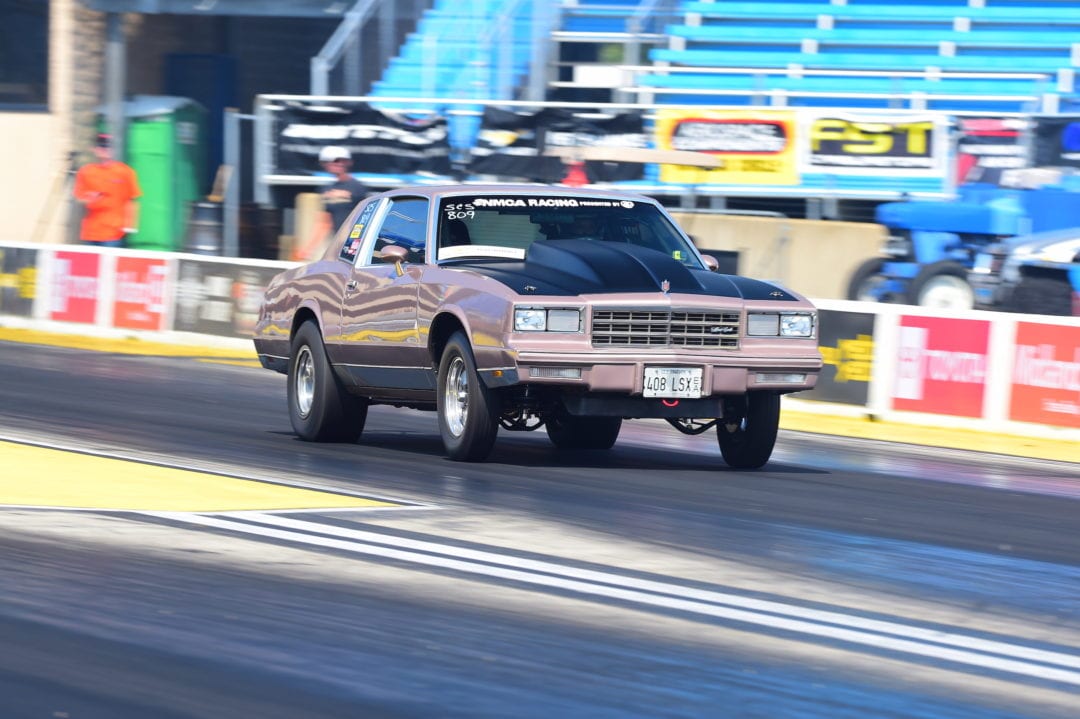 As we reached the middle of the season, racers in the Chevrolet Performance Challenge Series classes were pushing hard. Not only were they hoping to take a trip to the Aerospace Components Winner’s Circle at the 14th Annual Nitto Tire NMRA/NMCA Super Bowl of Street-Legal Drag Racing Presented by FST Carburetors, but they were jockeying for position in the season points standings with only two more races on the Challenge Series schedule. The top points earners for the season are invited to the Champions Dinner during the PRI Show, where they will received double-tier Victor awards built by Edelbrock, and custom Bow Tie champions rings, courtesy of Scoggin-Dickey Parts Center. The top three competitors in each class will walk away with custom jackets courtesy of Aerospace Components.

Open to owners of LS- and LT-powered machines, the Chevrolet Street Car Challenge offers multiple categories for racers to compete in a True Street-style format. The best part is the first 75 entries are complementary courtesy of Chevrolet Performance. At Route 66 a wide range of vehicles competed, and in the end, six racers took a trip to the Aerospace Components Winner’s Circle. Louis Truffa nabbed the overall win in his 1984 Monte Carlo with a 9.22 average, and Kevin Rowand earned runner-up honors thanks to an 11.039 average in a 2008 Corvette. Rounding out the category wins were Robert Peter (2016 Camaro) in the 12-second class, Greg Jessup (2010 Camaro) in the 13-second class, Jeremy Billecki (2014 Camaro) in the 14-second class, and Steve Weigl (2012 Caprice) in the 15-second class. 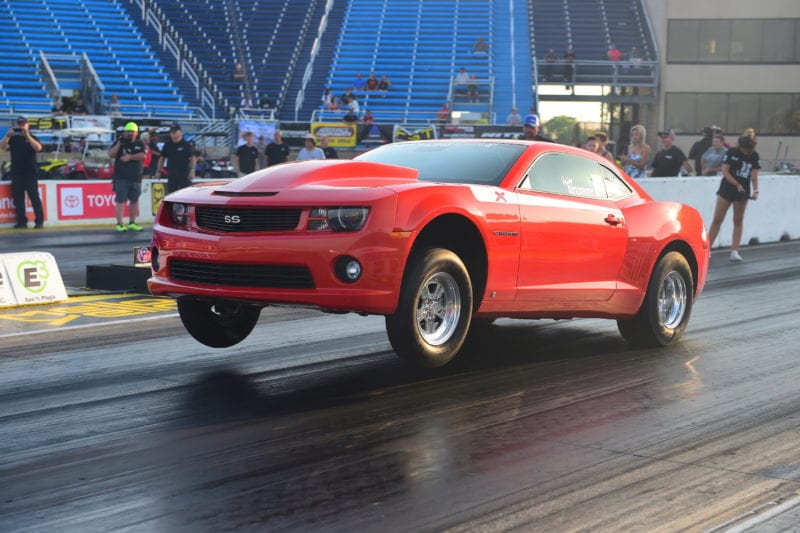 Designed for vehicles powered by the OEM-sealed Chevrolet Performance DR525 crate engine combined with a factory Chevrolet Performance sealed ECM and installation kit, Chevrolet Performance Stock presented by Scoggin-Dickey Parts Center reins in costs, making heads-up racing accessible by leveling the playing field. At Route 66 Raceway, Jesse Wilson topped qualifying with a 10.19 at 129.94 mph and right behind him Haley Burkhammer qualified her 2010 Camaro in the second spot with a 10.19 at 130.37 mph. The two would square off in the final round, where Wilson chopped down the tree, but Burkhammer drove around him to take the win 10.23 vs. 10.32 to end his incredible 17-race win streak in the class.

For race cars running 11-second passes and slower, Proform Rumble also focuses on GM LS, LT or LLT (V-6) powerplants, but the cars must be factory appearing with stock bodies. After qualifying in the second spot on the merits of a .041 reaction time, David Rickey came up on the happy side of the tree in each round behind the wheel of his 2002 Camaro. In the finals, he clashed with number-five qualifier Nicholas Massengale. However, Rickey left first and never looked back, taking the win with an 11.32 on a 10.25 dial-in.

An index class that showcases LS-, LT-, and LLT-powered V-6 and V-8 machines, LME Street King allows any body and racers can’t run slower than an 11.00 index, and the indexes get quicker from there. At the 14th Annual Nitto Tire NMRA/NMCA Super Bowl of Street-Legal Drag Racing Presented by FST Carburetors, Al Corda’s hard-launching 2015 Camaro ran right on top of its dial-in through every round. In the finals, he clashed with Jenna Pierce-Wilson’s 2012 COPO Camaro. Corda got the leave and ran a 10.04 on a 10.00 dial-in to take the convincing victory.

The next round of the Chevrolet Performance Challenge Series will run at the NMCA All-American Nationals at Summit Motorsports Park in Norwalk, Ohio, from August 22-25, 2019. For more information and advance tickets, visit www.NMCAdigital.com/OH