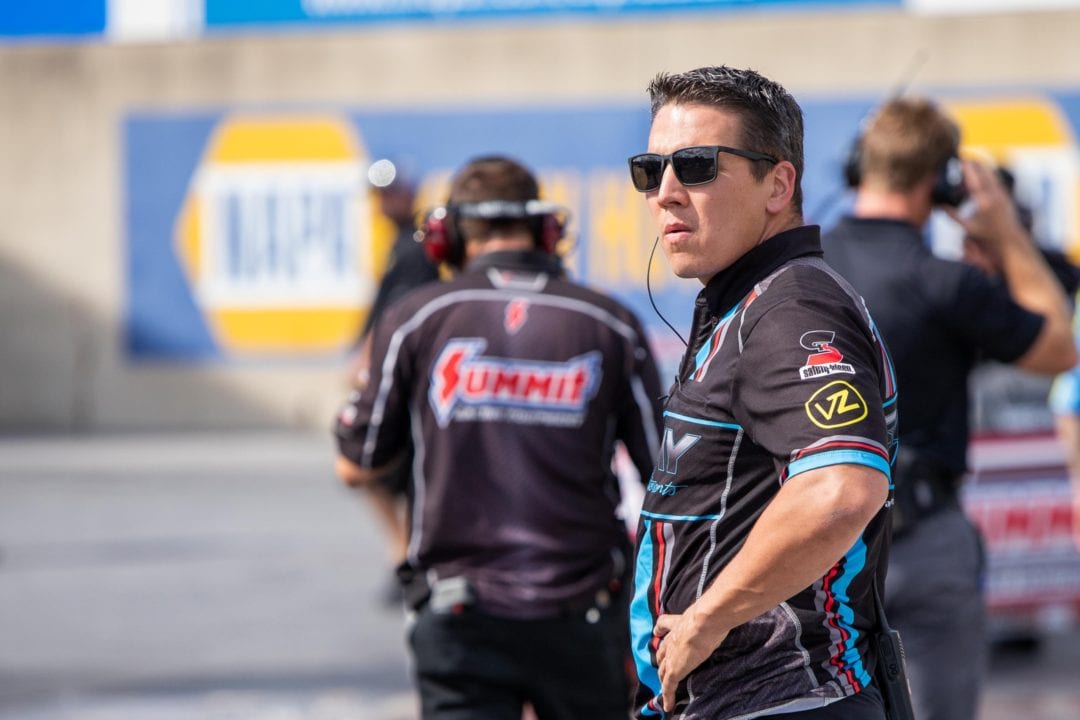 “Our team is a little different than most of the others in that we operate as one group with everyone working on the same thing,” explained Downing. “Dave will be working me, Greg, and Jason, and we’ll be working together to make all of the KB Racing cars perform as well as possible. It will be just like it has been, only with an additional person.”

Connolly, who scored 26 NHRA trophies as a driver, was seen as a rival to KB Racing for many years in the ultra-competitive Pro Stock category. In fact, Connolly’s first win came over Greg Anderson at Brainerd International Raceway in 2004.

“It’s funny how things happen in the racing world,” said Connolly. “For a while there, if you would have walked through the NHRA pits at any given race, I don’t think you could have found a person that was a fan of both KB Racing and me. It would have been either one or the other. But we always got along great and had a mutual respect for one another. It was quite a ride competing against those guys, and I can tell you that Greg Anderson was the one giving me my lickings when I first started racing Pro Stock.

“I’ve been very fortunate throughout my career to work with a lot of great people, but it’s also been a very small circle. I haven’t been exposed to how different teams work, so to have the opportunity to work with guys like Rob Downing and be exposed to the things that they do will be a huge learning experience for me. They have a lot of knowledge and expertise over there, and I think it’s going to be an exciting year.”

Anderson welcomes Connolly with open arms as part of the team.

“We think Dave will be a great addition to KB Racing,” said 91-time national event winner and four-time Pro Stock champion Anderson. “He brings a lot of experience to the table, especially these last couple of years as Tanner’s crew chief. We’re excited to have him on board, and we believe he’ll work well with Rob. That was important to us. Rob has run this ship the last 15 years, so it had to be the right fit. We’re looking forward to working with Dave, and we’ll be putting him right to work at the test session in Phoenix ahead of the Winternationals.”

Downing added, “Dave has proven talent both as a driver and as a crew chief, and he has a similar mentality as we do. It’s all about the racing for us, and it’s the same for Dave. We feel like we can get a good working relationship going pretty quickly with him. We’ve known him for a long time, and he’s always been a good guy to be around – other than when he was beating us.”