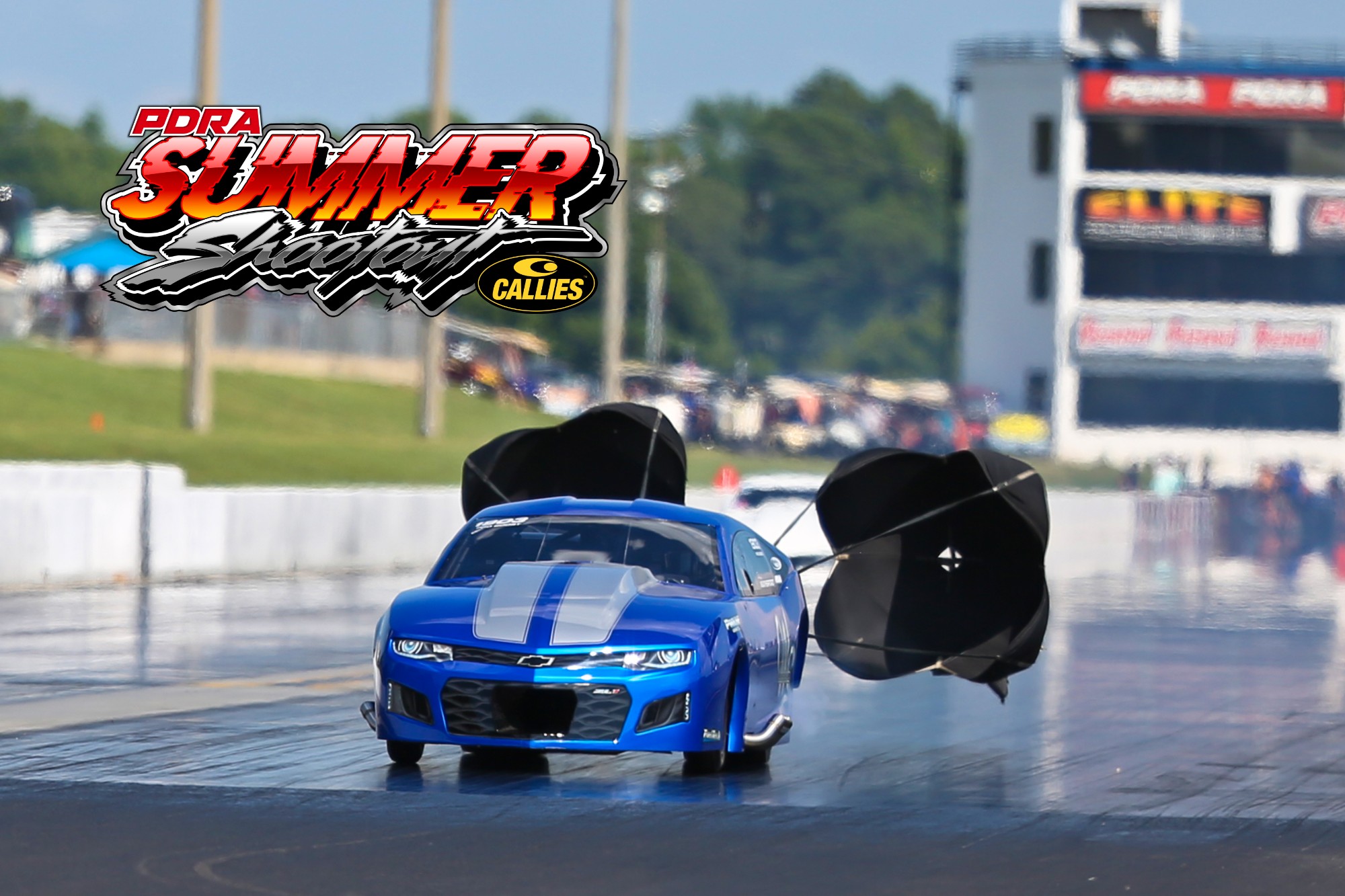 Now three races into the 2020 season, the world championship contenders in the Professional Drag Racers Association (PDRA) have started to emerge. The championship chase continues this weekend at the Summer Shootout presented by Callies Performance, Aug. 27-29, at Virginia Motorsports Park near Richmond. Fans are welcome to attend.

“Even with all the schedule changes and challenges the COVID-19 situation has thrown at this series, we’re committed to a full championship season,” said Tyler Crossnoe, race director, PDRA. “Our racers have been giving it their all this season, jumping over the hurdles that have made a typical race season even more difficult. They deserve to race for that championship trophy and big prize money.” 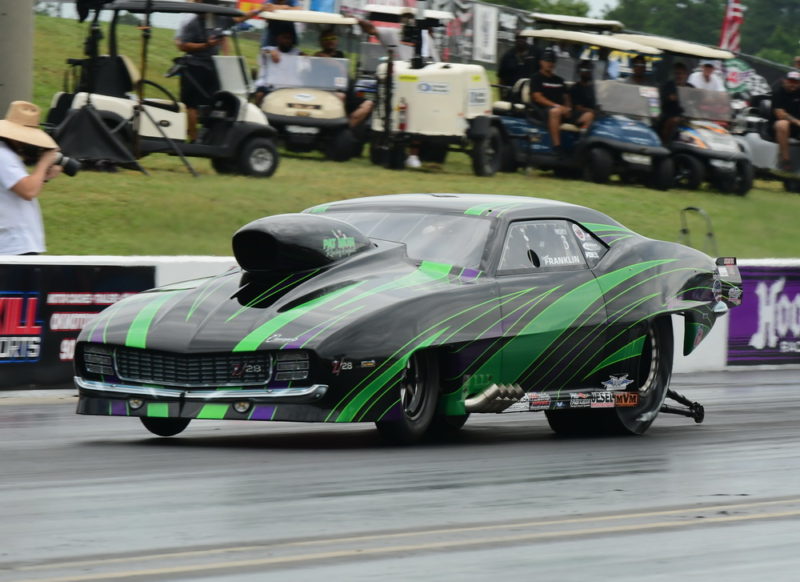 In Pro Nitrous, two-time world champion Tommy Franklin in his Musi-powered “Jungle Rat” ’69 Camaro holds a 100-point lead over defending world champion Jim Halsey in the Fulton-powered “Daddy Shark” ’68 Camaro after winning the first two races of the season. Franklin’s first-round loss at the last race helped Halsey tighten the gap between the two, while Jay Cox’s win put him just over two rounds behind Halsey. Meanwhile, Chris Rini is on the verge of his first Pro Nitrous victory, making him one to watch at the Summer Shootout.

“Tommy’s performance at the first two races put the class on notice, but the last race reminded everyone that it’s anyone’s race to win,” Crossnoe said. “All the engine builders and racers in Pro Nitrous have stepped up and they’re going to fight it out until the final day of the season.” 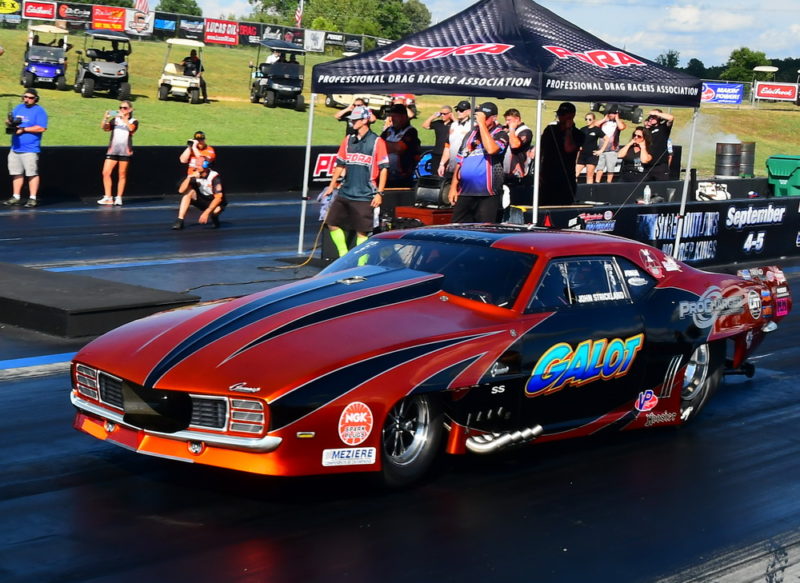 It’s a battle between class veterans and rookies in Pro Boost, where 2016 championship runner-up John Strickland in his ProCharger-boosted GALOT Motorsports ’69 Camaro leads two-time Pro Nitrous world champion Jason Harris and his “Party Time” ’18 Camaro by just under two rounds. Strickland has a win and a runner-up finish, while Harris has consistently won rounds, reaching the finals at the last race. He lost to defending world champion Kevin Rivenbark, who Harris leads by just 11 points. Season-opener winner Melanie Salemi and her roots-blown “Purple Reign” ’68 Firebird follow the trio of ProCharger cars.

“The ProCharger cars and a handful of new Pro Boost drivers have definitely mixed things up this year,” Crossnoe said. “Guys like Harris, Randy Weatherford and Johnny Camp made the switch over from Pro Nitrous, and they’re bound to get their first win in the class soon. You also can’t count out the roots blower guys like Kurt Steding with his new Camaro.”

After pulling double duty in 2019, two-time Pro Outlaw 632 world champion Johnny Pluchino shot to the top in Extreme Pro Stock in his father John’s 2016 championship-winning Strutmasters.com ’13 Mustang. With two wins, he’s holding off class veteran JR Carr, who earned his first PDRA victory and trails Pluchino by less than one round. Elijah Morton is just over two rounds behind Carr after reaching the finals at the first two races.

“Extreme Pro Stock is always a tight season-long championship battle, and this year is no different,” Crossnoe said. “Johnny is eager to join his father as a PDRA world champion, and JR is hungry for his first title with that new Camaro. Add Elijah and his consistent Mustang to the mix and you’ve got an intense battle for first place.” 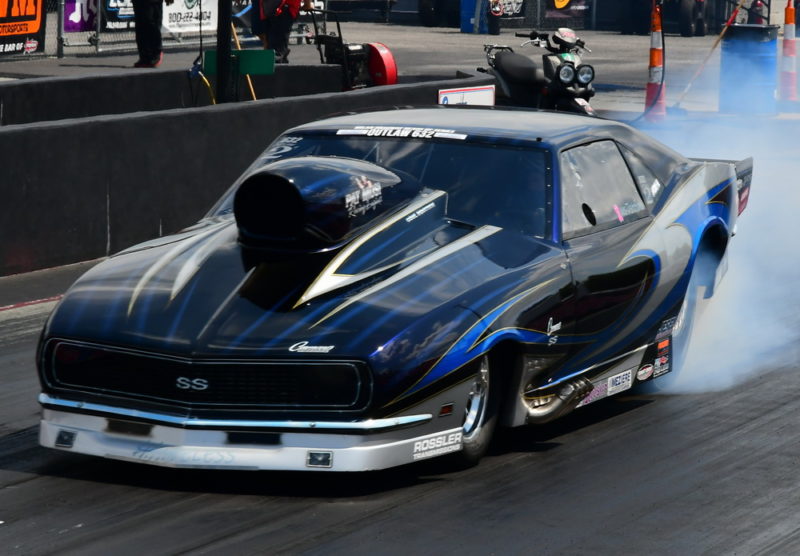 Perhaps the most interesting championship chase can be found in Pro Outlaw 632. Wes Distefano drove his Musi-powered $hameless Racing ’68 Camaro to runner-up finishes at all three races, putting him in the points lead. East Coast Nationals winner Walter Lannigan Jr. is just one round and a point behind Distefano. Past world champion Dillon Voss failed to qualify at the first race, but victories at the last two races have moved him to third in points, just over a round out of first.

“Wes and Walter’s consistency has paid off at these first three races,” Crossnoe said. “I’m sure Wes is itching to get that first win of the season to pull ahead, but Walter, Dillon and the rest of the field won’t make it easy for him. Dillon’s staged a major comeback. Walter’s teammate, Chris Holdorf is also one to watch with his matching ’53 Corvette.” 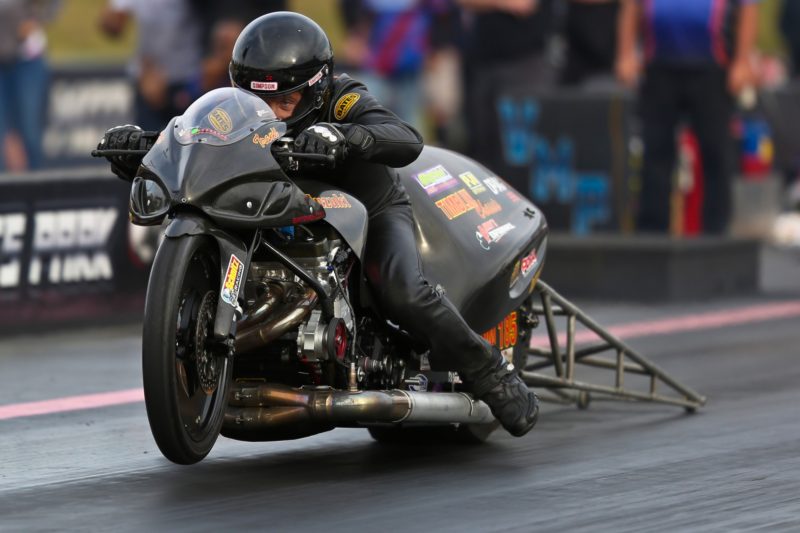 Rounding out the five touring pro classes is Pro Nitrous Motorcycle, where two-time and defending world champion Travis Davis is chasing another title aboard his Timblin-built Hayabusa. Davis won the first two races on the schedule, while the class collectively sat out the Mid-Atlantic Showdown in memory of class veteran T.T. Jones. Jones’ son, Chris Garner-Jones, is second in points with a runner-up at the Carolina Showdown.

“The Pro Nitrous Motorcycle class is down in participation a little this year, but that doesn’t mean Travis or Chris are going to let up one bit,” Crossnoe said. “Travis is proving why he’s a two-time world champion. Meanwhile, Chris is chasing his first title after a couple years coming very close.”

Fans interested in attending the Summer Shootout are encouraged to purchase tickets in advance online at PDRA660.com., though tickets can be purchased at the gate as well. Tickets are available for $20 for Friday or Saturday. Kids 12 and under get in for free with a paid adult ticket.

The Summer Shootout presented by Callies Performance will begin with testing from 10 a.m. to 7 p.m. on Thursday. Competition will begin Friday, with pro class qualifying sessions at 2, 6 and 8 p.m., followed by eliminations on Saturday. Pre-race ceremonies begin at 3 p.m.