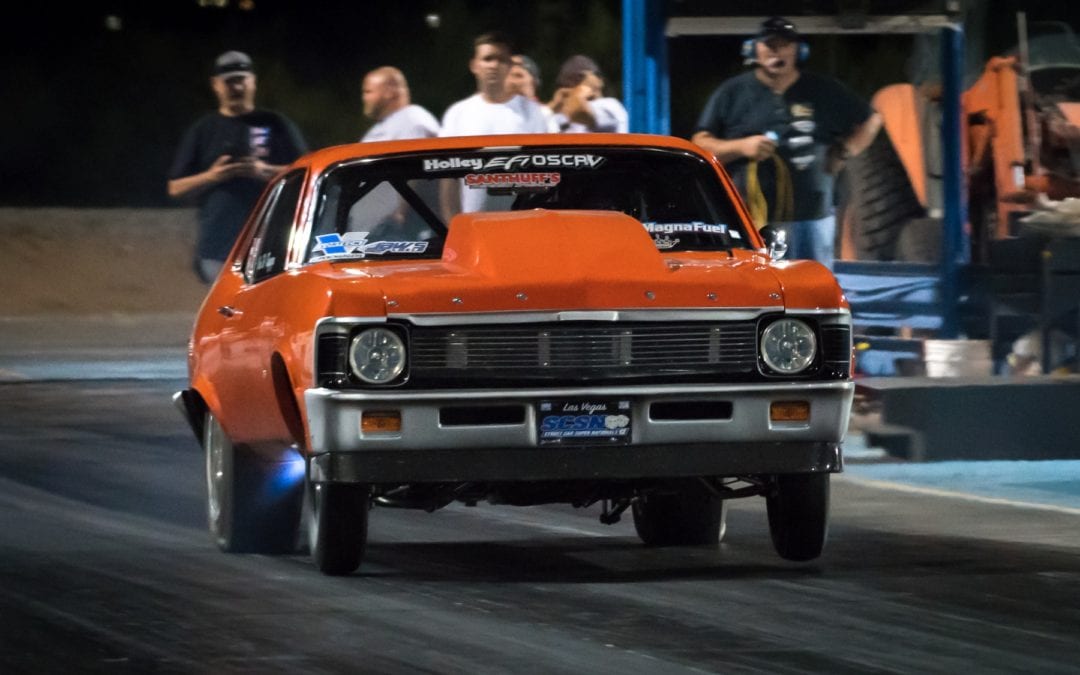 With the temperatures in the low 90s during the day, it was awesome to have been racing at night and into the wee hours of the morning. Matt and the Tucson Dragway crew prepped the track to be on kill. We had multiple racers and crew members come up and say how bad ass this night racing is and how great the track was. With over 130 cars and great spectator counts, it turned out to be the best Tucson race we have had.

We had the famous Al Tucci announcing and entertaining on the mic again as the official WCHRA announcer. We were so excited to have him out in Tucson with us for the first time. He will be with us again for the 2019 race season so make sure you come on out and say hello.

Saturday was intense with racers traveling over 1,100 miles. Everyone wanted a chance to prove their worth and collect the big payouts. We also had two racers that still had the chance at the $20,000 Triple Crown Jackpot presented by Area 51 Fireworks!

Big Tire presented by Forty1Thirty Fabrications and Hughes Performance had Troy Baugh in his borrowed, badass, blown “Batman” Camaro all the way from Redding, CA take the win over Las Vegas native Theodore Logan in his nitrous-fed S10. Troy Baugh kept his No. 1 spot and became the 2018 WCHRA Big Tire champion.

Small Tire presented by Accessories Plus and Speedwire Systems had Randy Nguyen from Rocklin, CA in his Vortech-boosted Camaro take out in the final, Victor Brum from Peoria, AZ in his gorgeous ’70 Chevelle that he says, has hit the track for the very last time. Sad to hear but thankfully he still has his Chevy Camaro to bring out in the 2019 season. Randy Nguyen also took over the No. 1 spot in points during eliminations and became the 2018 WCHRA Small Tire champion.

Outlaw 8.5 presented by Vortech Supercharges and Jaws Gear & Axles had the most exciting final round when top dog Manny Figueroa based out of Moorpark, CA was eliminated for the $20,000 Triple Crown Jackpot in his ’95 ProCharger-powered Mustang by Geroge Raygoza “The 2018 Triple Crown Jackpot Eliminator” in his nitrous-fed 68’ Chevy Nova out of Orlando, CA. Although, Figueroa did take home the trophy for the 2018 WCHRA Outlaw 8.5 championship.

Pro presented by VP Racing Lubricants and Ultra-Carbon was taken over by Dale Hicks out of Surprise, AZ in his ‘68 Chevy Camaro over local Bob Cowen of Tucson, AZ in his ’69 Chevy C-10. Nick Cuaresma kept his points lead though and took home the trophy for the 2018 WCHRA Pro Bracket championship.

All of us at WCHRA would like to say THANK YOU to all of our great racers, sponsors, fans and certainly the Tucson Dragway staff! We couldn’t do it without each and every one of you. Congratulations to all of our 2018 class champions! Watch our Facebook, Instagram and website for upcoming 2019 race season information.