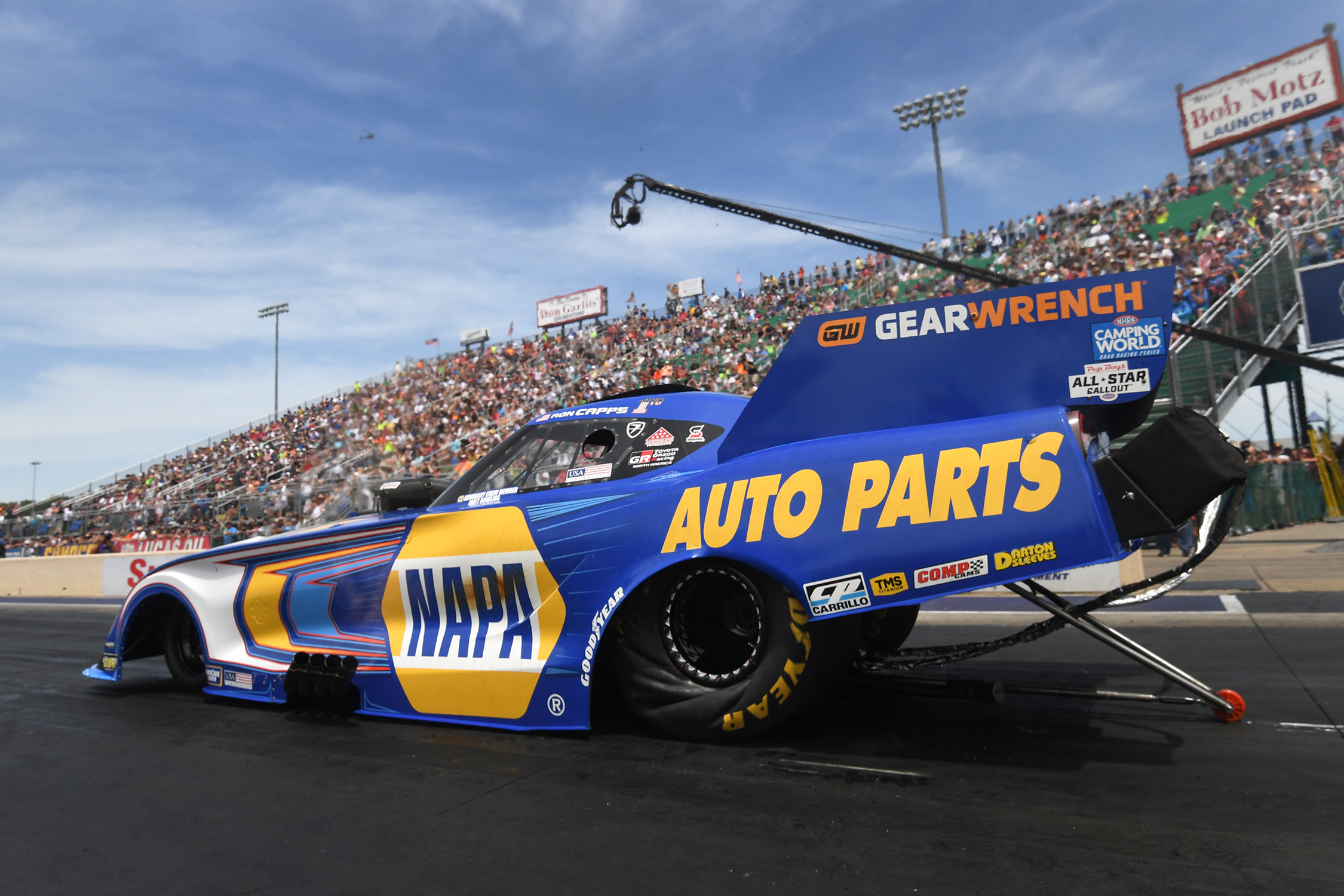 Capps, the defending Funny Car world champ, impressed last weekend in Bristol and kept that momentum going in his 11,000-horsepower NAPA Auto Parts Toyota GR Supra with his run of 3.901-seconds at 328.38 mph on Friday. It stood up on Saturday, handing Capps his fourth No. 1 this season, which is the most in the class, and 33rd in his career. After getting the first win for the new GR Supra body last week, the veteran also grabbed the first No. 1 qualifier for the innovative new Funny Car body. He’ll open eliminations against Dale Creasy Jr. with a third win this season on his mind. 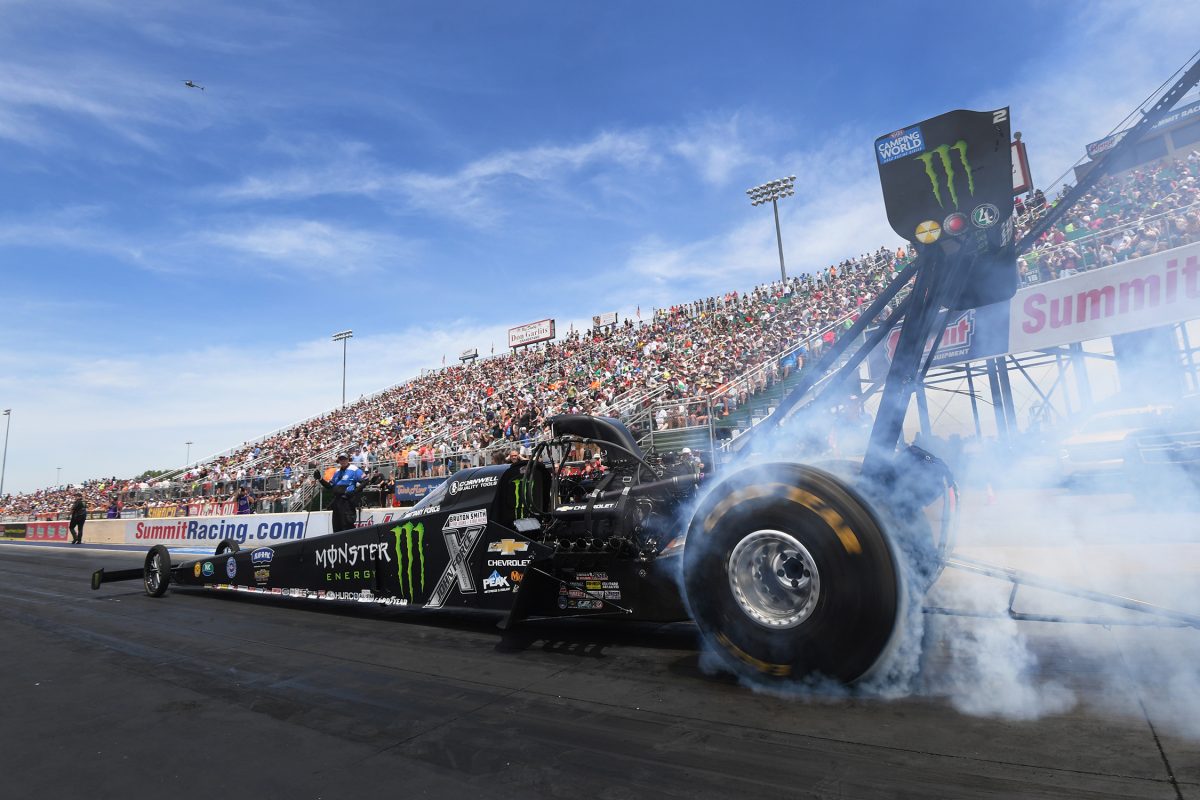 Force’s track record run on Friday of 3.666 at 333.08 in her 11,000-horsepower Monster Energy dragster held up, giving the points leader her third No. 1 this season. It was the only run in the 3.60s during Top Fuel qualifying, and Force also made a one solid run in the heat on Saturday, putting the points leader in prime position to pick up her fourth victory of the season. The incredible run from a day ago handed Force her 35th career No. 1 position, and she’ll open eliminations against Kyle Wurtzel. Force will also try to pick up her first career victory at Summit Racing Equipment Motorsports Park on Sunday.

“We haven’t won at this track before so that’s our plan for tomorrow,” Force said. “We’ve made three solid runs here this weekend. I’m proud of this team. To have 35 No. 1 qualifiers, that’s huge for this team. We’re excited about it and hopefully we can just keep adding to it. The Top Fuel class is tough. There’s been a lot of changes coming into the season and it’s a lot of great competition. We’re all there to do one thing and that’s win.”

Justin Ashley, who is aiming for back-to-back wins after his Bristol triumph, qualified second after his run of 3.707 at 330.96 on Friday, while Mike Salinas took third on the strength of his 3.744 at 327.51 on Friday. 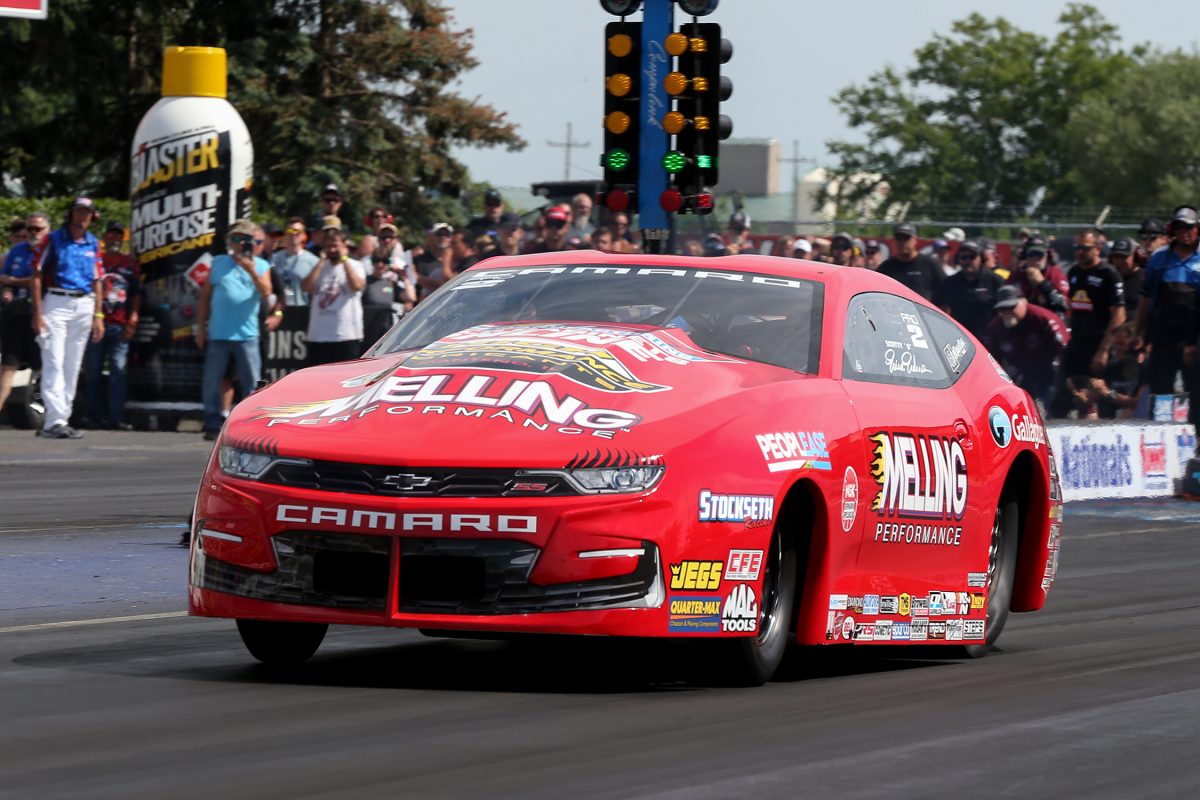 Enders’ stellar run from Friday easily held up, as the Pro Stock points leader claimed the No. 1 position in Norwalk thanks to her impressive 6.537 at 210.11 in her Melling Performance/Elite Motorsports Chevrolet Camaro. She backed it up with the quickest run on Saturday, giving the four-time world champ her second No. 1 spot this year as she looks to win at Summit Racing Equipment Motorsports Park for the second straight season. After claiming her 25th career No. 1 qualifier, Enders will open eliminations against Fernando Cuadra Jr. searching for her fifth straight final round in 2022 and fifth victory in what’s already been an incredible year.

“I’ve got the best guys in the world standing behind me,” Enders said. “I could not be prouder of these guys. Today’s conditions are going to be pretty similar to tomorrow, so to go out and run that 6.58 (in the final session) felt good. We’re just going to go out there and do our best. Coming off a win here last year is pretty significant. The facility here is amazing and I’m very confident in my guys and my car. We’re looking forward to a really long day tomorrow.” 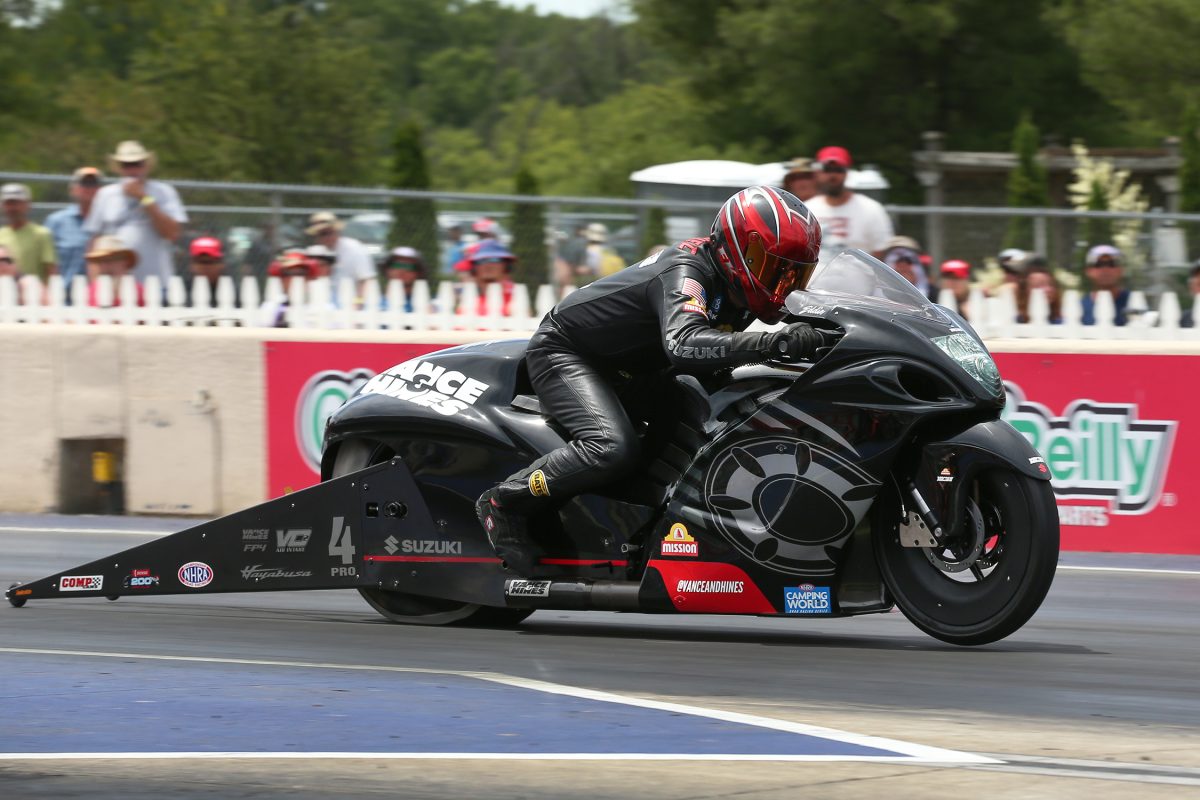 Krawiec made an impressive statement on Saturday in Pro Stock Motorcycle, making the quickest runs in each of the two qualifying sessions, including the 6.798 at 199.05 on his Vance & Hines/Mission Foods Suzuki to take the No. 1 spot from his teammate Angelle Sampey. After struggling early in the season, Krawiec picked up his first No. 1 qualifier of the year and the 50th of his career, and he’ll open eliminations against Jianna Everisto. After the pair of runs he made on Saturday, including a 6.809 to close out qualifying, Krawiec feels confident about his chances of earning his first victory of the 2022 campaign on Sunday.

“It’s a great accomplishment to get my 50th and I think we’ve turned the corner with my Suzuki,” Krawiec said. “It’s running well in the heat, especially, and we’re just trying to learn. We struggled early in the season trying to find the tune-up, and it’s been about baby steps. We took a big swing before Q3 and I think it paid off, and then it repeated. I’ve got a really good motorcycle going into tomorrow, and a fast motorcycle and I feel like I’ve got a really good chance on Sunday.”

In the FuelTech NHRA Pro Mod Drag Racing Series presented by D-Wagon, Stevie “Fast” Jackson qualified No. 1 with a 5.701 at 257.63 in his Camaro at the race powered by Mike Janis Superchargers. J.R. Gray qualified second with a 5.747 at 252.66 and Daniel Pharris took third after going 5.758 at 250.88. Jackson also picked up a win in the opening round of eliminations on Saturday.