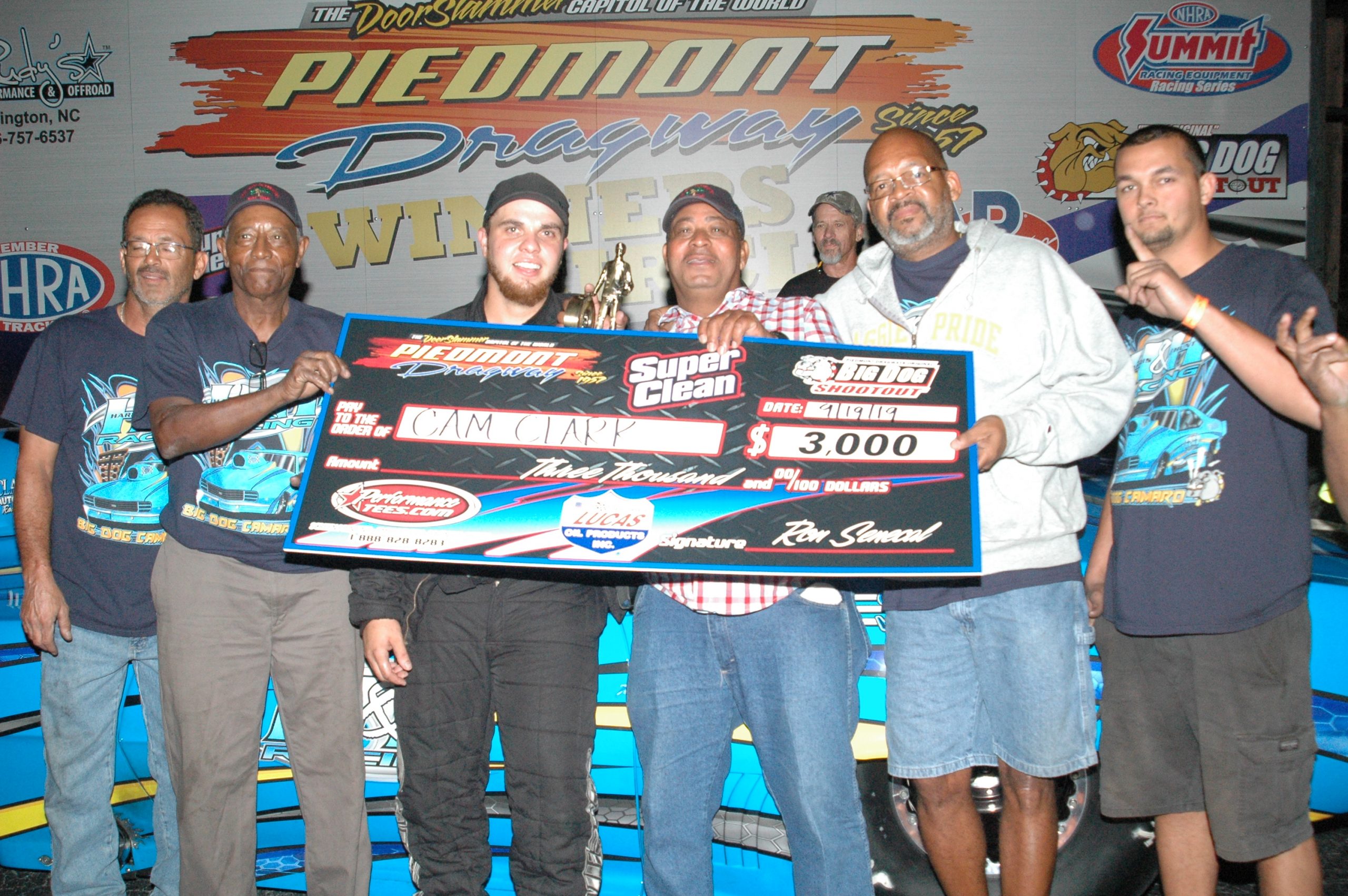 There were many story lines going into the final event of the 2019 Big Dog Shootout season. A betting man would have probably given a slight advantage to Brian Shrader going in, as he has won the August event in convincing fashion. But, as they say, “we don’t race on paper.”

Eliminations were just as close with the draw resulting in Harvey, needing to win the race and Shrader to go out first round, go his wish as he would run Shrader and defeat the Robert Hayes-built, Gene Fulton-powered Corvette with a holeshot .031 to Shrader’s .064. The ETs were close as Harvey’s Camaro ran a 3.967 and Shrader ran a 3.955. Wall ran a 4.05 to defeat Graham’s 4.10. Hurley survived when Wood popped the hood scoop in a ball of flame. Then it was Clark defeating Payne with a 4.001 at 183.07.

The semis resulted in Clark surviving Hurley’s foul and Harvey blew the tires off, allowing Wall to go to his first final.

Other winners of the NHRA-sponsored “King of the Track” event, which included a Wally, were Michael Paschal over Arthur Whitley in Outlaw DoorSlammers presented by OReilly Auto Parts. The 6.00 class, presented by Carolina Classic Car Restoration, had Charles Wright defeating Bill Ritts. Wright also won the points for the season. Deep Creek Motors 7.49 Rico’s Real Street was won by Kyle Shipmon with Melvin Watlington winning the season points.

Along with the Wally, Cam Clark will receive a custom-painted Big Dog for his efforts. Piedmont Dragway, “the DoorSlammer Capital of the World,” would like to thank all the competitors for their efforts over the 2019 season, as well as Super Clean degreasers for sponsoring the Big Dog Shootout. The 2019 season seems to be over before it began, but we all look forward to the 2020 season with many new cars in the works that could push the car count to the 20-car mark. See you then.