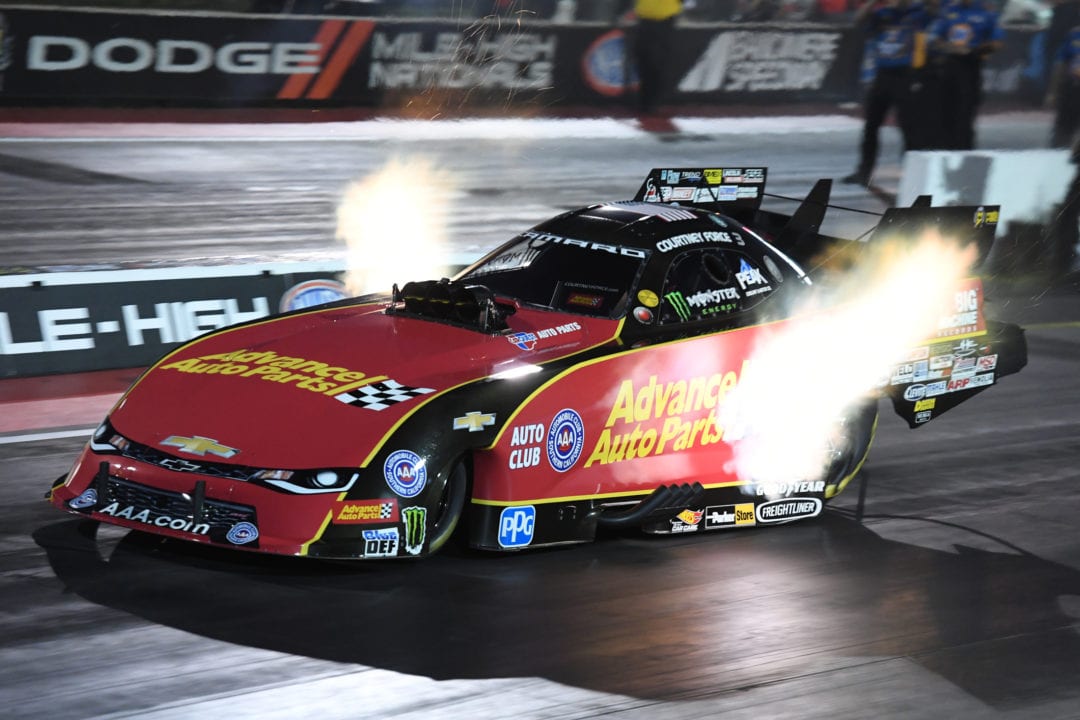 Courtney Force is the current No. 1 Funny Car qualifier at the Dodge Mile-High NHRA Nationals, the first of three consecutive races of the daunting NHRA Western Swing.

Force posted a 3.966-second run at 322.73 mph during the second qualifying session in her Advance Auto Parts Chevy Camaro to take the preliminary top position. She is the current Funny Car points leader, as she seeks her fourth No. 1 qualifier in five races and ninth overall in 2018.

“To come out here to Denver and kick off the Western Swing it feels great to be able to have so far two solid passes down the race track and pick up six bonus points,” said Force. “It feels good to be able to pick up a few more points and be in the No. 1 spot.”

She and her teammate Robert Hight were the only two Funny Cars to dip below four seconds with his run of 3.986 at 321.58 to currently be in the second position, while her father and team owner John Force is third at 4.007 at 322.27. 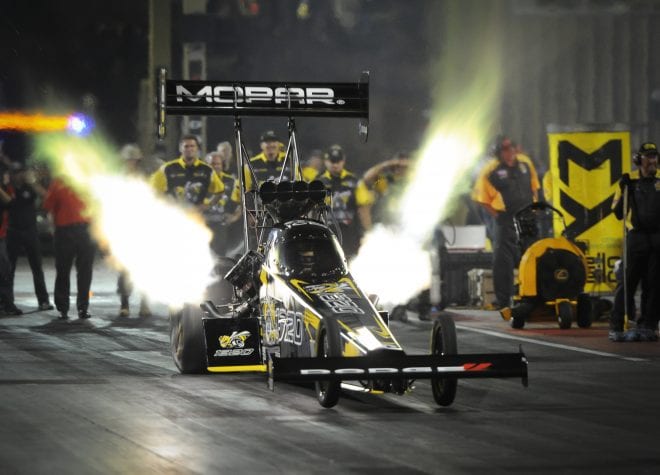 “We were able to run late in the night and the crew made last minute changes and that is what we saw on the track,” said Pritchett. “They went for it, that is what this team is about and what I love about Todd (Okuhara, crew chief) and Joe (Barlam, crew chief), when it is time they can put it down and aren’t afraid. That is the vibe of our team.” 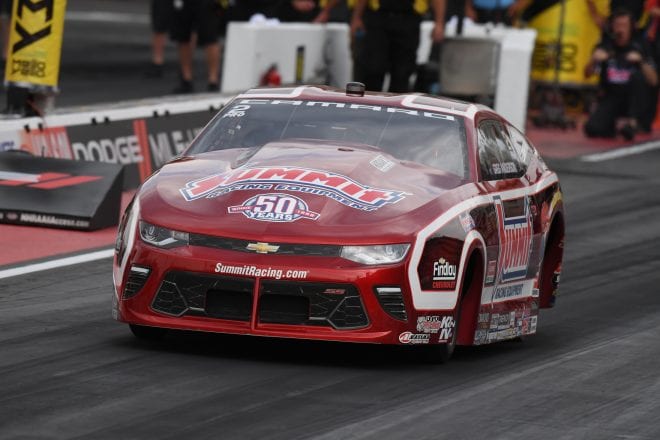 “It is the best I’ve run here on a Friday in 15 years,” said Anderson. “Every year we come here and you start off behind the eight ball and it takes until Sunday to get a tune-up that is close then you have to find a way to win rounds on Sunday. We are way ahead of the schedule this weekend of what we normally do here and that is a great feeling.”

Krawiec is atop the Pro Stock Motorcycle category with his track record setting elapsed time pass of 7.132 at 186.56 on his Screamin’ Eagle Vance & Hines Harley-Davidson. Krawiec is the current category points leader with three wins but has yet to record a No. 1 qualifying position this season. 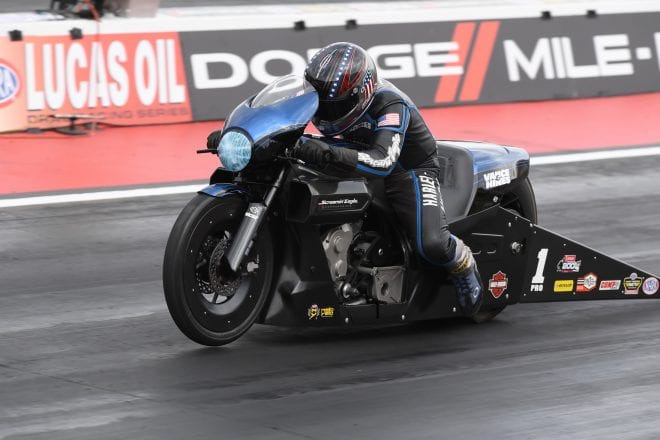 “It came out of the box and went a 13 with a two and it was a good clean run,” said Krawiec. “I there was a hundredth or two left in it on that run because I was fighting down the track and this place is very sensitive to changes.”

Qualifying continues at 5:15 p.m. on Saturday at Bandimere Speedway.