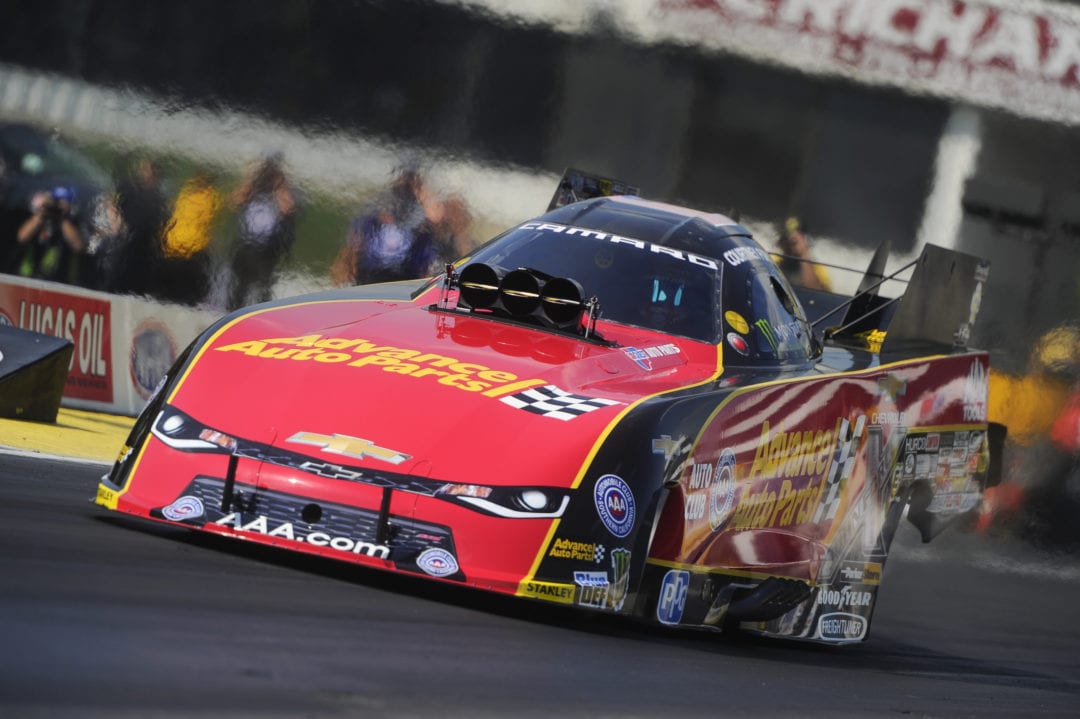 Courtney Force powered her Funny Car to her fifth No. 1 qualifier of the season Saturday at the 48th annual NHRA Summernationals at Old Bridge Township Raceway Park.

Force secured the top spot with an elapsed time track record run of 3.862-second pass at 331.12 mph in her Advance Autoparts Chevy Camaro Funny Car during her second session on Friday. She had not earned a No. 1 qualifier in her last two races, after earning four consecutive top qualifying positions between the Las Vegas and Atlanta events.

“It’s pretty exciting that we have done so well since the start of the season, and the team I have has been working so hard to give me a great race car each weekend,” Force said. “I really would like to get a win here, especially with the amount of fans and media attention that this track brings each year.”

Force will face Jeff Diehl in the first round of eliminations on Sunday.

Teammate Robert Hight had the second-quickest pass of qualifying with a 3.880 at a track speed record 332.43 mph in his Auto Club of Southern California Chevy Camaro on Friday night. Defending Funny Car World Champion and current points leader Ron Capps qualified third with a 3.883 at 329.67 in his NAPA Auto Parts Dodge Charger. Hight will take on J.R. Todd in eliminations, while Capps is set to face Del Worsham in the first round.

Brown set the elapsed time track record with a 3.713 at 329.42 in his Matco Tools dragster during the second qualifying session on Friday, using that run to lock-in the top position. He now has 48 career No. 1 qualifiers as he searches for the 64th victory of his Top Fuel career. 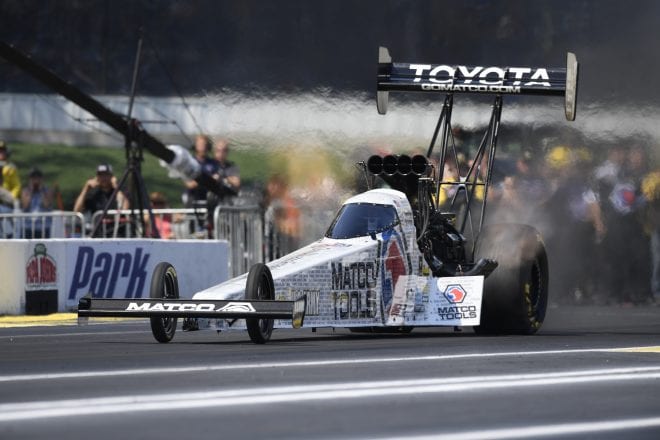 “It feels great to be back home, but I’m definitely going to take it all in and enjoy being back around family and friends,” Brown said. “This is a race that can really catapult us and get us where we need to be, because we want to catch our stride now into the Countdown to the Championship and get some momentum heading into some of the final events of the season.”

Brown is paired against Blake Alexander in round one of eliminations.

Steve Torrence landed in the No. 2 spot of the Top Fuel qualifying with a pass of 3.725 at 326.40 mph in his Capco Contractors dragster during his second pass on Friday. Points leader Leah Pritchett qualified ninth in her Dodge Demon / Pennzoil dragster as she aims for her fourth victory of the season. Torrence faces Smax Smith in the first round of eliminations while Pritchett matches up with eight-time Top Fuel World Champion and teammate Tony Schumacher.

Butner maintained his lead in Pro Stock after driving to a 6.551 at 211.73 in his Jim Butner’s Auto Chevy Camaro during the second session on Friday. Butner now has three No. 1 qualifiers on the season and six in his career. He will take on Val Smeland in eliminations on Sunday. 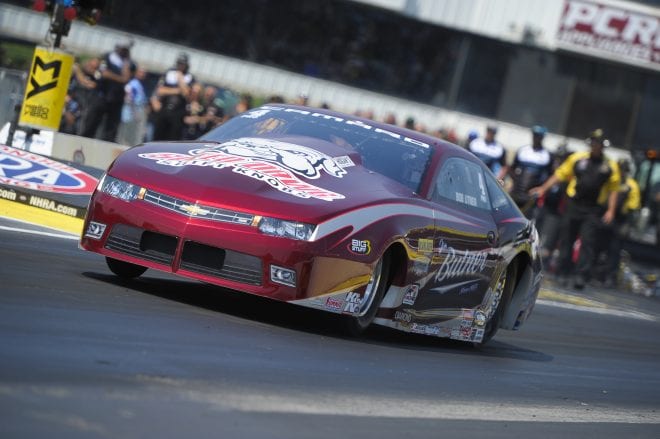 “You can’t take these No. 1 qualifiers for granted, but we are definitely hoping for a yellow hat tomorrow,” Butner said. “This has just been an awesome day and this is a pretty special birthday present.”

Rookie Tanner Gray earned the No. 2 spot with a 6.555 pass at 211.59 in his Gray Motorsports Chevrolet Camaro as he chases his third victory of 2017. Gray is paired up against John Gaydosh in the first round of eliminations.

LE Tonglet finished atop the Pro Stock Motorcycle category with a 6.800 at 195.62 in his Nitro Fish Racing Suzuki during his second pass of Friday’s qualifying. Tonglet earned his fourth career No. 1 qualifier and notched his first in the past six seasons. He will take on Kelly Clontz in eliminations. 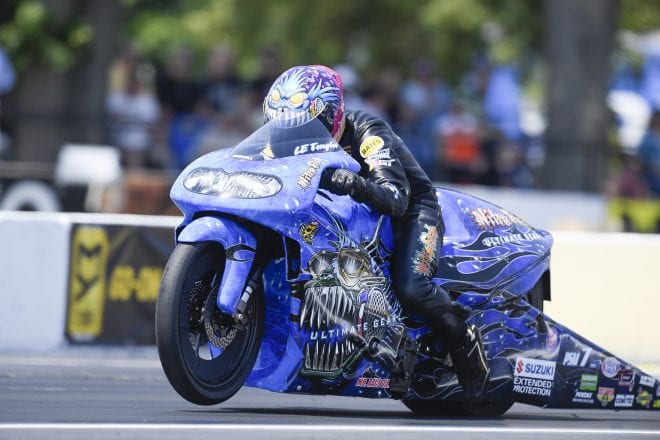 “It’s been six years since I’ve had a No. 1 qualifier, but we are really excited about this and are going to enjoy it today,” Tonglet said. “Hopefully we get four sets of yellow win lights tomorrow, that is all we are hoping for.”

The Arana family once again rounded out the top-three of the Pro Stock Motorcycle qualifying order, with Hector Arana Jr. coming in second with a 6.810 at 196.36, while his father Hector Arana had a 6.823 at 196.67 to qualify third, with both top qualifying runs coming from Friday’s qualifying.