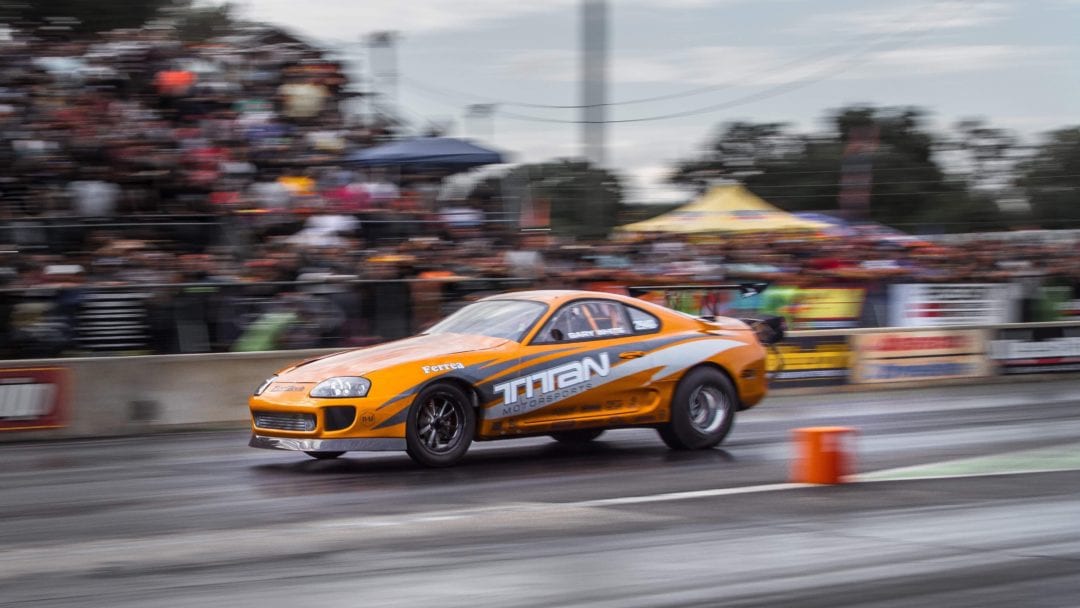 The inclusion of the X275 class into Donald Long’s “Sweet 16” event this weekend at South Georgia Motorsports Park – as well as the $50,000 prize that comes with it – has brought out an incredible list of participants, some of which may have never been expected.

It also includes at least one case of a team buying its tech card from a previously entered team.

That’s precisely what happened to Nero Deliwala and the Titan Motorsports team, which is now officially entered for this weekend’s race in Valdosta, but only after a little side bargaining.

Longtime driver Gary White will be piloting Titan’s popular copper Toyota Supra in X275, adding another entry to the loaded line-up that filled up months in advance. That’s where Deliwala ran into trouble when he tried to get a spot. Luckily, he tracked down a team that originally purchased a spot in the exclusive, first-time event for X275 racers, but weren’t going to be ready in time.

Deliwala added a small bonus to the team for agreeing to the transaction, and now White and Titan will jump right into the mix with the best X275 drivers in the world.

“We’re very excited and we were fortunate to snag a spot,” Deliwala said. “We’ve had the Supra for so long and it kind of morphed into different things. There’s not a lot of classes to run the car. It’s either a combo that wouldn’t be competitive in the outlaw races or it just didn’t fit the rules, so we decided to change the car around to fit the X275 rules.”

It’s a thrilling full-circle moment for the team to take the car that first started the company in racing to one of the biggest events in the radial tire scene – with the same crew from 10 years ago.

The process to convert the Supra started last year and they’ve made a few adjustments to the car, including changing from a factory-style rear suspension, modifying the front suspension and putting a front nose on the car. 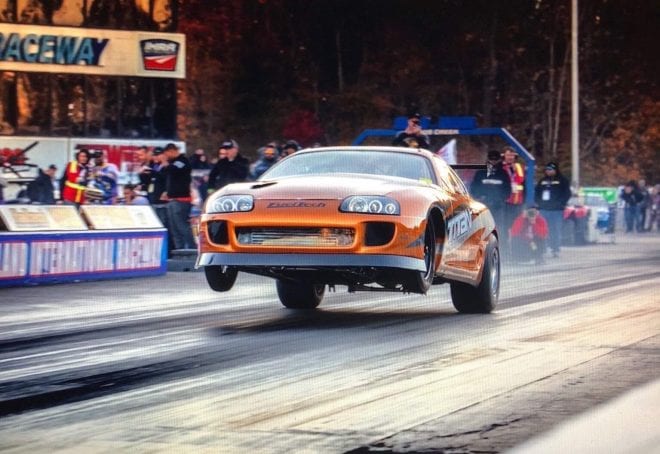 But they will use the same turbo power plant, dipping their toes into the X275 water late last season at the Import vs. Domestic World Cup Finals in Maryland. They found the car fit well in the class, and Deliwala liked the variety and parity the category offers.

“The nice thing about this class is there’s so many power adders and combinations,” Deliwala said. “With our import car, we’re not making the big horsepower that could make us competitive in Radial vs. the World. But with something limited and based around a street car, we felt we could make the same power as the other contenders (in X275) and run the car consistently and efficiently.”

Deliwala is the first to admit they don’t have the car completely figured out when it comes to its X275 set-up, but even with limited laps he feels the car can be competitive.

But having any type of success this weekend will be difficult for anybody. The competitor list is massive – well over 100 drivers – with the prize money and the chance to be part of the first X275 “Sweet 16” event on a killer track drawing every top name imaginable.

Of course, that’s also part of the draw for the Titan Motorsports team.

“We feel our power combination can be competitive,” Deliwala said. “We’re curious to see what happens when we let the clutch out, but we’re extremely excited. This car helped build our organization and the whole point of starting Titan was to race that car. To run it at a huge event like this, it’s going to be fun. Everybody is going to be going for the money, including us.”

What makes the weekend even more meaningful is doing it with a crew that’s been the same from the outset. White and the Titan team have enjoyed a great deal of driving success through a variety of series over the years, and the Sweet 16 provides another opportunity to do something new together.

“We wouldn’t have it any other way,” Deliwala said. “It’s a fantastic group we have. We’re going to be the new kids in the pond, but we’ve been able to make that work in the past, and we’ve built a lot of trust with each other over the year. We just have a lot of fun together and that’s really what we got into racing for.”