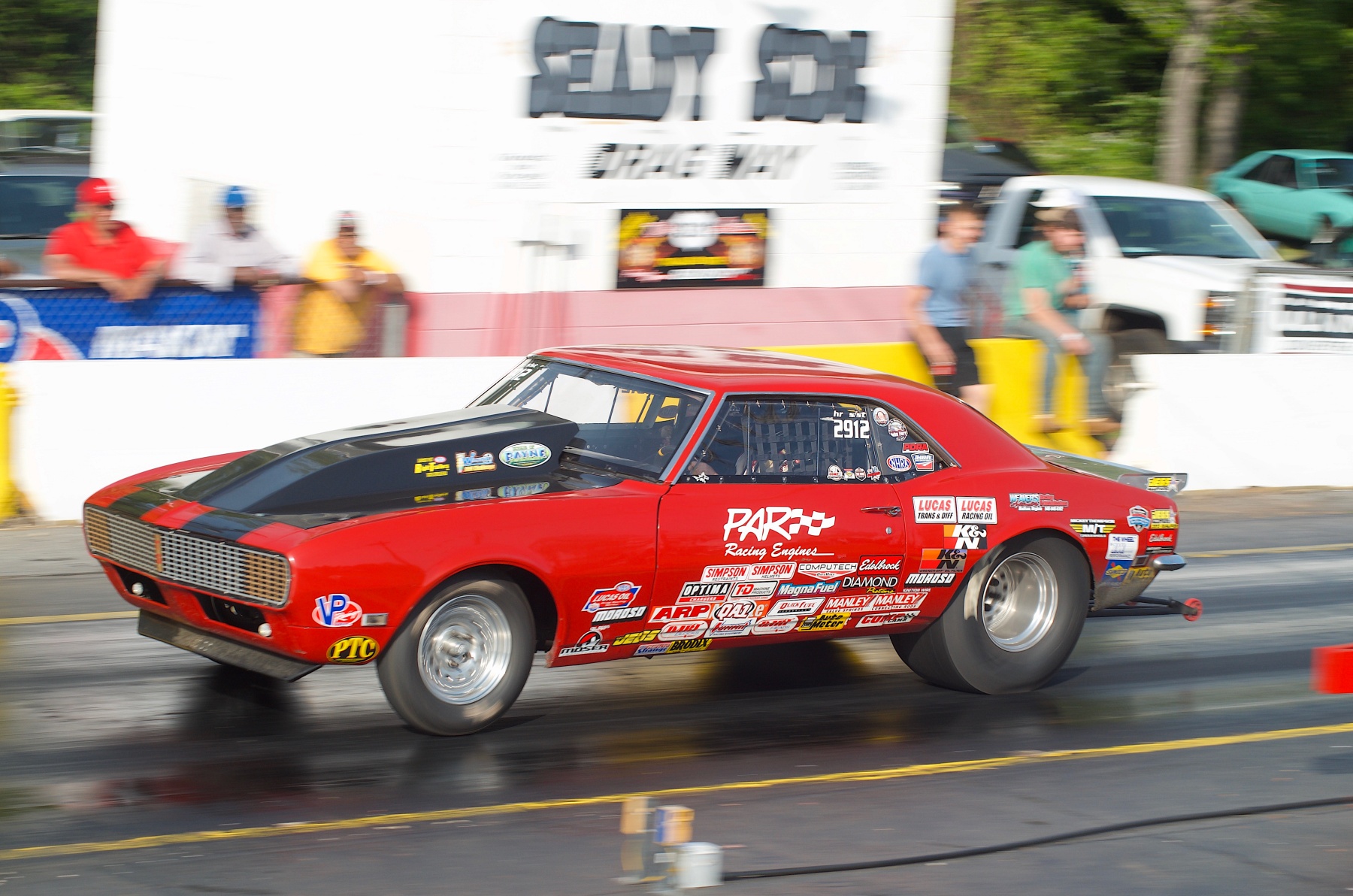 Shadyside Dragway is the kind of place that seems frozen in time in some ways, while experiencing tons of subtle updates in others. At a glance, this never-sanctioned, 1958-era drag strip is rural in location and screams “outlaw” in the purest of ways, yet it has a racing surface that can easily handle 3-second, 200-mph passes with ease. North Carolina drag racing legend Todd Tutterow proved that in 2015 when he made history by being the first racer to uncork a 200-plus mph run at Shadyside – doing it five consecutive times, in fact.

In the earliest days of its inception, however, Shadyside’s racing surface wasn’t even paved, as competitors raced on dirt until roughly 1964 before asphalt was ever laid, and the first guard walls were merely railroad ties.

Slowly but surely, Shadyside Dragway began to be updated after its beloved owner, Ronnie Buff, bought the track in 1980. He eventually moved to the track and lived on site for decades. 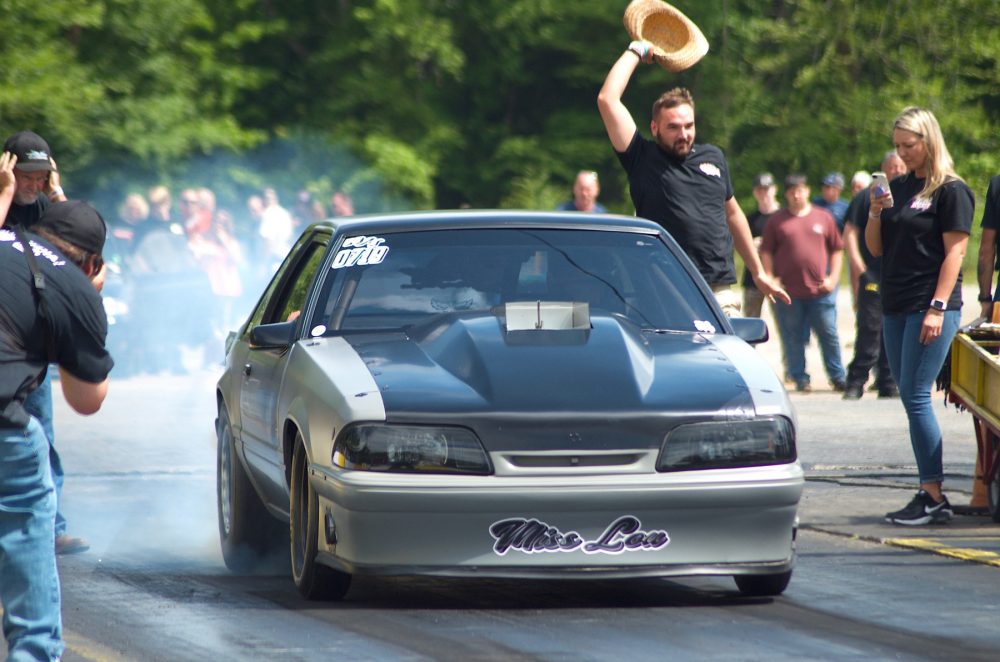 Among his first improvements was repaving the track in 1982 and widening it to 40 feet from its previous and incredibly narrow width of just 28 feet. A major undertaking commenced in 2008 for the track’s 50th anniversary when Buff ripped up the entire track and poured new concrete the entire length of the track and widened it yet again, this time to 51 feet.

Another notable change began in 2014 when Buff straightened the infamous curve in the shutdown area. The bend was so sharp that cars would actually disappear as they rounded the curve after a run, which left faster cars with no room for error. The entire project cost a small fortune and Buff worked at it for several years. 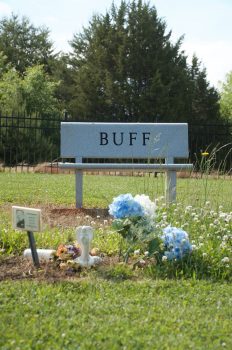 “It was my dream to see someone run 200 mph at Shadyside, but I knew that in order for that to happen I needed to straighten the curve in the shutdown,” Buff said in an interview after the project was completed in 2015. “I was literally jumping up and down for joy as I watched Todd Tutterow fulfill that dream, and I’d have to say that seeing him run 200 mph was probably my most unforgettable day in 36 years of owning the track.”

Sadly, Buff became sick a few years later and passed away in 2018. His family honored his wishes to be laid to rest at the track that he loved so much. “He told us before he passed that he wanted to be pointed toward the starting line when he was buried, so that’s what we did,” says Zackary Buff, Ronnie’s middle grandson.

Zackary, along with the eldest grandson, Seth, and Bryson (the youngest) collectively make up a trio that Ronnie lovingly referred to as his “grandbabies” and no matter how old they became, it was understood that the moniker was theirs for life. It was also understood that these hard-working and talented boys would join their father, Lennie Buff, in continuing to operate Shadyside Dragway in Ronnie’s honor.

Lennie was 12 years old in 1980 when his dad bought the track and he grew up here, as did his own sons after him, and from Ronnie they each learned the ins and outs of operating a drag strip. They all agree that the biggest challenge of operating the track these days is having to do it without Ronnie’s irreplaceable work ethic. “Dad loved to work!” says Lennie. “His heart and soul was in this track, and yes, we definitely feel like his spirit is here.”

Lennie and the boys keep the track running smoothly, and if the weather cooperates the track never really has an offseason. “We close down the week of Christmas and maybe a few more weekends depending on where other holidays fall, but generally the rule is if it’s 50 degrees and sunny, we’re running!” Seth says.

While Ronnie accomplished much in the way of improvements, Lennie and his sons want to continue updating the track as they can. In the short term, additional speakers and lights are on the agenda, along with LED scoreboards, which they hope will be installed in 2021. 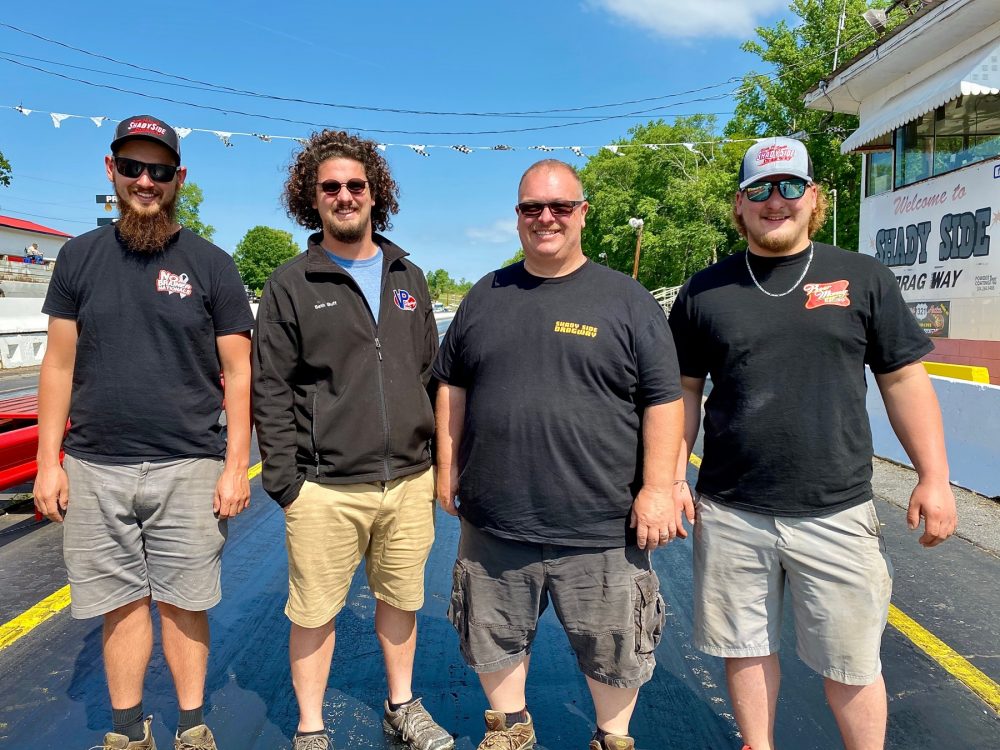 As for the racing schedule this year, many feel it’s the most action-packed roster of events that Shadyside has hosted in a long time. Typically open on Thursdays and Sundays, you’ll find everything from radial events to Harley Davidson meets, truck shows and gassers, along with the ultra-popular Shadyside Outlaws no-time series. No less than 14 points bracket races are also on the schedule for 2021.

“We have a huge support team outside of our family who also helps; people like Corey Stamper of Spoold Media, Junior Hampton, Stan Powell and Ron Eveland. Many of the workers here at the track are not our real family, but they’re family none-the-less, and if we have a holiday gathering or family get-together, they’re always invited!” Lennie says. “We’ve even taken them on vacation!” echoes Seth.

It’s a tight-knit group here at Shadyside Dragway, a group that thrives on working hard and having fun, and all involved are pumped about the happenings of this small-town drag strip. “I’m sure every track feels like this, but I honestly believe we have the best fans and racers in the world!” Seth concludes.