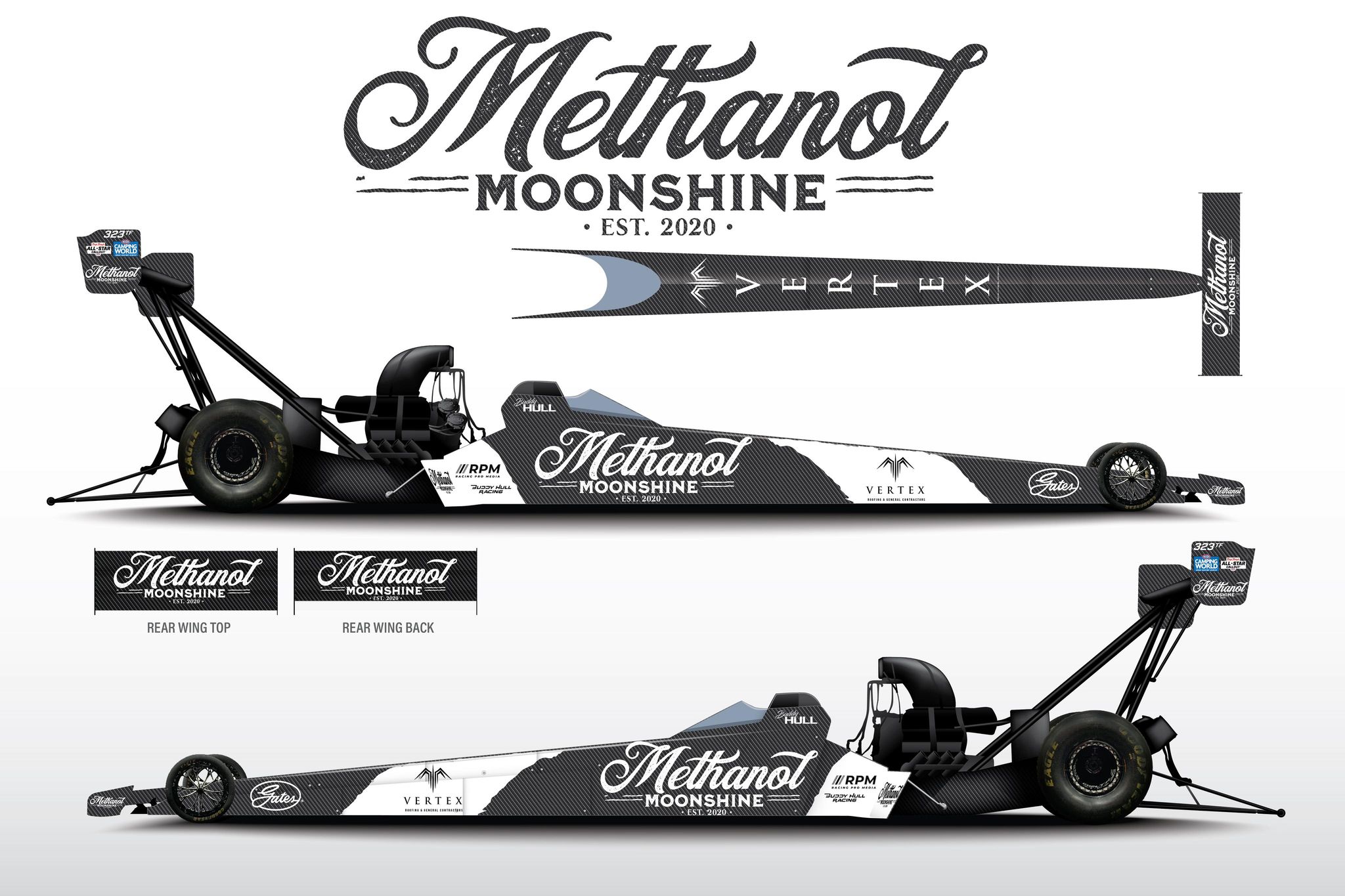 Methanol Moonshine, an Aussie take on an American icon, has a new “Buddy.”

The barrel-chested Texan with a penchant for anything and everything fast was dubbed by Methanol Moonshine founder, Wade Aunger, as “the Tony Robbins of Top Fuel” when they first met at ‘the Big Go’ this past September during the NHRA U.S. Nationals.

“I was so impressed with Buddy when Chris Bishop, Methanol Moonshine U.S.A Strategic Partner and the Racing Pro Media founder, introduced us in Indy,” said Aunger. “I knew from the second we sat down with Buddy that Chris had introduced us and brought us together for a reason. Buddy is perpetual motion. He didn’t have his Top Fuel dragster on track for the event but I could see he was running 3-second passes in his mind during our whole conversation. He has a mind like a steel trap and he doesn’t stop thinking about ways to improve his racing program and widen his sphere of influence.”

In many ways Buddy Hull Racing and Methanol Moonshine are kindred spirits (pun intended). Both are bold new players in their respective industries and both have much to gain from merging their ambitions, working together, combining their unique audiences and achieving growth together.

“The excitement and sheer power of NHRA Top Fuel drag racing is beyond comparison on many levels,” added Aunger, “but when you throw a dynamic and committed individual like Buddy Hull into the mix you have a cocktail for something completely left of center and completely wide open. The more I think about this partnership, the more I think it’s divine intervention. Between Buddy, Chris, Methanol Moonshine and I, we all feel we have something very explosive here…….Hull Yeah.”

As a Methanol Moonshine partner and as a ‘am-a-bad-ass-ador’ for the 2023 NHRA Top Fuel season, Buddy will launch the Moonshine and Motorsports brand into the high-speed & high-performance world of drag racing using his Top Fuel dragster, his image and of course his chiseled chest as platforms to promote the brand and his team.

“After working with Wade (Aunger) over the past few years and getting more familiar with Buddy over that same time frame, I knew that this was a partnership that needed to happen for both parties and would be mutually beneficial for all involved,” said Bishop.  “Buddy has charisma and a level of fan engagement that is second to none and the excitement for Methanol Moonshine is infectious.”

Buddy Hull Racing and Methanol Moonshine will collaborate on a uniquely themed brand of merchandise available exclusively through Buddy’s website and other merchandise avenues.

“I’m super excited to work with Wade, Chris, and everyone at Methanol Moonshine.  Since we started talking back at Indy, we all just hit it off and did everything possible to work together,” says Hull. “It’s an absolute perfect fit with our team and the look of the car is something special. I can’t wait to launch this partnership into a new gear through our racing program and hopefully make that trip ‘down under’ to race in a dragster there as well”