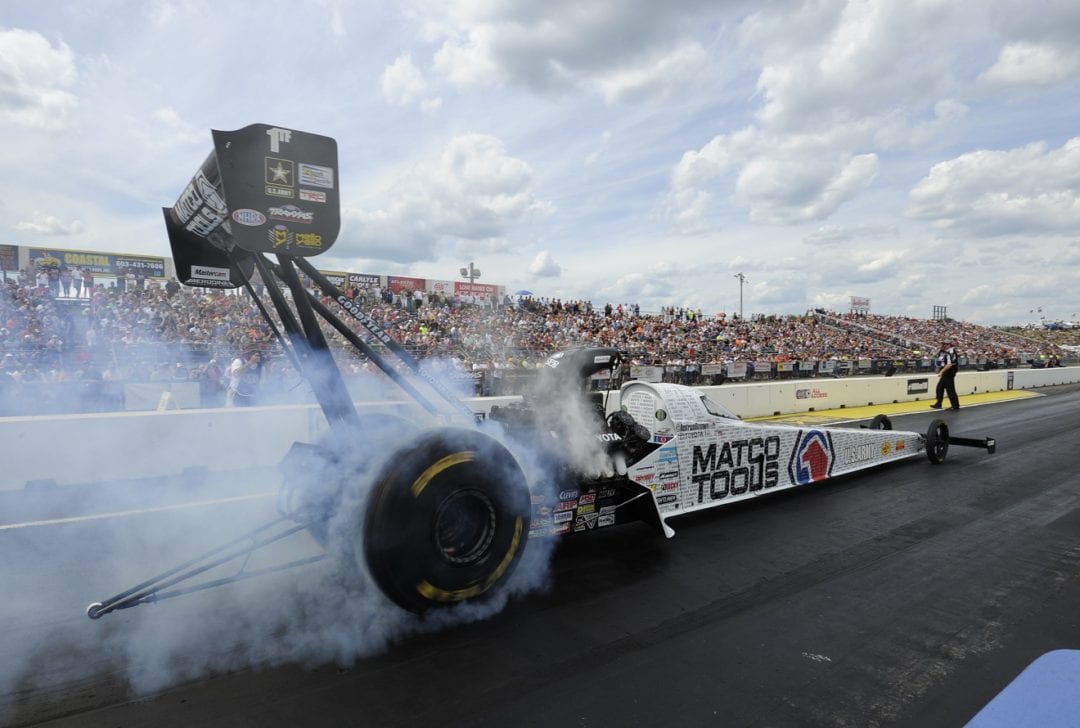 Brown closed the gap on series points leader Doug Kalitta with a convincing victory over rival Steve Torrence in the final round. Brown powered his Matco Tools dragster to a winning performance of 3.769 seconds at 314.61 mph to hold off Torrence’s Capco Contractors machine, which trailed with a 3.778 at 325.30, in a very close finish.

It was Brown’s 56th career win and his first at New England Dragway. He earned an opening round bye as the No. 1 qualifier and then defeated Shawn Langdon and Tony Schumacher to advance to his fourth final round appearance of the season. With the victory, Brown cut Kalitta’s lead from 95 to 46 points.

“The car ran great all weekend,” said Brown, who is now 18-1 in head-to-head meetings versus Torrence. “We were fortunate to get the win. That Capco team over there is no joke. Steve is a real tough competitor and we like racing against those guys because you know they are going to give you a great race every time. We’re going home to Englishtown this weekend and we are ready for it. We’ve got to keep pushing.”

Capps scored his second win of the season, second at this event and 47th of his career by outrunning Tommy Johnson Jr. in the Funny Car final. In a battle between Dodge Chargers, Capps finished in 3.923 at 325.61 in his NAPA Auto Parts machine, just ahead of Johnson’s 3.947 at 322.11 in his Make A Wish Funny Car.

Capps NAPA Dodge was quick all weekend. He took the No. 1 qualifying position and then used a consistently quick string of 3.9-second runs during eliminations to claim round wins over Dave Richards, Courtney Force and John Force en route to the final round.

“I am proud of crew chief Rahn Tobler this weekend, he let it all hang out,” Capps said. “To be low E.T. and win the race 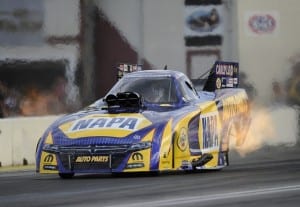 and to win here twice is cool. How about the fans that showed up today – who cut work and cut school to see some of the racing they saw today, you won’t see that every weekend. There were some nail-biters out there, including that final round. It was a fun day. We knocked off some big cars today and made a big jump in the points. I am proud of Tobler and the whole team.”

Capps, a self-described Funny Car junkie, said winning this event during two significant golden anniversary celebrations is one he will always cherish.

“I love coming here,” said Capps, who with the victory moved from sixth to third in the series points standings. “As a kid I remember reading about this place in National Dragster magazine. It’s been a dream to win here for the second time. It’s huge. There’s so many old school Funny Cars here on display this weekend. To be the guy that wins New England Dragway during the 50th anniversary of Funny Car is only fitting because I love ‘em. I love the nostalgia series. I love driving them. I feel like I was born 25 years too late.” 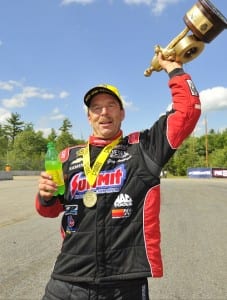 In Pro Stock, Anderson claimed his fourth win of the season and second straight at this event when he sped past final round opponent Allen Johnson. Anderson covered the distance in 6.598 at 210.44 in his Summit Racing Equipment Chevy Camaro to hold off Johnson’s charging Marathon Petroleum Dodge Dart, which left the starting line first but finished second with a 6.673 at 208.71. It is the ninth straight final round appearance of the season for Anderson and series leader Jason Line’s KB Racing team and Anderson’s 82nd career victory.

“It’s been a great start to the year,” said Anderson, who defeated V. Gaines, Alex Laughlin and Line in early rounds. “This team is on fire. It’s a dream to drive that race car. I love racing here. It feels like racing back home in Minnesota. I had the best car on the grounds this weekend and only I could’ve screwed it up, and fortunately I got the job done today.”