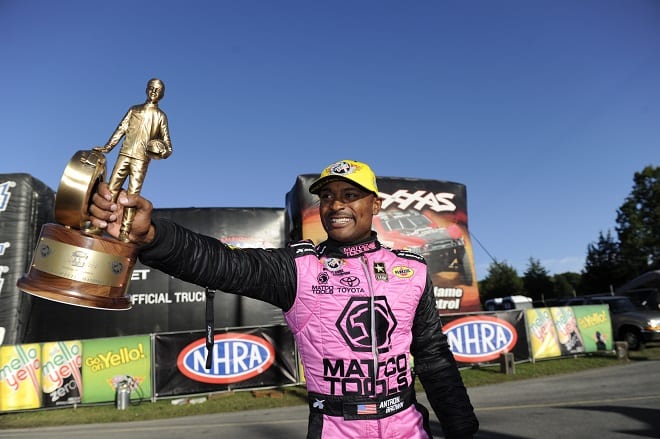 Antron Brown increased his 2015 Countdown to the Championship round record to 12-0 with his Top Fuel victory Sunday at the NHRA Keystone Nationals.

Jack Beckman (Funny Car), Chris McGaha (Pro Stock), and Andrew Hines (Pro Stock Motorcycle) also were winners in their respective categories at the third of six playoff races in the NHRA Mello Yello Countdown to the Championship held at the facility in eastern Pennsylvania. 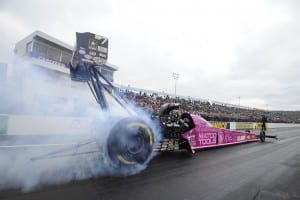 Brown drove his Matco Tools dragster to a 3.717 second pass at 328.46 mph victory over teammate and defending race winner Tony Schumacher. The win was Brown’s third-in-a-row, earning him the sweep of the first half of the six-race Countdown to the Championship playoffs. His 12-0 record is the best start in the history of the Countdown playoffs, surpassing Robert Hight’s 9-0 Funny Car start in 2009. The win gives Brown, the 2012 world champ, his 54th career victory (38th in TF), seventh of the season (a career-high) and first at Maple Grove Raceway. Prior to this year, Brown finished with six wins in a season on four separate occasions.

“You don’t go into the Countdown believing you’re going to win the first three races,” said Brown, who extends his points lead to 94 over Schumacher. “That’s what you hope to do. Charlotte was tough, but this race was also tough because you go into eliminations without any runs down the racetrack. When we came out today, it was pretty much the first session of qualifying for us. Getting a good, clean run down the track helped us a lot and the track got about eight times better by the second lap.”

Schumacher, the eight-time and defending world champ, was looking for his second consecutive Reading victory. Despite the loss, Schumacher is still the winningest Top Fuel driver at Maple Grove Raceway with five victories. He sits 100 points ahead of third place Brittany Force, who fell to Schumacher in the semifinals.

Beckman, driver of the Infinite Hero Foundation Dodge Charger R/T, defeated Chad Head in the quickest Funny Car final in history, driving to a 3.910 at 326.79 holeshot win over Head’s quicker but losing 3.903 at 326.16. Beckman, the 2012 world champ, earned his 22nd career win and career-best seventh of the season. In addition, Beckman reset the national record in elapsed time for the third time this year after running a 3.897 in the semifinals, giving him a 20 point bonus. 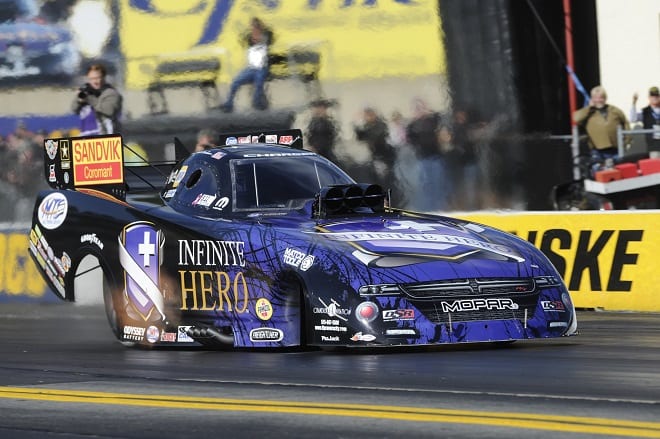 “For us, it couldn’t have ended up any better,” said Beckman, who trails points leader Del Worsham by 16 points. “We went from six rounds out to less than one round. We’re not leading, but we’ve got a car that’s clearly able to win races and I think that the lead is within sight again.”

Head, driver of the Head Racing Toyota Camry, finished runner-up at Reading for the second time in his career, the previous coming in 2013. Head’s run in the final was a career-best in both elapsed time and speed. He defeated John Force and John Hale to reach the semifinals, where he had a bye run after John Bojec failed to make the call to the starting line.

McGaha picked up his third victory of the season in Pro Stock with a 6.492 at 213.64 holeshot victory over four-time world champ Greg Anderson in his Harlow Sammons Racing Chevy Camaro. The win was McGaha’s third career win, first at Reading and moved him to third in points, 104 behind points leader and defending world champ Erica Enders. 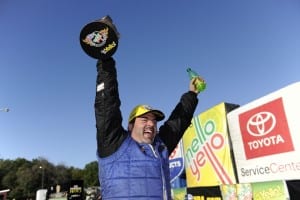 “This week has been really something,” said McGaha, whose former crew chief Brian Self left for Elite Motorsports this week and was replaced by Tommy Utt. “Having a crew chief shuffle and what-have-you, it’s a pretty big feat to overcome. You leave the house hoping you can win and knowing you can win, but actually doing it is another deal.”

Anderson was looking for his fifth win of the season in his Summit Racing Chevy Camaro. He defeated John Gaydosh, teammate Jason Line and Larry Morgan to reach the final. Despite the loss, Anderson gained ground on Enders and sits 72 points back heading to Dallas.

Enders, who won the Countdown’s opening race at the NHRA Carolina Nationals, reached the second round before falling to Bo Butner.

In Pro Stock Motorcycle, Hines picked up his third win of the season and second in the Countdown with a 6.794 at 197.25 win over Chip Ellis on his Screamin’ Eagle Vance & Hines Harley-Davidson. Hines, the four-time and defending world champ, picked up his second win at Reading and 41st of his career, which ties him for second on the all-time category wins list with Angelle Sampey. 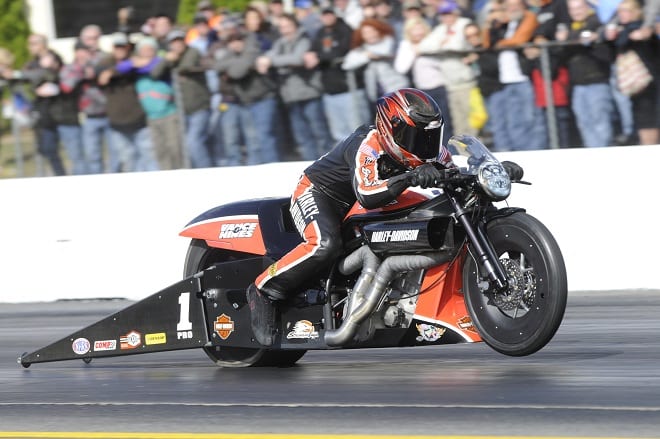 “That win light came on for the final and I was over the moon,” said Hines, who extends his points lead over teammate Eddie Krawiec to 89 points. “I know how fast Chip had been all weekend and all year. Luckily, we were able to dip into the 6.7’s with him and put up a nice, tight final round for the fans.”

Ellis was appearing in his second final of the season on his Pirana Z/Pippin Trucking Buell, also earning a runner-up finish at Indianapolis. He is still searching for his first win since Englishtown, N.J. in 2008. Ellis is now sixth in Pro Stock Motorcycle points.

The NHRA Mello Yello Drag Racing Series begins the second half of the Countdown to the Championship playoffs in two weeks at the AAA Texas NHRA FallNationals, Oct. 15-18, at the Texas Motorplex in Ennis, Texas.