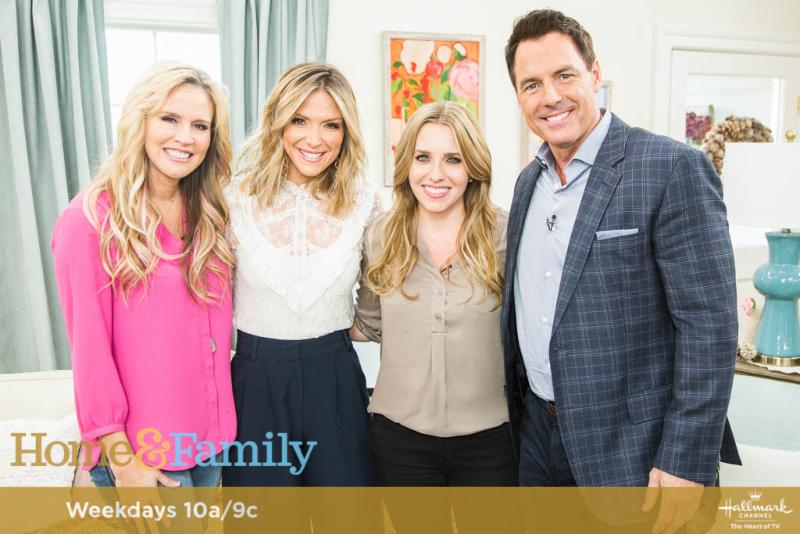 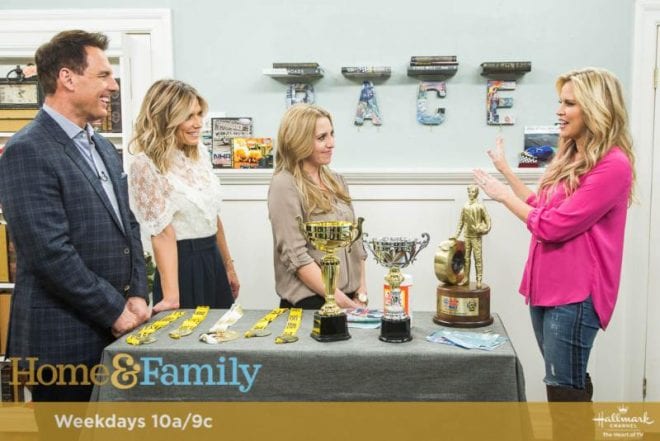 Force was on set at the Universal Studios Backlot talking about the ups and downs of her season, the support of her team and family, and the emotional reaction her farther and team owner, 16-time Funny Car world champion John Force, had after she became the first woman in 35 years and only the second woman ever to win a Top Fuel world championship.
“Having the opportunity to be on Hallmark Channel’s Home and Family was amazing,” said Brittany Force, driver of the Monster Energy Top Fuel dragster. “I loved being on the set and getting to experience the whole episode. It was great getting to talk about my team’s championship season and the reaction my dad had. I got to relive the journey to No. 1 all over again.”
Home and Family, hosted by Mark Steines and Debbi Matenopoulos, is a lifestyle series that offers viewers advice in the areas of home improvement, parenting, health and fitness. Force was featured in her own segment in the Home and Family living room and inspired a DIY segment with Paige Hemmis. Force also participated in a cooking segment with musician Moby.