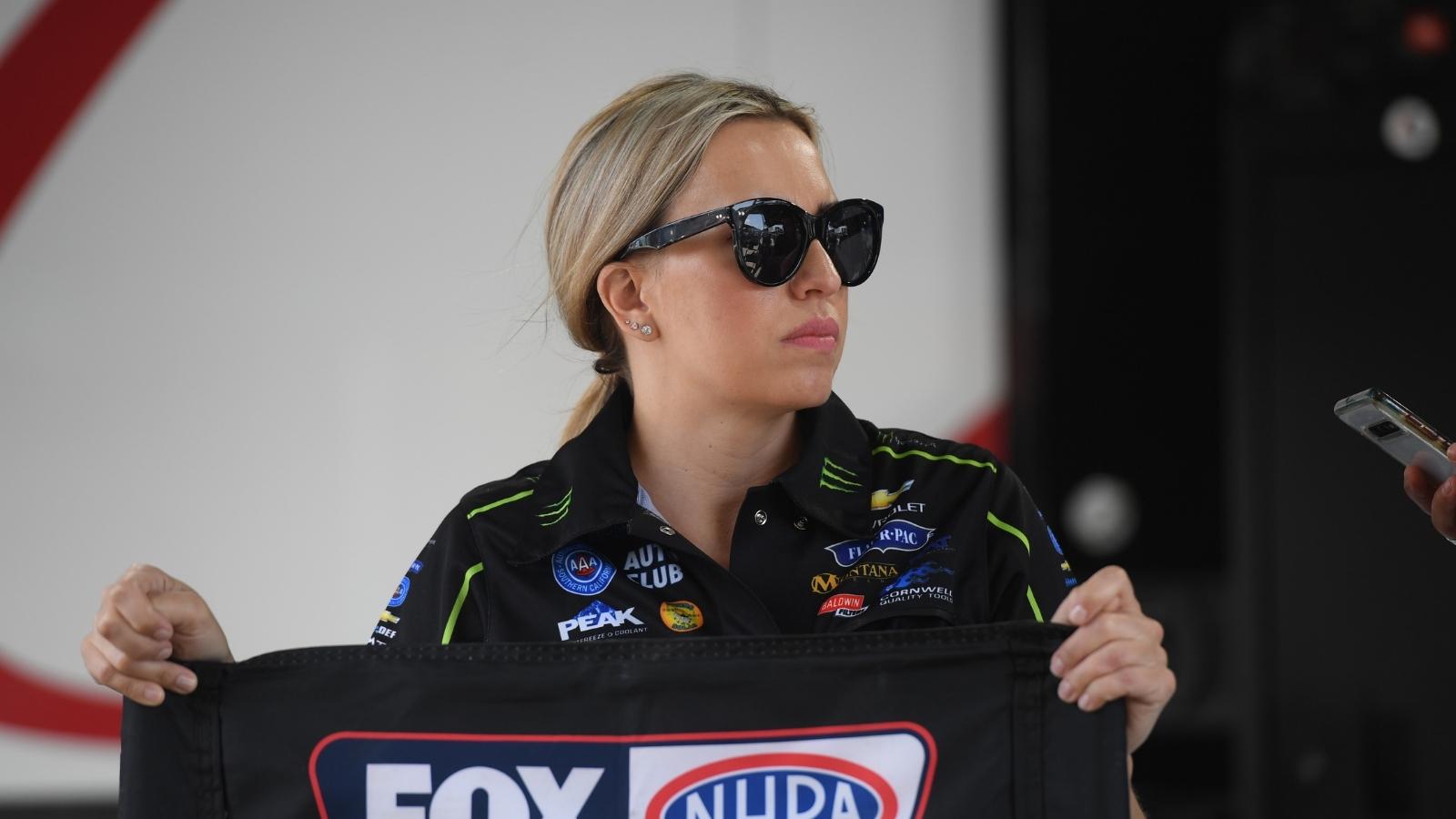 Brittany Force and the Monster Energy / Flav-R-Pac Chevrolet dragster team come into the Dodge Power Brokers NHRA U.S. Nationals at Lucas Oil Indianapolis Raceway Park as the Top Fuel points leaders on the strength of four 2022 wins. Maintaining their position through the holiday weekend would secure them the regular season championship and the top seed as they head into the Countdown to the Championship.

Already with an 94-point lead heading into the four-day event with points and a half on the table, Force and her Monster Energy team look like a sure bet to become the first team other than Steve Torrence to win the regular season championship since 2016. The No. 1 spot entering the Countdown would also put Force in prime position to become just the fourth woman in NHRA pro drag racing history to win multiple championships (after Shirley Muldowney, Erica Enders and Angelle Sampey).

Adding to the excitement of the weekend is the conclusion of the inaugural Pep Boys All-Star Top Fuel Callout which was. Force and her Monster Energy team won their first-round match-up against Antron Brown before the event was rained out at the Gatornationals in Gainesville, Florida earlier this year. Force continues the competition with the privilege of “calling out” the opponent of her choice before the semifinal round on Saturday.

“Heading into the biggest race of the season this weekend In Indianapolis. The U.S. Nationals is such a historic race and prestigious event,” Force said. “This race holds so much excitement for the fans as we run two races in one weekend. After qualifying Friday night, which is always awesome to see, we get to really kick things off with the Pep Boys All-Star Call Out where I’ll get to call out my opponent heading into the next round. It all takes place Saturday while we’re qualifying for the race day on Monday. It’s going to be a long weekend and we hope an even longer Monday. This Monster Energy / Flav-R-Pac team made it to the finals of the U.S. Nationals last year and our goal is to go all the way this year and bring home an Indy win.”

Although JFR has yet to hoist the Top Fuel trophy at Indy, Force is the track record holder at Lucas Oil Indianapolis Raceway Park at 3.645 seconds (Aug. 31, 2019) and 334.57 mph (Sept. 3, 2021) and qualified No. 1 in her last two appearances (2019 and 2021). Force will be competing to become the first woman in 40 years to capture the U.S. Nationals victory. In 2021 she came up just short matching her No. 1 start with a runner-up finish to reigning series champion Torrence.

Competition at the prestigious U.S. Nationals kicks off with five rounds of qualifying beginning Friday evening at 7:30 p.m. with two runs Saturday at 2:45 and 6:30 p.m. and Sunday at 1 and 4:30 p.m. Eliminations are set to begin on Monday at 10 a.m. The Pep Boys NHRA All-Star Top Fuel Callout will be Saturday with the semifinals at 2:40 p.m. and finals at 6:25 p.m. Television coverage of qualifying and the Callout will be on FOX Sports 1 (FS1) with shows Sunday at 1, 4 and 5:30 p.m. ET. Eliminations coverage will be split with a show at Noon ET on FS1 and the 2 p.m. ET on FOX Broadcasting Network.